Bitcoin SV stands for Satoshi Vision, is the result of the recent Bitcoin Cash hard fork that saw a forced upgrade roll out on the   BCH blockchain. A portion of the chain had taken a new direction, termed as Bitcoin SV and has been months in the making. It is a full-node implementation for BCH, peer-to-peer electronic cash system that works for the fulfillment of Bitcoin’s vision. The primary focal points of Bitcoin SV are – stability, scalability, security, and safety. The BSV project is mainly backed by Coin Geek Mining with development work by nChain. The token is denoted by BSV and has a maximum supply of 21,000,000 coins. 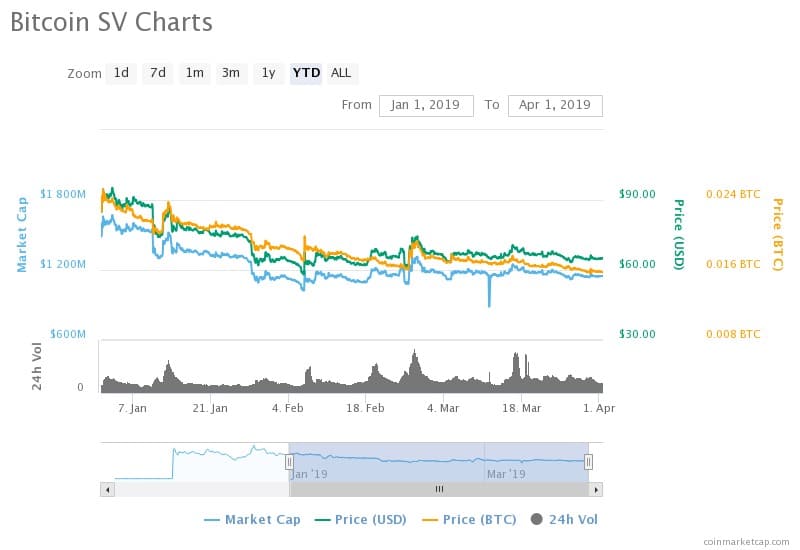 Although the current market trend does not exhibit a distinguishing outcome, the forecasts for the future of the cryptocurrency look bright. The wallet investors state that the price of Bitcoin SV would boom in a year, with the values reaching 456.809 USD based on Bitcoin SV price prediction. Furthermore, the five year forecast suggests that the price value will increase by 2000% and reach 1436.630 USD. This analysis is optimistic with the rule of bulls on the token. Similarly, trading beasts analysis the market trend and predicts the price to reach a high of 14.16 USD by the end of 2019. By the end of 2022, the price of the coin is estimated to shoot up to an average of 471.44 USD per BSV. The digital coin also predicts that the digital currency is in for an optimistic close at the end of 2019 and the years to come. The site has estimated the value to reach 98.1 USD by the end of 2019 and by the end of the 5- year time period; the price would have bounced to 257.31 USD.

The current market trend does not suit the buyers and sellers. The market does not show a significant variation in the price and the value of the cryptocurrency. The bearish pressure holds down the market growth. If the predictions and the estimations were right, the future of the cryptocurrency would change, so will its investors. However, currently observing the market trend and not investing in it would be wise.