Bitcoin SV has had quite a year. It reached its high around $450 twice after a tremendous buy-in and sell-off. It remained highly volatile for around two quarters. In mid-May 2021, it broke, and ever since then, it has lost most of its volatility. Whatever it was that was causing the huge volatility seems to have lost all its traction. Bitcoin SV doesn’t tend to follow a similar price pattern as its peers like Bitcoin or Ethereum.

The two patterns that can be seen in Bitcoin SV (BSV) are split. The first half of the year is highly volatile, hovering around its 50 days moving average in the price range of $175 to $500. In the second half in which the price range is stuck between $100 to $200 range. The pattern of BSV goes to show the inherent risk when trading with volatile cryptos. Making predictions about price patterns is not easy, but it is manageable as long as the correct strategies are used. Provided the portfolio is hedged against such market risk, it can be a long-term play where most volatility is insignificant.

Bitcoin SV is a new, improved version of the existing Bitcoin with huge block size. There are fundamentally some positives and negatives associated with the BSV. For starters, the Bitcoin SV network has some security flaws. It has no special parameters or is unique to Bitcoin, making it not that attractive. Plus, the market participation is less, thus creating liquidity issues. On the other hand, the long-term future is expected to be great since it will become better over the years provided there are no government regulations over its usage.

For the short term, expecting a sideways trending market, a strategy known as short strangle may be implemented. This involves selling out of the money (OTM) calls and put options with the same expiration. The end result is that the seller makes money by receiving a premium on the options sold. This is expected when implemented correctly in a sideways market.

It is usually a good idea to stay away from markets that we can’t understand. Not every coin will skyrocket because of Elon Musk’s tweets. This is what made Dogecoin skyrocket. As per our Bitcoin SV price forecast, investors should do their own research before putting the money on the line and be aware of the market risks. One should not deter because the market is trending sideways. By using the right strategies, one can hedge themselves against market moves and volatility. 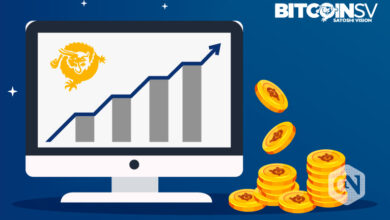