As the second largest cryptocurrency, Ethereum has switched to Proof of Stake consensus, so many investors doubt whether Bitcoin with Proof of Work consensus will be sustainable in the long run. Truly speaking, this change in the basic code has been on the To-Do list from Ethereum’s inception, but it is a hype that has been created in the market regarding Proof of Stake consensus, which is truly more energy efficient than PoW.

However, it does not affect the price of Bitcoin because BTC is already established as an asset for the long term. Any price movement of BTC due to the Merge upgrade will be based on speculation, and there is no similarity between these two protocols.

Moreover, the big investors in the market have already factored in these changes in the Bitcoin price, so it will not affect the future price movement. Many retail investors think Ethereum will surpass Bitcoin in market capitalization.

However, we think Bitcoin has already been established, so it might not be possible for ETH to suppress BTC based on the market cap and popularity. Both these protocols have their use cases. If you want to invest in BTC, read our Bitcoin forecast. 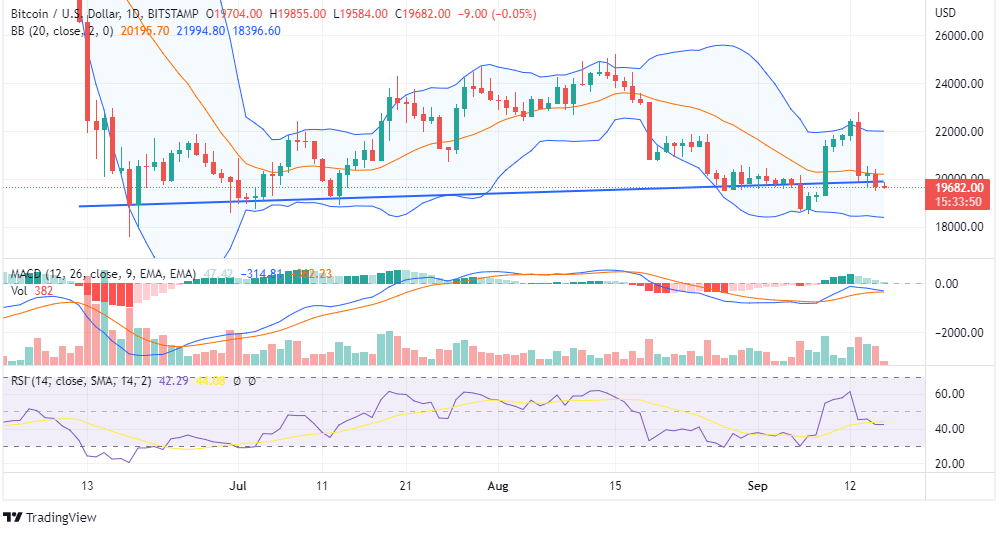 In the last two months, it has been in an uptrend, forming higher highs and higher lows, but it changed the momentum in the last week of August. Now it is around the baseline of the Bollinger Bands. Most technical indicators are neutral that suggest a consolidation for the short term. 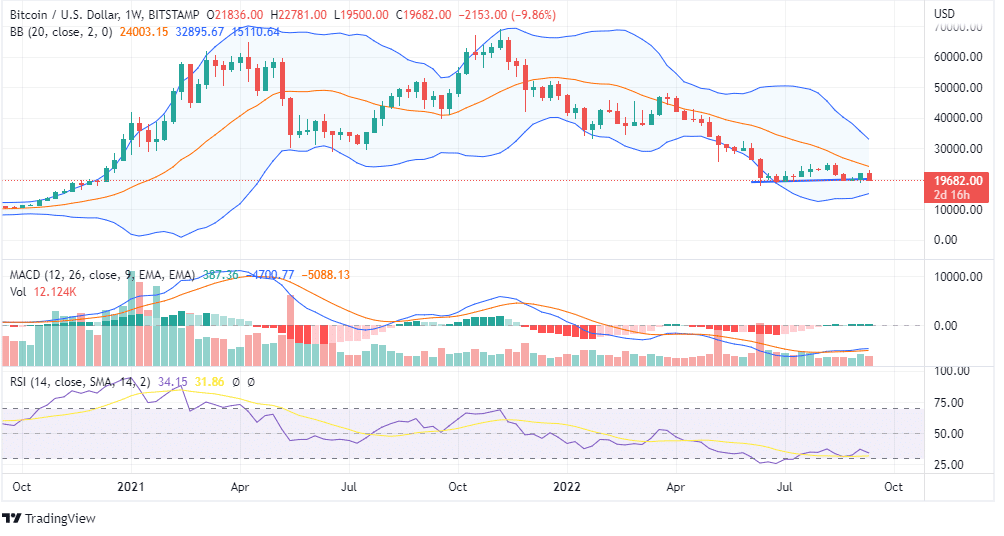 On the weekly time frame, Bitcoin has been in a downtrend, but in the short term, it has taken support around $19K, but the recent bearish weekly candle may break this support soon. Though candlesticks are forming around the baseline of the Bollinger Bands, BTC lacks volatility that suggests a consolidation phase within a range of $24K and $19K.