It is peculiar to see that both Bitcoin and Bitcoin Cash have shown similar price movements in the last 24 hours. Between 05:56 UTC and 09:37 UTC, Bitcoin lost 11.79% and approximately in the same duration Bitcoin Cash lost 13.34%. This fall was followed by a small hike of 7.94% by Bitcoin over 2 hours and 28 minutes. And Bitcoin Cash got a hike of 7.31% over the next 2 hours and 53 minutes.

Both Bitcoin and Bitcoin Cash have a bullish outlook for the near future. Bitcoin is likely to trade around 20,000 USD by the end of this year, and Bitcoin Cash may go beyond 550 USD this time. According to the price prediction of Bitcoin Cash, it is expected that BCH will rise in the upcoming years, and if you are planning to invest in BCH long term investment would be better. You can check out read more about Bitcoin Cash forecast to get a full idea about the future prices of the coin.

Both the coins have been falling in the last 24 hours. So, it is the perfect time for buying fresh coins for long-term holding.

Bitcoin Vs. Litecoin: Both Bitcoin (BTC) & Litecoin (LTC) Are on a Slope; Who Will Revive Faster? 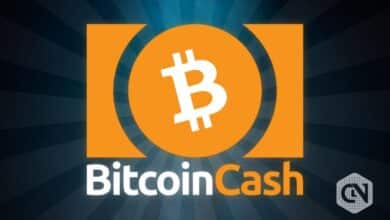