bitFlyer, digital currency exchange based in Tokyo, has announced its decision of including new altcoins on its Buy/Sell platform. The exchange, in its announcement dated September 24, 2019, revealed that the move would benefit the Buy/Sell users from all across the United States and Europe.

Per the announcement, the Buy/Sell users of bitFlyer Europe would be capable of buying and selling ETC (Ethereum Classic), BCH (Bitcoin Cash), LSK (Lisk), MONA (Monacoin), and LTC (Litecoin) in a direct and secure manner. The USA customers, on the other hand, will enjoy access to ETC (Ethereum Classic), LTC (Litecoin), and BCH (Bitcoin Cash). bitFlyer users of both these nations can have access to these new altcoin additions beginning today.

It is vital to note that bitFlyer customers only had two options in the form of ETH and BTC on the bitFlyer Buy/Sell platform. However, now they can choose from multiple alternatives. The move will also help the exchange move a step forward in accomplishing its mission of enabling widespread adoption of cryptocurrencies.

bitFlyer Europe’s COO and Co-Head, Andy Bryant, stated that with this new altcoin additions, they are expanding the platform’s Buy/Sell offerings significantly. The decision would provide their customers with swift access to a few of the world’s biggest altcoins.

Continuing further, Bryant explained that those assets were available only to their Japanese clientele previously, so they are now consolidating their offering across regions. It is a step in creating a global platform serving traders from across the world. Making the most out of the extensive experience bitFlyer has had in Japan, Bryant believes that they can offer their US and European clients the same levels of transparency, simplicity, and speed which their Ethereum and Bitcoin trading clients already enjoy.

At present, Bitcoin Cash, Ethereum Classic, and Litecoin are ranked at 4th, 20th, and 5th positions, respectively, in the list of top 20 cryptos in terms of market capitalization. The other two altcoins, MONA and LSK, have a smaller market cap which is why they are not broadly available in Europe as yet.

bitFlyer, Inc. is a renowned, licensed, and one among the longest-standing digital currency exchanges in Japan. In 2017 November, the company unveiled its US division. Post that, its Europe subsidiary came into existence in January last year. It’s the only crypto exchange that is licensed in the US, Japan, as well as Europe.

Kik Messaging App is Closing Down; The Focus Has Now Shifted to KIN

Bitfoliex Along with Traxalt Grace the Digital Finance World 2019 in Frankfurt, Germany

VALR Gathers R57-million In Funding Round To Promote Crypto Sector

Bitbns collaborates with Sylo to boost crypto adoption in India 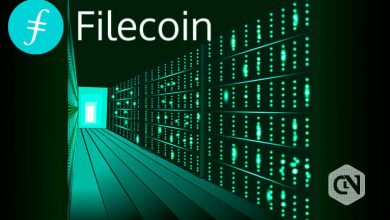 The Filecoin Controversy: A Detailed Analysis