As per the latest reports, the Bitfury Group that is the world’s biggest full-service blockchain tech firm is all set to establish an innovation and research center for Blockchain in Hyderabad. For that, Bitfury has already joined forces with the blockchain District of Telangana. The reports also disclosed that the company would be offering all the associated members required incubation, courses, as well as mentoring support.

It is vital to note that Blockchain District has prominent entities in the likes of C-DAC, Tech Mahindra, IIITH, and the Government of Telangana as its founding members. MLR Institute of Technology is also a part of it as it supports development, research, and incubation.

The collaboration between Blockchain District, the ISB (Indian School of Business), and Bitfury took place on Saturday, October 12, 2019. On this occasion, the website and logo of the Blockchain District were also launched by Telangana Government’s Principal Secretary of IT, Electronics and Communications Department, Jayesh Ranjan.

With this partnership, ISB will offer investor network access, business expertise, co-working place, and plenty of additional advantages to the Blockchain District start-ups.

Divulging insights, Ranjan stated that the Government conceived Blockchain District after in-depth consulting with academia and industry. It aims to be one of the top 10 prominent ecosystems for blockchain technology in the world by proactively attracting prime schemes for developing infrastructure, talent pool, innovation, research, as well as community building.

Ranjan also stated that Blockchain District offers a platform that allows stakeholders to come together and co-develop blockchain technology solutions, which is at an embryonic stage today but has a huge potential in the upcoming years. Continuing further, he was quoted as saying,

Telangana being the hub of innovation and technology would always strive to be the first mover in tech-domains.

Waves Introduces a New Version of Its Smart Contract SDK 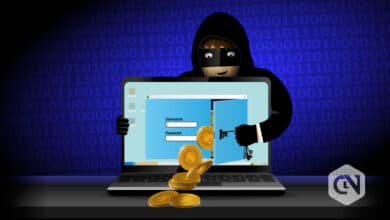