Bithumb, South Korea’s largest cryptocurrency exchanges now provide payment services to ‘Asia’s Amazon’ customers willing to pay in cryptocurrencies. The major online marketplace now allows this platform for Korean users to use their cryptocurrencies through the exchange and pay in exchange for their purchases and shopping on Qoo10.

The new plans of the cryptocurrency payment platform were announced by Bithumb on Wednesday with their launch of the services for the major marketplace known as Qoo10, also well-known as the Asia’s Amazon. The companies signed the contract this years’ August and developed a payment platform for the customers of Qoo10 and use the option of Bithumb Cash.

According to the exchange, the Bithumb cash payment services for Quoo10 commenced on the online marketplace from 5 November. The new payment option is noted alongside other payment options that the platform offered to its customers which were PayPal, Payco and E-Money, now involves Bithumb cash.

However, it should be noted that the new services are currently limited to only the Koreans, living in the country and overseas. The services are not for the residents of the country which means that foreigners will presently not have access to the payment option as of yet. The representative from Bithumb also emphasized that the company is working to implement the option for all of its users as soon as they are ready. 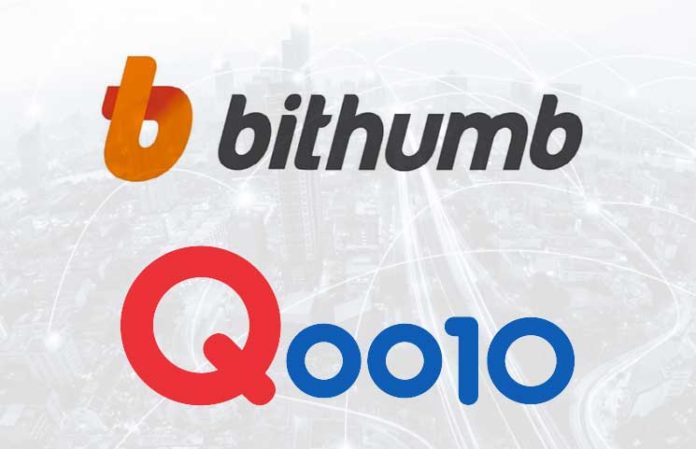 The website of Qoo10 states that their services are available as an online marketplace in five countries. According to the other party in the contract, Bithumb, it claims that the Korean e-commerce company is “the # 1 shopping mall in Singapore, and has become a leader in Asian e-commerce markets such as Hong Kong, China, and Indonesia.

One of the representatives of Bithumb talked with news.bitcoin.com about the payment option, and he explains, “For every customer. Bithumb cash is the total value of their cryptocurrencies and KRW (South Korean won).” He further confirmed that the “Cryptocurrencies such as bitcoin (BTC) would be converted automatically into KRW at the market rate.”

Bithumb says that they were working on creating a much simpler payment system for its customers that allows them to use their cryptocurrencies and KRW to pay in exchange for goods and services. Moreover, the official from the exchange company confirmed that the user could use all their cryptocurrencies from their Bithumb balances.

Once the user exhausts their Korean won from the accounts, they can also choose the type of cryptocurrency which should be used first to cover their purchases. The payment option, in turn, allows the same choice for the shop owners to decide what they are willing to accept among crypto and Korean currency.

The Bithumb representative subject stated, “Most franchisees want to reduce the risk of price fluctuations, so they often choose to work with the won.”