Recently, Bithumb Global initiated a native coin for the Bithumb blockchain network, which can be anticipated to be launched at the beginning of 2020. Further, a hard cap of 300 million coins will be minted by the exchange, and a large portion of the exchange’s income will be utilized to exhaust 50% of BT’s token supply.

Are you guys curious about What's #BithumbCoin? What's the relationship between Bithumb Coin – $BT and #BithumbChain? 🤔 Let's find out 👇https://t.co/Hu7MyT9Xq9

The token permits transactions inside Bithumb Chain, which empowers plenty of various use-cases. Bithumb Chain was created by top-notch experts within the security, IT, cryptography and financial sector.

As indicated by the official declaration, the exchange will use the coin for dealing with fees, the right to utilize Bithumb Chain and for the future payment systems. Also, tokens can be utilized to vote in-chain governance for investment decisions for the exchange’s blockchain framework.

The exchange was established in 2013 and is based in Seoul. Bithumb provides cryptocurrency trading that is combined with South Korean Won (KRW). Moreover, 100 plus trading pairs are listed on the exchange. In trading volumes, Bithumb Global is ranked 34 by the CoinMarketCap presently.

Bithumb Chain can be explained as the decentralized open-source protocol that powers the services, products, and infrastructure inside the Bithumb environment, which assists in acquiring a value both upstream and downstream of the trading industry.

Bithumb is the most client-friendly digital asset environment with huge liquidity and a solid cybersecurity framework. BT has a good future ahead for their 8 million Bithumb clients participating in the ecosystem. Besides, Bithumb Global is the worldwide arm of Bithumb Korea, which is one of the leading exchanges on the planet, with an aggregate exchange volume of more than 1 trillion US dollars.

Buying Opportunity for the King of Altcoins: Aka Ethereum 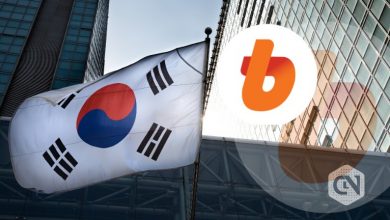