Research and development arm of BitMEX, the Seychelles based crypto exchange, BitMEX Research announced on Monday that it has installed the Blockstream Bitcoin Satellite system which will allow it to download and verify BTC’s blockchain without internet connection. In the official Twitter thread, BitMEX Research said that the newly installed satellite connection has enough bandwidth to ‘keep the node at Bitcoin’s tip.’

We have installed the @Blockstream Bitcoin Satellite system, a way to download and verify Bitcoin’s blockchain via satellite, without the need for an internet connection

Blockstream is one of the world’s leading providers of Bitcoin and blockchain solutions, especially for financial markets. It is the brainchild of Dr Adam Back, the renowned cryptographer and computer scientist, who also invented hashcash used in Bitcoin mining. Blockstream is focused on reducing the need for trust reliance making the industry more efficient, and in the case of BitMEX Research, its Bitcoin Satellite system has reduced the reliance on the internet.

The Blockstream Satellite system is a hardware kit costing around $1,200 a per kit, which contains a Satellite Pro kit and a Flat-Panel Antenna. In the official blog on BitMEX’s website, it was stated that the kit functions with Linux OS, a handful of custom Blockstream software, and a modified version of Bitcoin Core v0.19.1.

BitMEX is among the biggest crypto exchanges in the world, and therefore, being technologically upgraded is one of its top priorities. To meet this requirement, it has established its research arm, like other major blockchain networks (Binance Research, Ethereum Research, Huobi Research, etc.). The successful installation of the Bitcoin Satellite system is a big break, and with further development, could give BitMEX a technological edge over its competitors.

MCO Price Slashes with a Steep Correction below $4.5 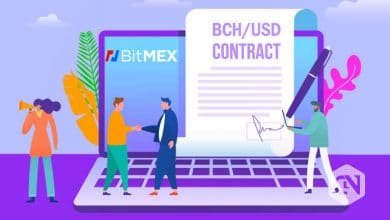