Block.one has reportedly reached a civil settlement on the company’s sale of an ERC-20 token through June 26, 2017, to June 1, 2018. Under the settlement with the U.S. Securities and Exchange Commission (SEC), Block.one is entitled to pay a fine of 24 million dollars.

Block.one is a leader in IT, focused on developing high-end blockchain applications. It developed an open-source tool known as EOSIO, built explicitly to expedite the scale and ease down its implementation for secure, transparent conduct databases. The venture capital firm, EOS by Block.one, is an investor in projects, as well as in developments that employ EOSIO technology worldwide.

The incident is directly linked to the ERC-20 token sale over the ETC blockchain network in a given time period. The token is not in circulation, trading, or required to be listed under the SEC security. The event solves the ongoing disputes of Block.one and SEC.

The SEC gave Block.one a crucial waiver at the same time. According to the waiver, Block.one will not be subject to limitations that might come with such settlements. Block.one feels that the waiver given to SEC epitomizes Block.one’s consistent commitment to comply with rules and follow best practices throughout the world.

The company issued the following statement:

“We are excited to resolve these discussions with the SEC and are committed to ongoing collaboration with regulators and policymakers as the world continues to develop more clarity around compliance frameworks for digital assets. The extraordinary success story of America is in part built upon its rich history of supporting entrepreneurship and emerging technologies, and we encourage and applaud the efforts of entrepreneurs and leaders from tech, finance, and other industries who are striving to make the U.S. an environment where technology can advance and thrive in a predictable and inclusive way.

Blockchain’s ability to better align organizations with their consumers, increase the transparency of critical database infrastructure, and better distribute value and wealth throughout society remains our company’s focus, and we will continue to fight for the development of our industry to achieve as much alignment around policy and best practices as possible. As always, we are humbled by, and thankful for, the community support that enables everything we do.” 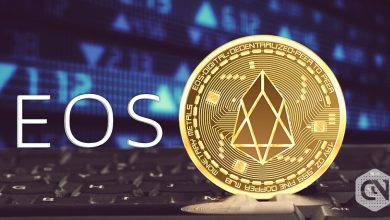