Blockchain tech is booming and blooming in almost every know internet based sectors, and social media is one of them. EOS has been among the leading platforms for dapps, and certainly among the best in terms of innovation.

One of EOS prominent development sub-networks, Block.one has introduced a blockchain based social media platform called Voice. The platform focuses on rewarding the users for original content while maintaining complete transparency. The announcement was made via an official tweet by Block.one:

Introducing Voice – social as it should be https://t.co/0qYiE2HYsy

Block.one states that transparency will be a core part of the user experience. It also promises that there will be no hidden algorithms or invisible interests. Block.one CEO, Brendan Blumer, commented that the traditional social media platforms are designed to use their users, indirectly taking a jibe at Facebook and the Cambridge Analytica debacle, which still haunts the world. He further added,

Our content. Our data. Our attention. These are all incredibly valuable things. But right now, it’s the platform, not the user, that reaps the reward. By design, they run by auctioning our information to advertisers, pocketing the profit, and flooding our feeds with hidden agendas dictated by the highest bidder. Voice changes that.

Voice will promote the creation and promotion of original content on social media platforms while avoiding fake accounts. The network will focus on a self-sustaining economy of ideas, which will directly benefit users from engagement on the platform. Block.one’s new project will have a special emphasis on security, privacy, and user-friendliness, which will be critical to promote and protect original content.

Electroneum Price Analysis: Besides the Bearish Market, The Crypto is Having Marginal Recovery 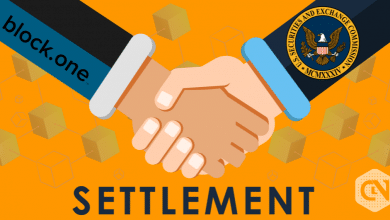