Serving the blockchain community with its unparalleled consulting and advisory services, the BlockchainArmy has added another feather to its credit. Erol User, the globally renowned Turkish businessmen and the honorable spearhead of BlockchainArmy, has announced the results of the very first polling event channelized using the expertise of the new-age technology, Blockchain. The poll covered the potential implications imposed by the recent deadly COVID-19 pandemic outbreak. The questions seemed to draw the attention of the audience towards all the major incidents that have taken place globally amid the chaotic crisis arisen. It was successfully concluded three days ago.

According to the official reports announced by the leading firm, the event was a huge success as it witnessed active participation of a whopping population of more than 11 million people hailing from more than 108 countries across the globe. The event has received applauds globally as it paves the way for the strengthening of blockchain networks worldwide. The poll was a one-of-a-kind experience for the organizers as well as the participants as it involved the systematic utilization of the most advanced and innovative technologies.

The announcement made by Erol User highlighted the core pedagogies employed for organizing the globally-scaled poling event. A selective system based on the excellence of Artificial Intelligence was used to chalk out the varied variety of questions for the poll. The firm was keen to get the results independently and in a transparent, secure, and trustworthy manner. The use of Blockchain technology was made to drift away from the incidences of manipulation in the results. BlockchainArmy considers the poll event as a path-breaking or a game-changing event for the blockchain community as a whole. The poll has proved the worthiness of blockchain technology in the events involving global voting or pooling mechanisms.

The wide range of questions asked in the poll are mentioned below. Have a look:

There exists a general conception/perception that the ongoing COVID 19 crisis has proven that:

3-Vladimir Putin, the Russian President is a visionary

4-Prevention saves more lives than acting at the last moment

5-Health professionals are worth more than a footballer

6-Europeans are not educated as they appear

9-Oil is worthless in a society without consumption

10-Death does not distinguish race, color or social status

14-Now we know how animals feel in zoos

16-There are those who earn millions and do not serve humanity. Not idolatrous.

18-Health workers are alone, abandoned and forgotten. Even though they never give up

20-Does aid favor the wealthy, and do we need them? Those who live day by day are disoriented

23-Human are real viruses on the planet

25-We are not preparing for a pandemic

26-Politicians take the opportunity to pull the rival’s rug

27-More should be invested in health rather than festivals

29-Digital life is a need

The questions appear to be logical and compel the participant to ponder upon the weird situation we are being dragged into by the coronavirus pandemic. Erol User is a popular name in the crypto industry and is the proud Founder President of BlockchainArmy. He has always been a keen supporter of blockchain expertise. Erol has graced several blockchain-focused social gatherings by being a keynote speaker or a member of an elite panel. He has given some extraordinary speeches on the use of blockchain technology in various fields of operation and has been an ardent supporter of potential projects which have the capacity to take blockchain technology to new sky heights. 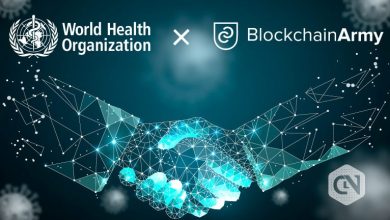 BlockchainArmy Appointed by WHO to Fight Against COVID-19