Bitcoin has been one of the most popular debate topics since its inception in 2019. The world has been divided by various opinions of the ultimate cryptocurrency. However, Samson Mow’s recent comments of Bitcoin has triggered another controversy.

During a television interview, Mow said that Bitcoin was not meant to be fast is quite slow. He suggested that for being reliable, Bitcoin needs to be slow. His comments didn’t seem to go down well with the crypto community.

Samson Mow is an influential personality in the crypto space. He is the CSO of Blockstream and is also the CEO of Pixelmatic. His comments on any cryptocurrency are viewed closely and have an effect on the markets. Bitcoin, being the trendsetter in the crypto space, is highly reactive to what’s being said about it. When asked by a user, what is his the unpopular opinion he has about Bitcoin, Mow replied saying that credit cards are more practical for spending.

According to a tweet by Bitcoin’s official account, Mow and Blockstream don’t believe that Bitcoin could be global money. However, if one closely looks at what Mow is saying, one would realize that he is not just blatantly criticizing Bitcoin.

What Mow is indicating that Bitcoin is just too big to be a payment instrument, which is quite true. The humongous value apiece makes it almost impossible for people to use Bitcoins to make daily payments. Mow recently said,

Bitcoin isn’t for people that live on less than $2 per day.

What this essentially means is that Bitcoin is not meant for the lower middle-class income group. Though he is being trolled for his statements, Samson Mow is an established name, and it’s difficult to strike down his opinions simply by trolling him on social media.

Bitcoin Gold (BTG) Price Analysis: Why There Is So Less Talk About Bitcoin Gold? 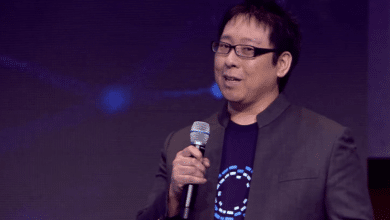 The Entire Bitcoin Dynamic is Changed by the Lightning Network, Says Samson Mow