BLOCKTV, a leading televised news outlet that’s dedicated to the crypto and blockchain sector, has announced that it would list its native token called BLTV on Bittrex Global on November 21, 2019. BLTV is an ERC20 token that operates on the blockchain of Ethereum. The token aims towards powering an upcoming token economy that combines content creators, advertisers, and consumers.

BLOCKTV’s CEO, Aviram Elad, said that they believe they have discovered a way to offer not only maximum transparency but also cooperation between various stakeholders in the times when news organizations worldwide are looking for alternative models for funding their newsrooms. Talking about the future plans, Elad revealed that they plan to finish the development and roll-outs of their proprietary tech features over the upcoming year.

BLTV token helps to fund quality journalism by eliminating the unpredictability with respect to the users’ interaction with ads and content. The firm has also developed an in-house proof of engagement mechanism called Eye Prove Technology that offers instant tracking as well as remuneration for the users who scan the ads appearing on BLOCKTV player. The earned tokens, in the Engagement Center, can then be utilized by the viewers.

Interestingly, there’s a UI that enables users to nominate, vote, leave comments, and rank segments, and also some features, which would eventually impact specific broadcast coverage elements of BLOCKTV.

The company also firmly believes that today’s young and savvy audience would recognize the potential and reasoning behind such a model. 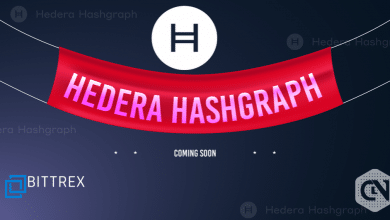