BTCC, the cryptocurrency exchange with headquarters in Hong Kong is reported to soon launch its exchange services this month, in South Korea. BTCC was formerly named BTC China, will now launch services for South Korea according to the reports on The Investor. It will probably kick start from 31 October with beta services initially and then make an official launch in November with its complete program, says the publication.

Some of the reports available from the Korean website of the exchange also say that the services aren’t limited to only cryptocurrency exchange facilities. Instead, it will also provide means for mining pool, wallet services as well as a consumer payment services.

The website revealed the new plans officially on their Korean page by announcing, “the world’s first cryptocurrency exchange BTCC is preparing to open in Korea.” The Korean website also discussed the plans of adding new services such as wallet and mining pool and they are expecting to develop services for ‘real-life use’ and to establish an online-offline payment method using cryptocurrency.

For expanding their grasp on greater masses, BTCC says they will grow its footprint with strategic partnerships with local as well as global firms, says the news outlet. It is clear that this is surely a way to make sure that their services received by a larger specter and would market more tie-ups to mark its reach through the enterprises and companies it will affiliate. 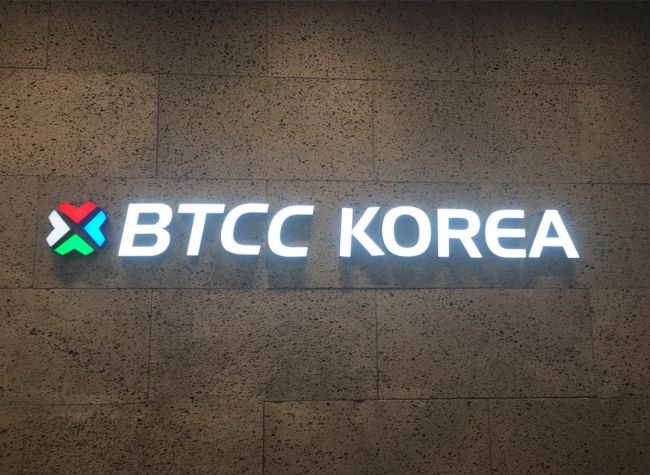 BTCC was founded back in 2011 and was considered to be one of the world’s largest cryptocurrency exchanges regarding trading volume. However, that was before the ban on ICOs and cryptocurrency set in China last year that the exchange firm was forced to move their operations outside China. As a result, major enterprises dealing with digital currencies decided to move their operations to Hong Kong and set new headquarters there.

The BTCC currently provides service for BTC, ETH, LTC, BCH, and DASH – against the USD. All the latter cryptocurrencies out of the five can be traded against BTC (bitcoin) as well. However, the official listing of which coins will be traded by BTCC Korea isn’t yet announced.

BTCC is among the several major crypto exchanges that were forced to find their way in Hong Kong when China announced new rules against cryptocurrencies and ICOs. However, several exchanges found success in setting up their new firms and deal with the Chinese government crackdown.

One such exchange is Huobi, which set new headquarters in Hong Kong and decided to launch Korean operations as well. The new operations for Korea launched in March where the company offered trading services for more than 100 coins and over 200 markets, says the company website.