The association of a business house or a brand name with a sports team has become a part of the financial world. However, when it comes to cryptocurrency, every event comes in the limelight owing to the profits and risks that go hand-in-hand with it.

One such recent news which created a lot of buzz in the digital currency arena was the collaboration of Bitcoin exchange, BtcTurk, with the football club, Yeni Malatyaspor.

Turkey’s dominant Bitcoin and cryptocurrency exchange, BtcTurk has entered into a sponsorship deal with Turkey Super League football club, Yeni Malatyaspor. This partnership deal has led to the change in the name of the club to ‘BtcTurk Yeni Malatyaspor’ for the Süper Lig Cemil Usta Season 2019-2020.

With the sponsorship deal, BtcTurk becomes the first cryptocurrency exchange to enter into the world’s first-ever professional sports club partnership. Apart from the name change, the jersey of the football team will also shine the BtcTurk logo during its matches in the 2019-2020 season.

Yeni Malatyaspor, the popular Turkish club playing for Süper Lig, is most likely to earn a whopping amount of 7.5 Million Turkish Lira as fee depending solely upon their performance.

Özgür Güneri, the reputed CEO of BtcTurk, shared his happiness towards the sports club alliance with his firm. The spearhead personality said:

And now, we are excited to make another breakthrough in our country and in the world, bringing Yeni Malatyaspor, one of the successful clubs in Turkey Super League and BtcTurk together. We believe in the future of Turkish sports and football, and aim invest more in the forthcoming years. With this agreement, we have taken a significant step to increase awareness towards Bitcoin and contribute to healthy growth of cryptocurrency industry in Turkey as well. BtcTurk Yeni Malatyaspor will provide significant momentum to such vision through its contributions it will make to Turkey Super League. I would like to thank Mr. Adil Gevrek and BtcTurk Yeni Malatyaspor Management for their support and contribution to such a unique sponsorship deal.

BtcTurk- A Revolutionary Platform for Turkey

Founded in 2013, BtcTurk shines tall as Turkey’s largest cryptocurrency exchange. It was founded by Kerem Tibuk and takes proud as Turkey’s first cryptocurrency exchange. Since the time of its inception, BtcTurk today provides services to more than 650 thousand investors. The dedicated team of more than ninety employees caters to the requirements of its clients 24/7. 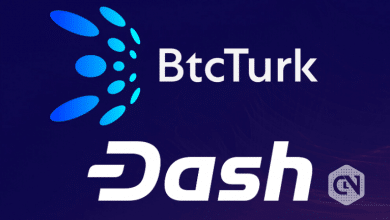