It is rightly said that Data is the new Gold. As the whole of America does not have any strong data protection law as yet, California is likely to lead the show. From January 1, the landmark California Consumer Privacy Act or CCPA is going to be effective that provides increased control of the users on their data.

The whole law was a brainchild of real estate developer turned privacy activist, Alastair Mactaggart. He seems adamant about changing the way the Silicon Valley companies are using users’ data for financial gain. It should be noted that he has already captured more than 600,000 signatures in the support of the law and allegedly spent more than 3 million USD to let the voters have a say on this.

“Whether or not we have everything in this particular law or the next one, it’s a massive beachhead,” Mactaggart says. “Being California, we just have a unique opportunity. As we go, so goes the nation.”

The Act in Details-

The CCPA will give the Californians the right to know how a particular company is using their data. The act also calls for transparency by collecting companies on what data they are collecting and to whom they are selling the data. It also gives special protection to the children under 16 as it out rightly bans the selling of data of Children. The companies can be sued by the users on any violation. The complete set of regulations for enforcing the law is yet to be finalized.

The new CCPA is, no doubt, the most advanced privacy protection law of the United States. However, there are certain loopholes that are widely debated by activists.

The responsibility of protecting the data is still on the users. People have a general tendency of accepting every term of privacy on good faith and the large data collecting companies are allegedly taking advantage of this. As per research, more than 63% of Americans understand a little or nothing about the privacy and protection of data. So, this CCPA seems to have a huge room for improvement.

The CCPA is yet to give any clear idea regarding how it is going to deal with large companies like Google and Facebook. Facebook has already given a statement that they don’t sell users’ data but they only send it to the third party. This way they are seeking exemption. As per the primary information, a company can be fined $2,500 per violation or $7,500 if the violation is proved intentional.

Another huge loophole of the law is that it doesn’t enable users to sue the company in most of the cases. The Attorney General has been made the chief privacy officer.

The law covers every company that has even a single Californian as its consumer. Microsoft has already said that it would extend this privacy protection countrywide. However, the CCPA exempts small businesses with less than $25 million in revenue or the companies with data of less than 50,000 people.

How to Avail the Protection-

Californians have already started receiving emails to make changes to the agreement. All that one has to do is filling up a simple form and sending it to the company concerned through the mail. Parents can fill it up and send it on behalf of their teens.

The company has to delete the information or data as per the request letter in 10 days and the users are entitled to get a response regarding the same in 45 days.

It will be operated on a pilot basis from January 1. If it trades well, we should not see much delay in the application of the law on this line throughout the nation. In the times when we see huge data privacy breach, this law seems to be a step in the right direction.

Is USMCA the Best Till-Date for the American Tech Industry? 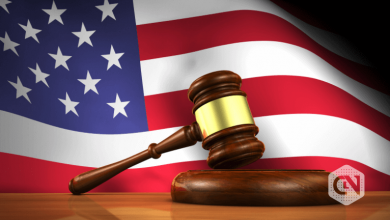