Apparently, a Twitter post by Elon Musk did manage to do the wonder. Musk’s conversation with the German automaker- Daimler have ignited the inspiration for collaboration for an electric van project. This is inspired by ‘Sprinter’, a Mercedes Benz product. On this matter Daimler CEO Dieter Zetsche said-

“The outcome is open.”

How it all did get started? Well in November last year, a Twitter user once suggested Elon Musk that it would be a good idea to see Tesla make an electric van. The user said- “Shame that’s not a Tesla VAN. Because we REALLY REALLY REALLY REALLY need a good tough as nails electric trades van. We burn fuel like crazy.” To this Musk responded-

Maybe interesting to work with Daimler/Mercedes on an electric Sprinter. That’s a great van. We will inquire.

After this conversation, one of Tesla’s executives (ex-employee at Daimler)- Jerome Guillen contacted Daimler to suggest a joint venture. The two giants are discussing and planning is in progress, but as of now, no concrete plans are revealed. There are probabilities that the Daimler may launch an electric version of its own product- ‘Sprinter’ somewhere late this year, or it may get modified based on the inputs by Tesla, or the two companies may work together on creating a unique electric van in near future. The Sprinter is famous for its functional genius, yet there is room for modernizing the design of the vehicle.

Looking at the history between these two companies, Daimler invested 50 Million Dollars in Can a Single Tweet be Powerful Enough to Forge an Alliance Between Mercedes- Benz and Tesla? back in May 2009. During that time Tesla was still a startup, and Daimler back then held a 9 percent stake in the then start- up for the amount of 50 Million Dollars. Daimler held the equity position in order to boost the commercialization of electric cars. But in the following two months, Daimler shifted 40 percent of its Tesla stake to investing arm of Abu Dhabi government, as per the reports from CCN. 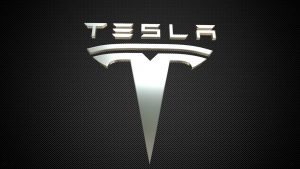 In the electric car race, these two companies are not having any monopoly. The risks and performance pressure is high. Tesla’s major competitors are Volkswagen, General Motors, and Ford, who is not leaving any stone unturned to beat each other in the competition. For instance on 14th Jan. this year, Volkswagen announced its investment of 800 Million dollars into its plans to expand an electric vehicle plant in Chattanooga, Tennessee, as per the reports obtained from CCN. It announced a generation of 1000 new jobs and the launch of its first electric vehicle in 2022. Ford, on the other hand, is also planning to invest 11 Billion Dollars in the creation of electric cars by 2022 as well.

“We talked about a huge investment in electric vehicles. […] We have 16 models that are in design and development. We have a pretty big surprise coming next year.”

Musk’s take on the cutthroat competition-

Elon Musk is one of those who prefers to embrace the shake rather than getting intimidated. He rather sees these challenges as the opportunity that can help him to push his goals of ‘promoting the widespread use of electric cars’ as per the reports from CCN. In December last year, he said-

“The whole point of Tesla is to accelerate the advent of electric vehicles.”

Musk rather would like to prefer good quality products and innovations coming into the world rather than being too much concerned with who brings them into existence. He will still be proud to see any company producing excellent quality of electric cars. Last year, he told ’60 Minutes’-

“The whole point of Tesla is to accelerate the advent of electric vehicles. […] If somebody comes and makes a better electric car than Tesla and it’s so much better than ours that we can’t sell our cars and we go bankrupt, I still think that’s a good thing for the world.”

Who created Bitcoin? And The Deep State’s role in the Bitcoin 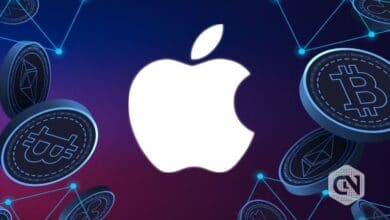