Every so often, a new cryptocurrency is launched that shocks the industry and pushes it to new heights. Cryptos like Binance Coin (BNB) and Chainlink (LINK) enjoyed massive success, and Dogecoin (DOGE) was a meme coin that took some time but still made its name in the crypto world.

What is Binance Coin (BNB)?

The BNB Chain’s native cryptocurrency is called Binance Coin (BNB) (formerly known as the Binance Smart Chain). BNB, short for “build and build,” was introduced in 2017 together with the Binance Exchange. It began life as an Ethereum network ERC-20 standard coin but was switched to the BNB Chain in 2019, which aided in its September 2020 launch. Its move to its blockchain increased its transaction speed and reduced transaction fees made with BNB. Binance Coin (BNB) was initially utilized to obtain discounts on transaction costs, but since then, its uses have grown. Several services can now be paid for with BNB on platforms that support it.

Additionally, it can be utilized to buy a few of the fresh cryptocurrencies that work with the Binance Launchpad. The main trading pair on the Binance Decentralized Exchange (DEX) is the BNB, which is supported by several games and Decentralized Applications (dApps) built on the BNB Chain. Holders of Binance Coin can stake their tokens to take part in voting on the governance of the Binance ecosystem and donate their BNB to Binance Charity.

Through the collaborative use of blockchain technology, smart contracts, and outside data sources, Chainlink (LINK) stands out from the crowd. Chainlink is a platform built on Ethereum that provides incentives to members of its community (users and purchasers) through a network of computers. The cost for this and other transactional actions on the network is paid with the Chainlink token. However, they seem to be a little bit costly considering the way their mechanism was created.

Furthermore, Chainlink’s decentralized network structure enables users to run nodes and profit from the crucial data infrastructure required to operate blockchains. Additionally, Chainlink powers a significant number of decentralized price feed oracle networks that are already in use and protects billions of dollars worth of assets for top dApps (Decentralized Applications) like Synthetix, Aave, and others.

Internal and external users with access to the system can move and alter NFTs because of their dynamic nature. An upside to this is the transparency it offers which is a lack of security; hackers could tamper with users’ assets.s, but it comes at a cost,

During the initial coin offering (ICO) in September of 2017, the team behind Chainlink announced that it would have a max supply of 1 billion LINK tokens. The initial price of one LINK token was $0.11, and 350 million of these tokens were sold during the ICO. Chainlink (LINK) experienced a major bull run between 2019 and 2020, and the term “LINK Marines,” a slang term for LINK bulls, became one of the most popularly used terms in the crypto industry.

In May of 2021, LINK hit $52.88, which was the highest it had ever been, thanks to a resurgence enjoyed by the crypto industry in 2021 and some modifications that were made to the Chainlink ecosystem that year. By the end of September 2021, there were over 450 million LINK tokens (just over 45%) in circulation.

Binance Coin (BNB) and Chainlink (LINK) have good histories in the crypto industry, and they have been able to amass loyal communities. Still, there is a new cryptocurrency that has so much potential that it might end up outshining these two crypto giants.

All About Big Eyes Coin (BIG)

Big Eyes Coin (BIG) is a new player in the industry that has already managed to make a name for itself. It has plans to bring a lot of wealth into the Decentralized Finance (DeFi) world, and it wants to join the fight for a noble cause and contribute to saving the oceans and marine life. It is a community-driven DeFi cryptocurrency, and community-driven cryptos have a good history of being major wealth generators for their community and charitable causes. 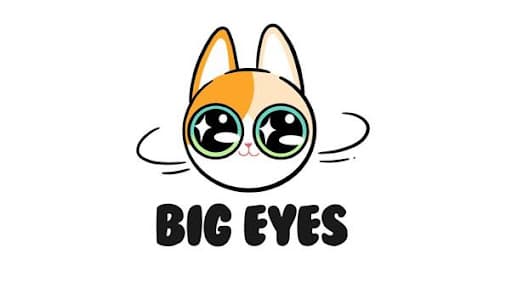 Big Eyes Coin has been designed with a max supply of 200,000,000,000 tokens, and it will have no buy or sell tax. 90% of the tokens will be available to the community on its release, and the tokens will be distributed as follows: 70% of tokens will be sold during the public presale. 20% for exchanges. 5% will go to the marketing wallet. 5% will be held to be given to charity.

There will be a 10% tax for NFTs to be distributed as follows:

4% will be given to the original seller.

5% will be given to the NFT holders.

1% will be given to charity. 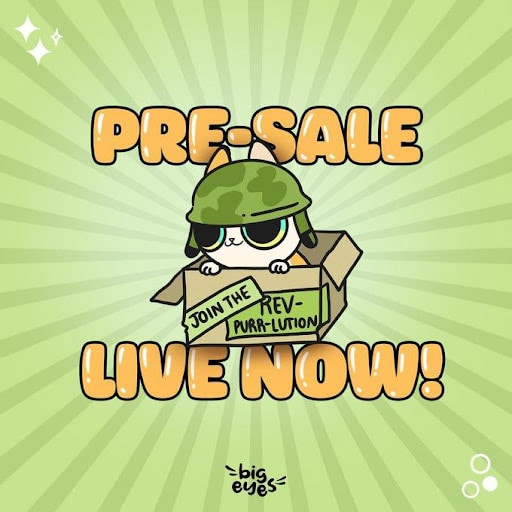 What Is the Roadmap for Big Eyes Coin (BIG)?

The plan that Big Eyes Coin (BIG) has laid out isn’t just a roadmap, but it is a plan of action, and it is split into four stages.

Stage 1 – Crouch: This stage will include the following:

Stage 2 – Leap: In this stage, Big Eyes Coin (BIG) will be launched on Uniswap. It will also see the launch of the full website, verification of social media channels, 25,000 telegram members, 20,000 token holders, the launch of the influencer campaign, another media stunt, digital stickers, NFT snippets, and the merch shop. Big Eyes Coin (BIG) will also launch the Big Eyes Swap; it will be listed on new swaps, the first bridge will be added, and the meme machine will be fully tilted. The community will be given Big Eyes Coin (BIG), and this stage will see the first charity donation.

Stage 3 – Run: Here, the NFTs will be released, and the first NFT exclusive IRL event will be held. The second charity donation will be given, and during this stage, Big Eyes Coin (BIG) will gather 50,000 telegram members and 50,000 Big Eyes Coin (BIG) holders. This stage will also see the launch of a massive influencer campaign, bigger media stunts, a refresh of the community digital stickers, and the meme machine will go into overdrive.

Stage 4 – Catwalk: This is the final stage, and it will be all about community events. A $1 million donation will be given to charity at this stage, and more chains will be bridged. The NFTs will also evolve, and more swaps will be added.

Binance Coin (BNB) and Chainlink (LINK) have shown market dominance in recent years. However, Big Eyes Coin (BIG) provides its users with a rewarding system and no taxes or fees on transactions. They also support a noble cause that benefits all humans, and that is the fight to save the oceans and marine life. Big Eyes Coin (BIG) cares about its community and the planet, and it’s easy to see that Big Eyes’ heart is as big as its eyes. The presale will only last for a limited time, so this is the best time to buy Big Eyes Coin (BIG).

DeFi Crypto Assets To Watch Out For Before the End of 2022: Immunicorn Finance, Uniswap, and Chainlink