Bitcoin has been on an upward trajectory for almost 20 days, and we have witnessed more and more participation from different buyers. Particularly the easing of grey market woes, where people predicted the fall of Bitcoin as the funds become available to be used. Witnessing a strong reversal from new lows has fueled a bullish sentiment and re-engaged investors who became skeptical of Bitcoin becoming bullish again. Their increased participation has become a strong pillar of upside momentum in the near term.

In the long term, we expect Bitcoin to consolidate near $50,000 before trying to attempt a retesting of its all-time high as per Bitcoin price prediction.

What Is New in the Current Bitcoin Rally?

The price action on Bitcoin has been quite substantial and aligns with the positive sentiment we are witnessing in the broader crypto market. Compared to the similar rally of April 2021, the rally that started on 21st July 2021 has been ongoing even in August 2021. It is much different because of some factors. The drawdown from breaching resistances has been much smaller as compared to other cryptocurrencies.

This rally is fuelled by buying on dips, but the fact that Bitcoin has always outperformed in longer durations is fueling the market. Even some analysts have suggested a price target of above $100,000 to be seen in coming years. Crypto investors have learned that volatility will stay and they must keep invested in enjoying the long-term gains offered by Bitcoin. 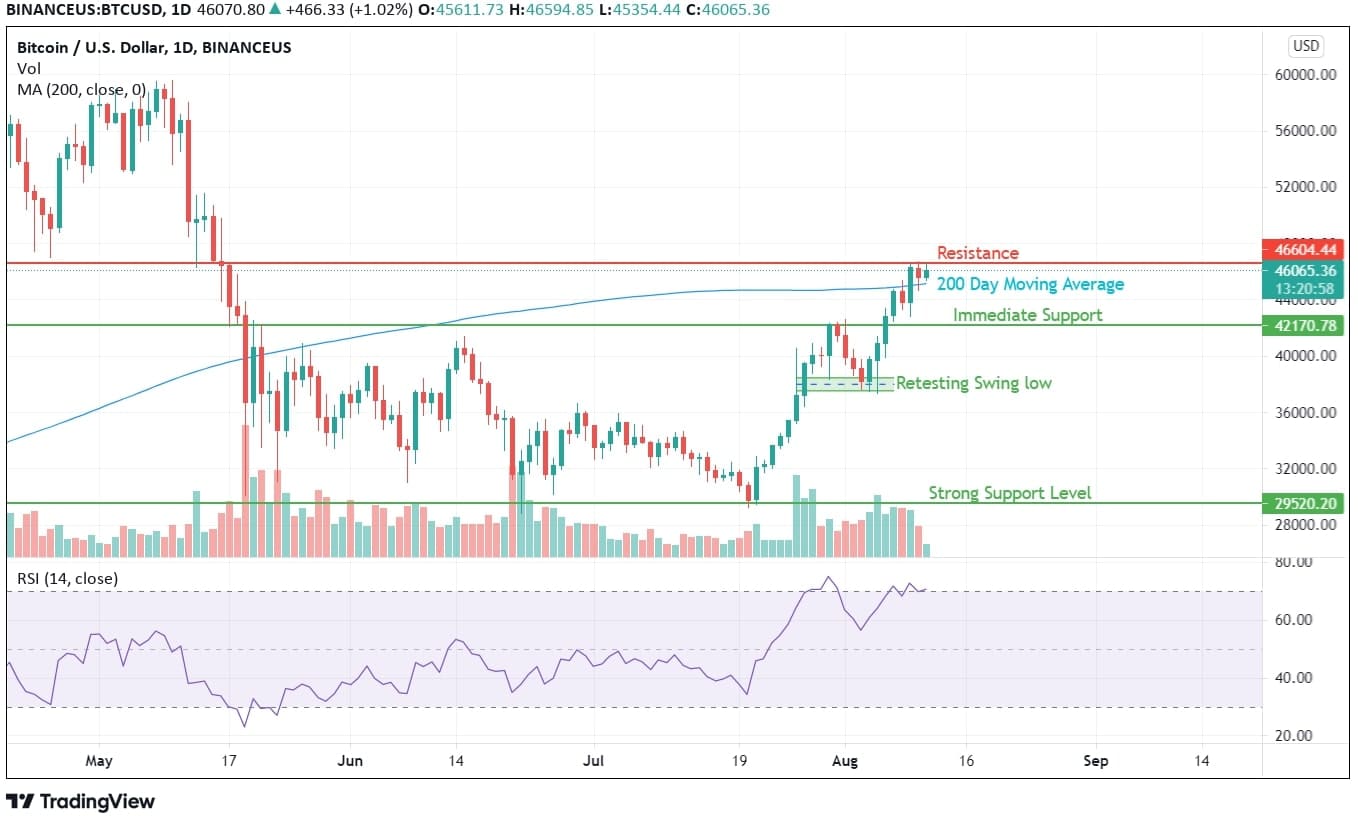 The price analysis of Bitcoins daily chart shows we are close to the resistance level of $46,604. BTC has no resistance from this point ahead, and we expect it to consolidate around $50,000 before giving a breakout or breakdown pattern to follow for the months to come. Since we are close to the nexus point of $50,000, one should be extremely careful before investing in Bitcoin, especially after the recent rally from $29295 to $46740, which comes out as 59.5%.

Compared to the negative consolidating months of June and July, we are witnessing a rise in volume. This indicates increased investor action and more buying and selling, fueling the rally. On a price action basis, the retesting of its swing low on 4th August gave staunch proof of its buying action and helped BTC reach close to $50000. We can expect BTC to continue moving towards $60000 in the next two months on a grand scale. But the price momentum will completely depend on the action around $50000.

The 200 Day moving average can also be used to measure the bullish sentiment as it comes out to be $45000 and rising with the higher price action. 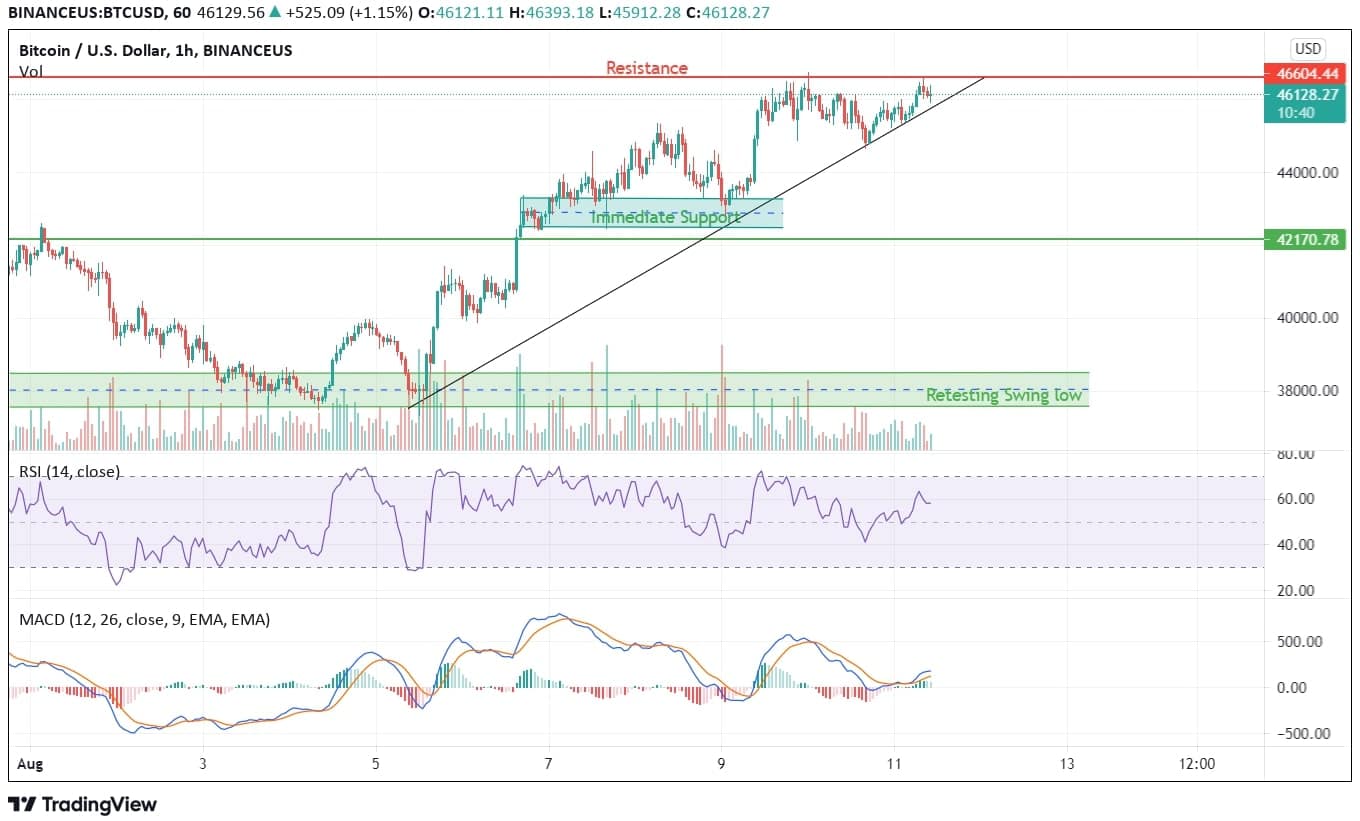 Bitcoin has maintained a steady swing movement and is trading close to a resistance, which can be expected to break very easily. As per our Bitcoin price prediction, we expect BTC to consolidate after reaching $50000. For the time being, one should monitor the momentum before adding funds and buying more at such levels. On the other hand, BTC can fall back to $42000, which comes out to be a good buying level. RSI is trading in the bullish zone, and MACD is ideally indicating a higher positive swing.