Bitcoin has been stumbling for a long time and has recently registered a 50% drop. From the highs of $64967 to the lows of $28810, it touched on June 22, we have witnessed a strong pullback of more than 20%. As of now, bitcoin is trapped between stiff resistance and strong support levels. The future price action on this crypto counter will direct its momentum in the coming days.

The plethora of bad news has pushed Bitcoin price down to about 50% but is the bad news over? Well, that is a question only time can define; the basic prospect of BTC was in creating a decentralized currency that could fill a lot of gaps otherwise not possible in fiat currencies. We are staring at a valuation-affecting scenario with multiple trading platforms being banned and regulatory action all around the globe. 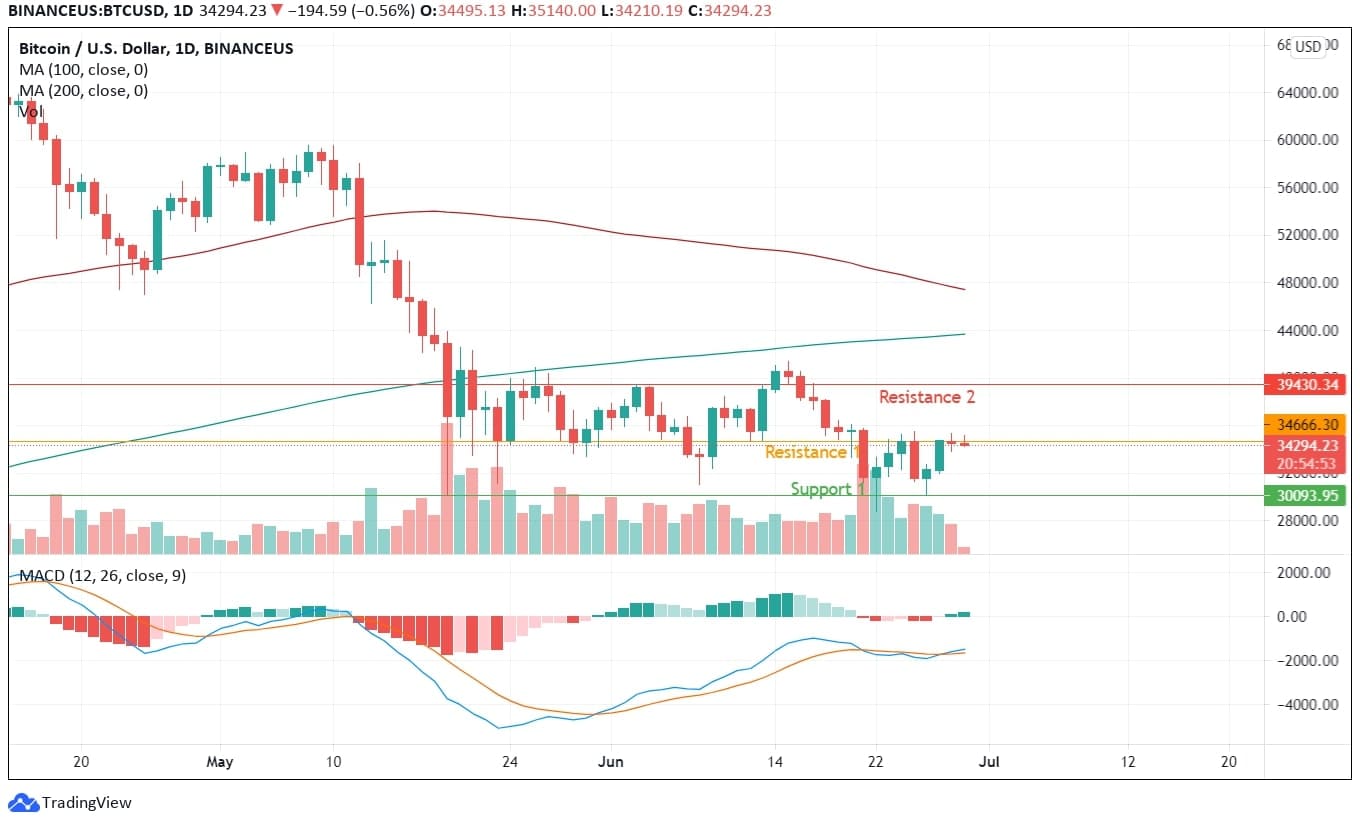 Bitcoin has recuperated a lot of its losses and is currently facing stiff resistance around the $35000 levels. The only good sign is its attempt to break the resistance, but failure to do so can push BTC towards a downtrend. Bitcoin can easily head below $20000 if sufficient selling pressure resumes.

The decreasing volumes on its trading counter could be a sign that not everything is as good as it seems. We are close to a momentum-setting scenario. BTC enthusiasts will never consider any weakness in their asset, but over time other stable coins have far outgrown Bitcoin, and the continual rise of other cryptocurrencies can put a dent in BTC’s scalability.

Overall the possibility of a long-term trend in BTC can wash away the possible short-term gains. And hence, once you are cautious of the buying levels, Spread out buying and consistent profit bookings will ensure you have some capital in case there is another sell-off in Bitcoin. 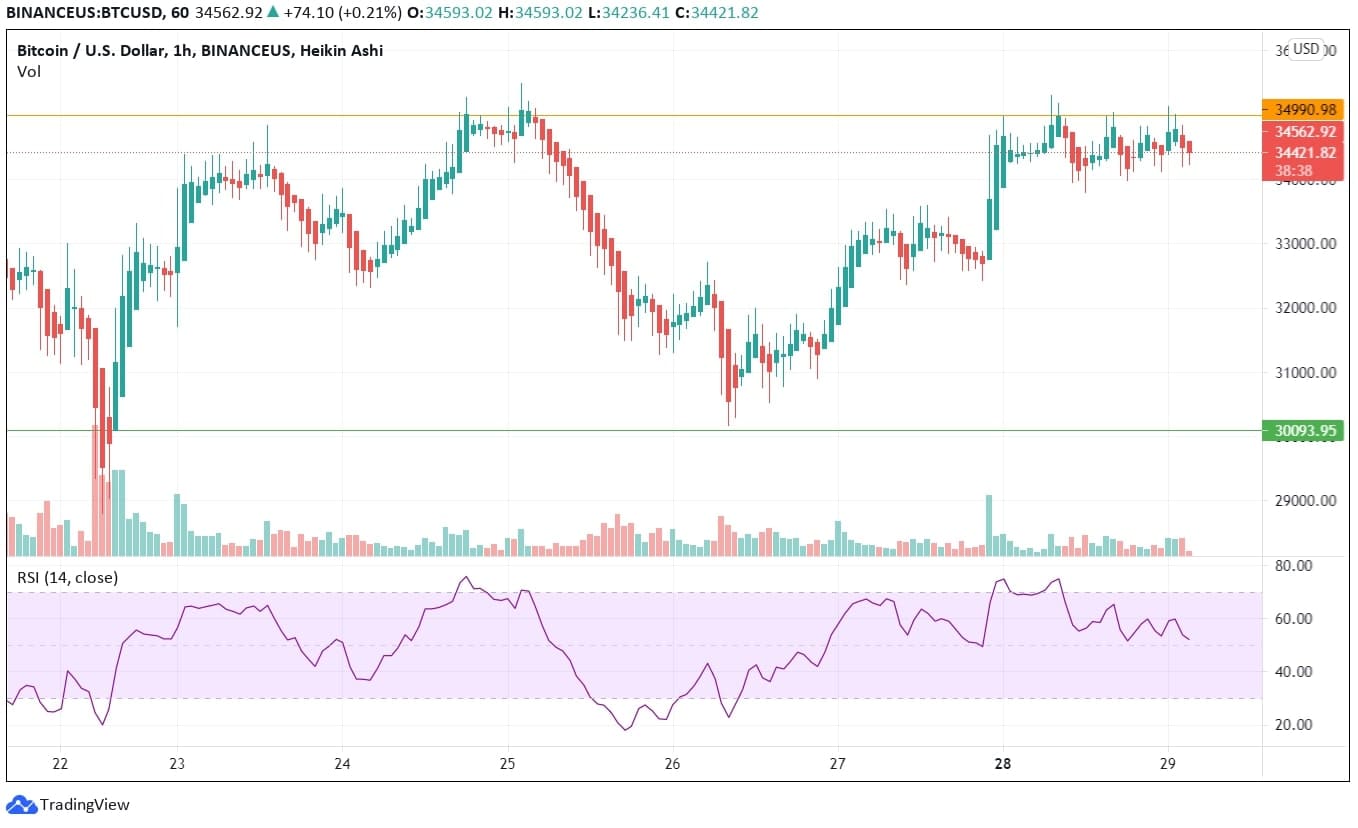 On hourly charts, it is visible that the BTC price is facing some trouble around $35000. In the last four days, the price action has been an indicator of increasing investor interest in Bitcoin, but unless it crosses this immediate resistance, a retest of lower support levels can’t be ruled out. Technically, the short-term outlook is positive, and we can expect Bitcoin to cross the immediate resistance and reach the $40000 levels shortly. Based on our Bitcoin price predictions, all these scenarios are possible only if the price of Bitcoin can remain above $35000 without retracement.

Support at lower levels stands at $30,000. The risk to reward ratio is quite rewarding at these conditions as a rise of $6000 carries a risk of $4000. Traders should consider $30000 as a buying level and restrain from buying too high.