Every now and then we are hearing about businesses adopting blockchain technology. So many firms have involved themselves with blockchain, but sometimes such involvements seem unnecessary. However, the idea of telecoms taking up blockchain appears much exciting. After the miraculous invention of cell phones, telecommunication sector has experienced tremendous revolution making an inevitable impact on humankind.

Telecommunication, especially the digital one has become the most important aspect of today’s life. In social and professional both ways we depend a lot on mobile and Internet-based communications. The sector is now embracing more and more new technologies like virtualization, AI, RPA etc. But, due to the immense amount of demand and competition, today traditional telecommunication industries are going through tough times. In this scenario how would blockchain bring some substantial change to the industry is the question.

Back in July, a report made by MarketWatch concluded that the blockchain technology will contribute almost $1 billion to the telecoms sector within the next five years. God knows whether the forecast will come true or not, but blockchain can surely transform the telecom sector in many ways. Blockchain can assist in the space in the day to day current running operations along with future readiness for upcoming adaptations. We can have a look at how blockchain can help the industry to blossom through given points.

With every issuance of a sim card to the user, the provider needs to store the data which includes the user’s identity. The management of these user’s identity data is a huge task for the communication service provider. A telco can achieve the task by deploying blockchain to build a centralized Identity Management for their own services. With the help of blockchain, identity authentication could be used for multiple devices, applications and different organizations.

Apart from that, a telco also can use an identity management system with their already existing features. 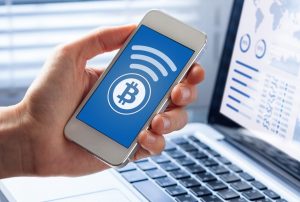 Using cryptos, many users are already settling payments through blockchain. A similar kind of service can be applied for mobile communication users. Telcos can adopt new technology to accept payments via blockchain.

The world is preparing for tremendous speed in communications space. Though, there are some obstacles which are yet to address. Blockchain can work on barriers related to network provisioning and real-time processing. Smart contracts can also play a role to conduct automatic execution of rules and agreements. 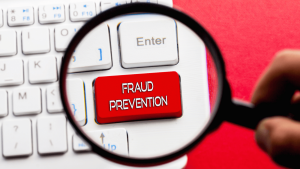 Telecoms majorly go through frauds and hacks every year. Due to the widespread nature of telecoms, they become a frequent target of hackers. The telecom companies can knock the door of blockchain to prevent loses due to hacks. These hacks cause a significant loss in the revenues of telcos. Blockchain ledger can provide required security measures to the system.

Notably, blockchain took over the world due to its major plus points. The technology is largely neutral and transparent, it provides higher speed along with improved security. However, it is not all ‘said and done’ kind of easy task to achieve. Like, every growing technology blockchain has its own share of issues. Those firms which if ever wanted to utilize blockchain for their system will have to deal with its scalability issue and internode performance issue. By the time it will eat up more and more storage. In this case, it is up to the firm on what level it intends to deploy blockchain in its process.

Does the Current Stature of Maker Indicate its Less Volatility in the Future?