Litecoin is trading below the market capitalization of Bitcoin Cash and currently has a market cap of 11 billion USD. After the crash of May 2021, LTC seems to have lost its charm. Trading in a consolidation zone has made it difficult for new investors to trade at this counter.

The upside movement of Litecoin is threatened by the long-term moving average of 200 days. It is visible that despite trying to inch higher LTC witnessed a profit booking from close to the 200 DMA.

Litecoin’s price dipped from the highs of $400 to the lows close to $100 inducing immense volatility in its value. With RSI still being in the neutral to bearish zones, the future of LTC seems dim.

Using historical Moving Averages, Trend Lines, Relative Strength Index, Volume along with resistance and support zones, we can easily identify the future price momentum in LT/USD.Apart from the lower volumes, the consolidation in a tight zone has become an enemy of any positive momentum. 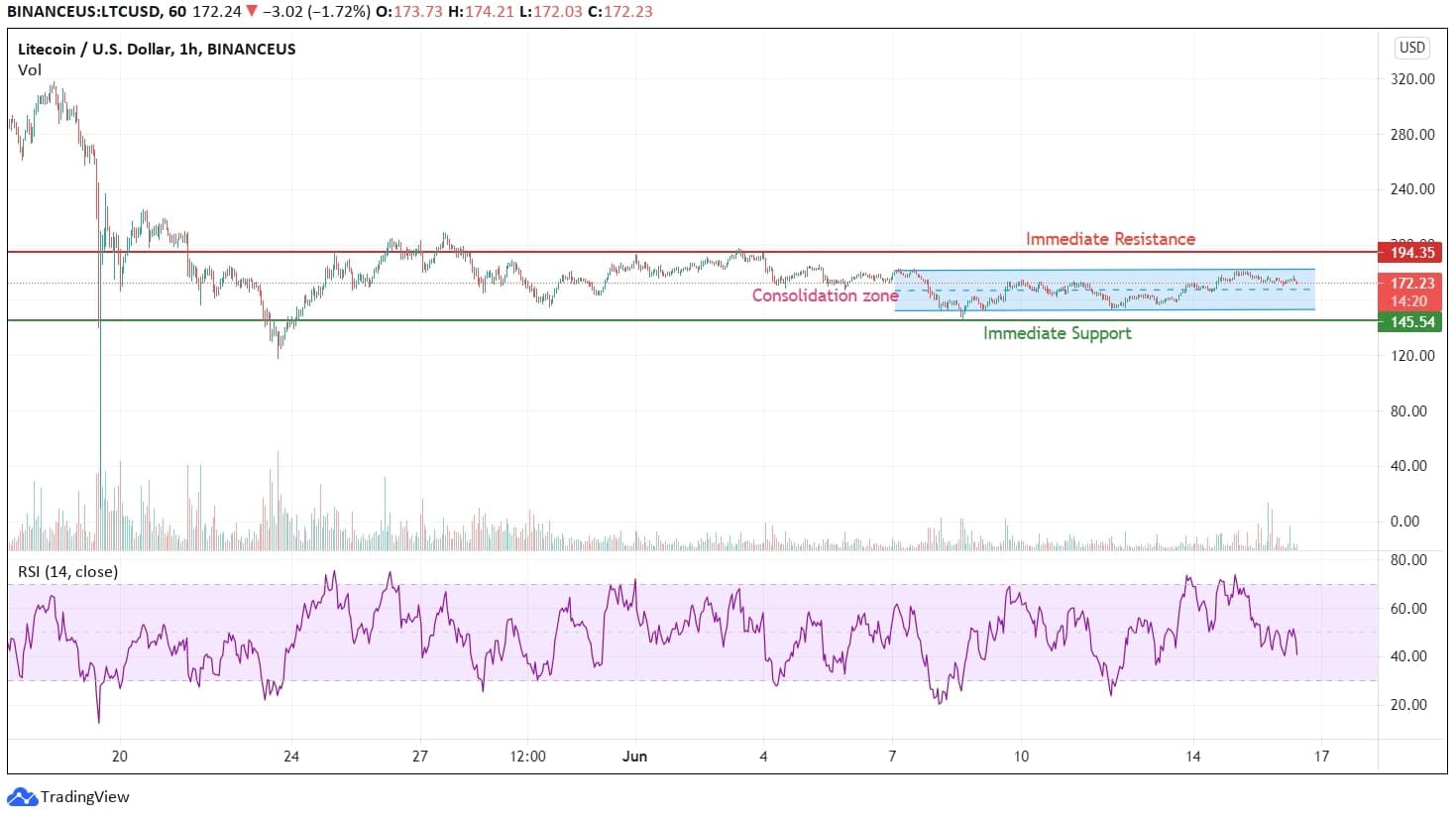 The range bound trade since the last ten day has been a severe blow to the investor sentiments. Until it crosses either of the lines, there is little to be expected from LTC in the short term. RSI is also indicating a neutral zone of around 40 on histogram which indicates its trading in oversold zones. Still, there is not much price action happening since the 21st of May 2021.

The only hope is the breaking of the consolidation zone with decisive strength. Till such an event takes place, it will be wiser to sit outside this cryptocurrency. 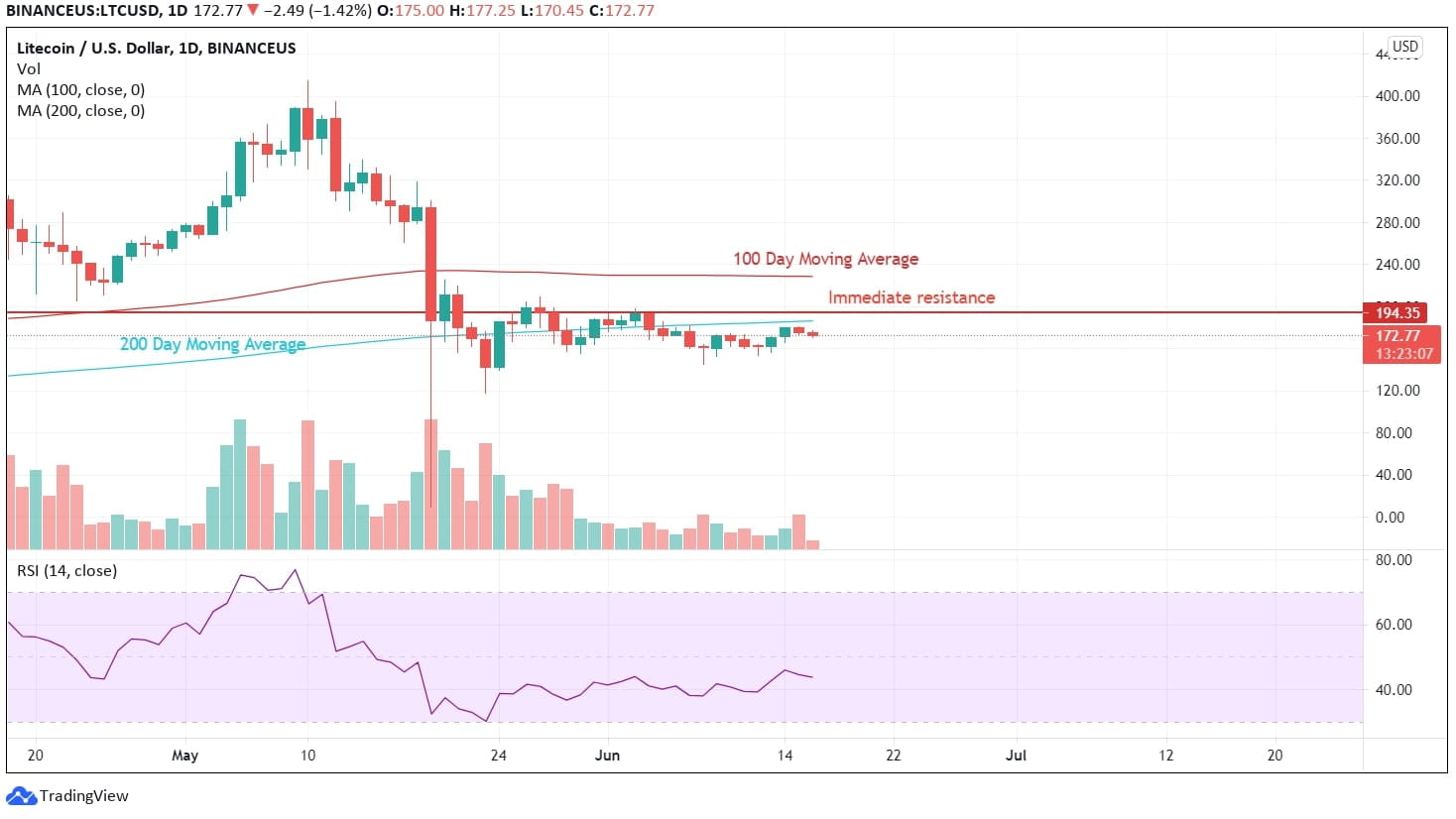 The first immediate resistance will be closing above the 200 days moving average on daily charts. We can see a deflection from close to the 200 DMA curve indicating a lack of strength in Litecoin. Even on the RSI histogram, the value of 40 repeats the same sentiment on hourly charts witnessed above. 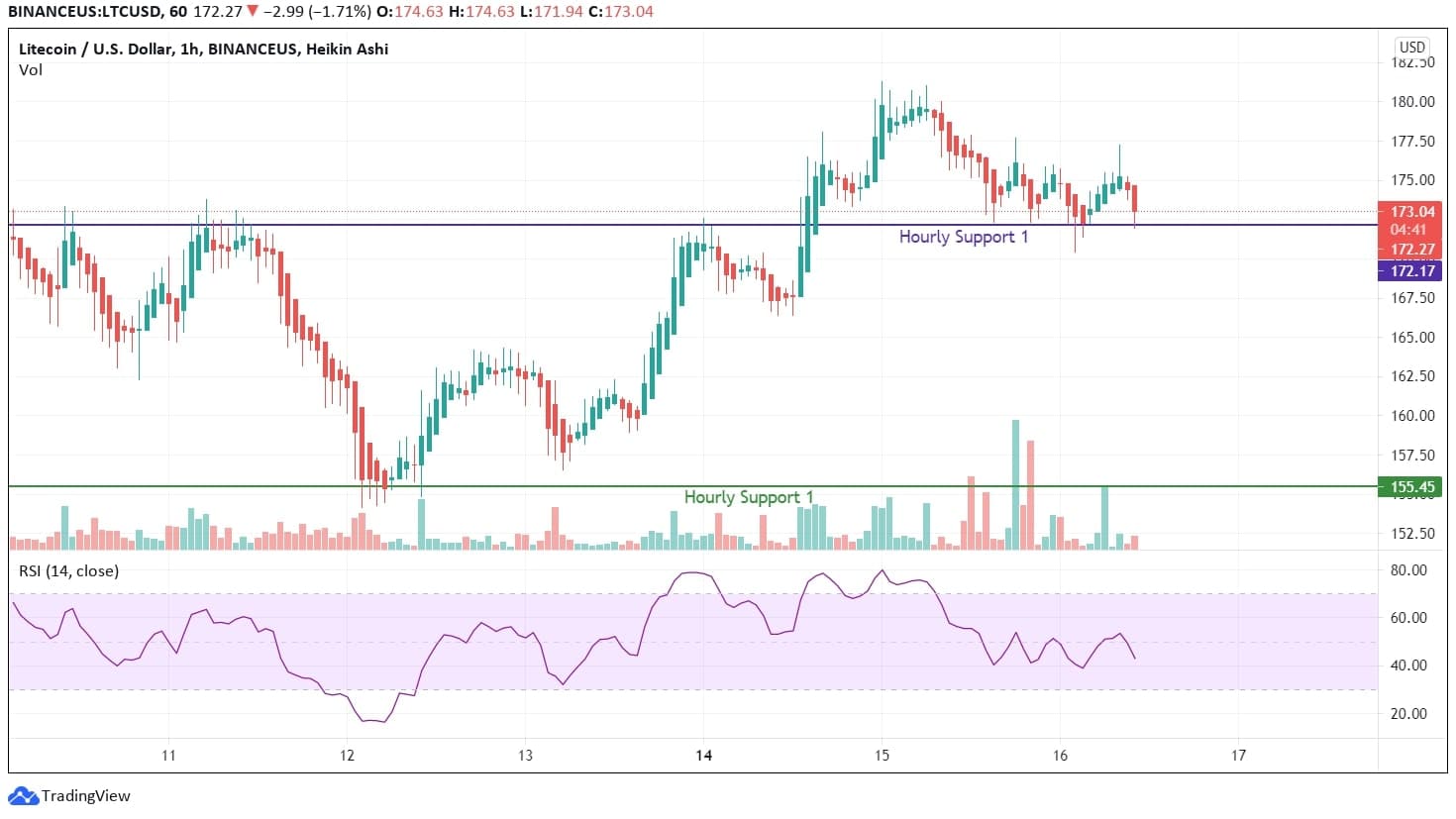 On hourly charts, there seems to be some fresh buying at lower levels of $155, while the closest supports can be witnessed around $173. As per our Litecoin prediction, it seems LTC is testing the strength of current support by price action. The rise in hourly trading volumes indicates the scope of little positive momentum.

Traders should make fresh positions at these levels with caution as LTC has been trading in a tight consolidation zone, and currently, the price is closer to the higher end of the consolidation zones. There is a good chance of LTC giving a false breakout to sell at a higher value.

The Case for NFT Liquidity Markets

Litecoin Closing Towards the Important Level of 200 DMA