Litecoin is a cryptocurrency similar to Bitcoin in many ways with limited differences. Litecoin handles the transactions using a different algorithm for its Proof-of-Work consensus mechanism, which allows for faster transaction confirmations.  The block time for Litecoin is also faster, with each block being mined every 2.5 minutes. Additionally, LTC has implemented several updates designed to make it more efficient and scalable as a payment system.

The price action of LTC has become highly bullish and remains unfazed even after the token faced resistance at $71. The value has spiked from $56 to $81 with relative ease as prices gradually move ahead, with new highs being created in each swing. Valuation for LTC has reached $5.9 billion at the 12th spot.

Litecoin prices have reached the resistance of $82 twice in the last two months. The technical resistance at 100 EMA has now turned into a fierce buying zone. Read our LTC price prediction to know if the coin will sustain the 100 EMA level and trade above it in the future. 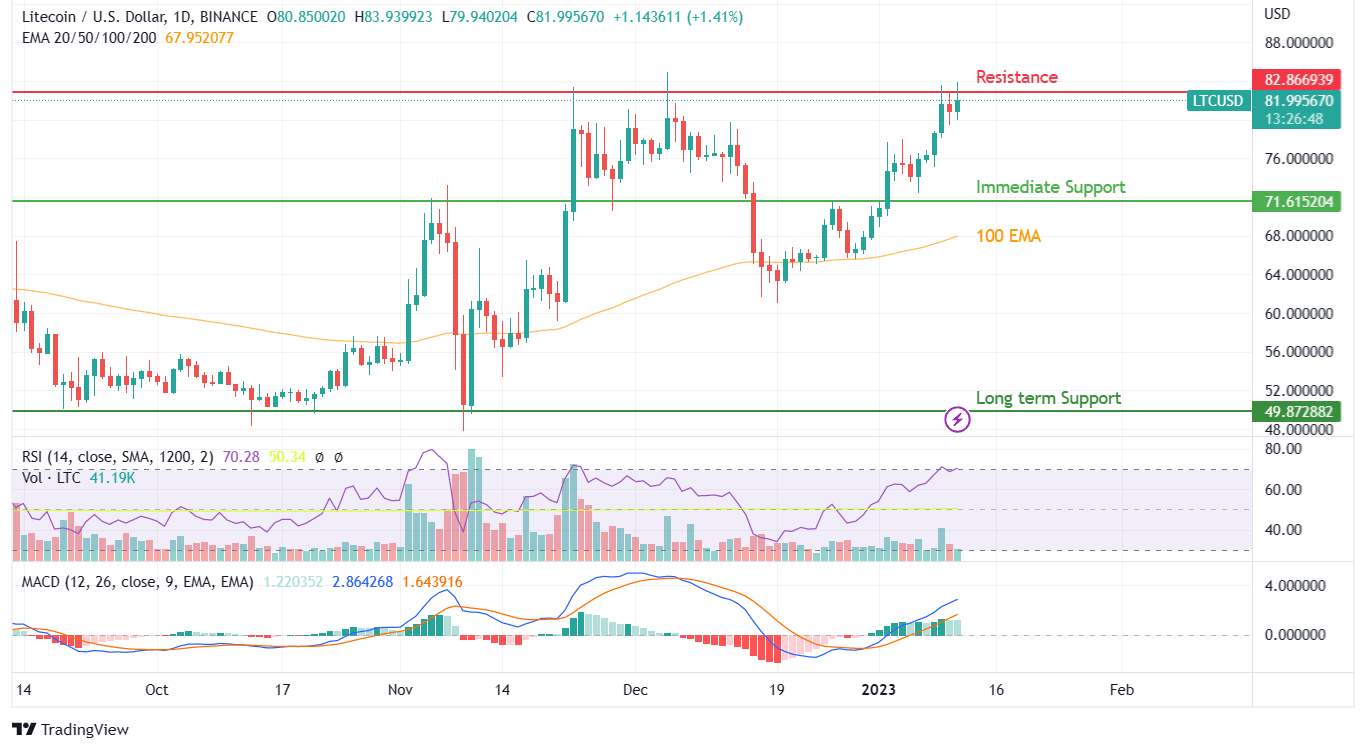 LTC’s price action has become extremely bullish, with RSI reaching the overbought zones, which could trigger a profit booking at any time. LTC has been taking support from the 100 EMA curve since November despite the overall negative stance in the crypto markets.

After facing the resistance of $81 in December 2022, LTC has found new support from the $64 value, which falls together with the 100 EMA curve. The token jumped decently in January 2023, with support being made available at $71. The MACD indicator for LTC has reached a highly bullish trend, with a crossover supporting the token value since the previous few days.

On weekly price action, LTC has frequently been moving toward the key resistance of $82. Breaching this level is a priority to overcome the levels of $132.