Launched in 2016 by Gavin Wood, who is popularly known for his contributions to developing the Ethereum network. Wood is even credited with developing the programming language of Ethereum, Solidity. Currently, Polkadot is run by the Web3 Foundation and improved by parity technologies.

According to Gavin, Polkadot is the next version of Ethereum. At present, the blockchain landscape is fragmented, with multiple independent blockchains operating in isolation from each other. Because of this isolation, separated blockchains cannot interact with each other for data sharing, transactions, or validate exchange values.

Polkadot, on the other hand, is working towards solving these exact issues by providing cross-blockchain interoperability. The theme and core functionalities of the Polkadot network are quite complicated to understand. But this cryptocurrency boasts a lot of potential in transporting the present blockchain scenario. 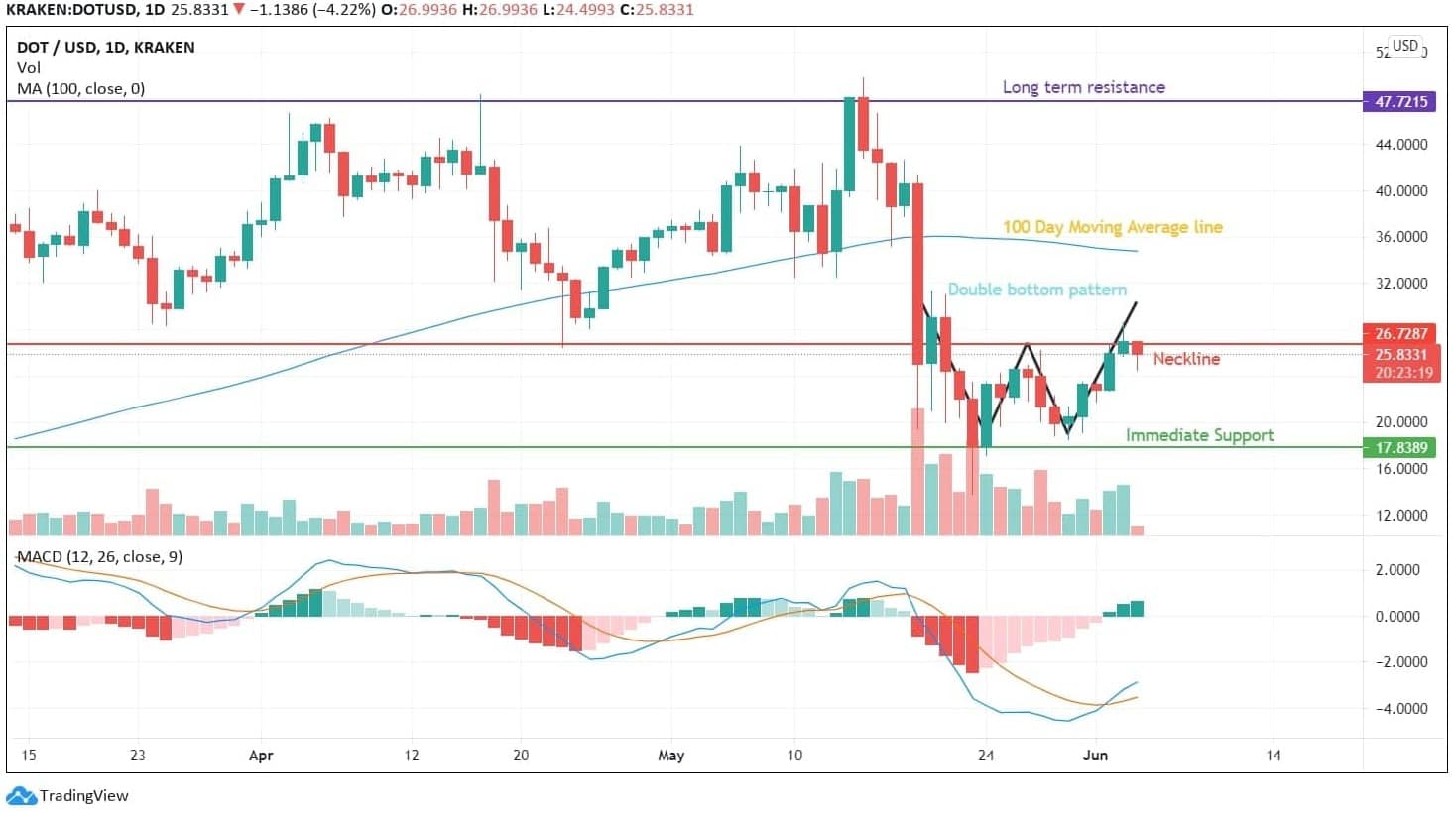 Polkadot (DOT) has witnessed a substantial up move along with a sudden profit booking scenario. It is among the top cryptocurrencies to form a double bottom and golden crossover on MACD. Currency levels show a potential up move from the breakout at the neckline area. This price movement can continue till it faces resistance at the 100 Day Moving Average line.

DOT is among a few cryptocurrencies, which has failed to create a good support level at current levels because of them trading below their moving average and first price drop in the last four months. Buying at these levels can only be sustained in the long run, which is good for investors, but day traders shouldn’t make an entry at these levels. A simple trend reversal can get your money stuck in the downtrend momentum. 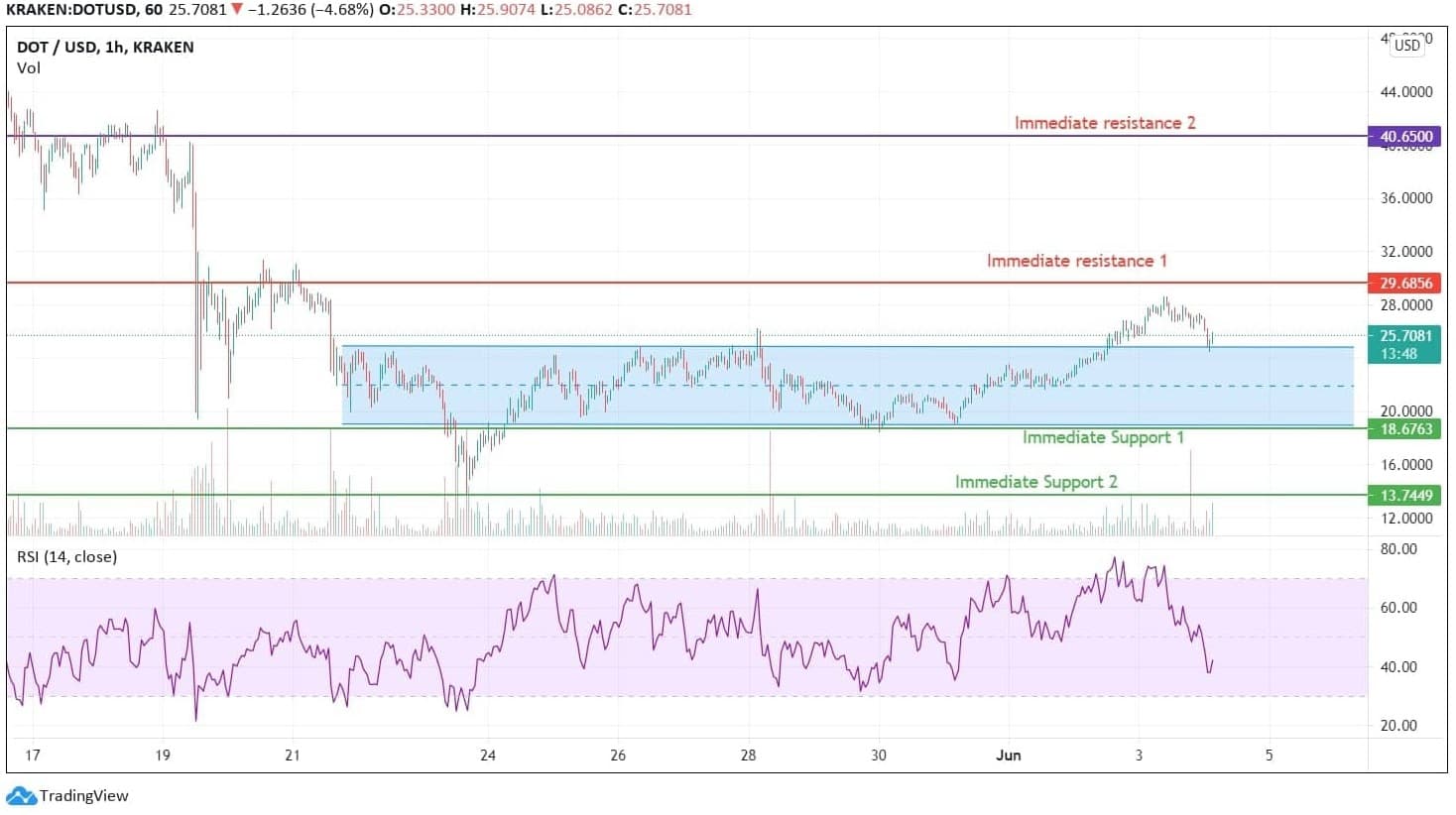 Polkadot is facing some turbulence in the short range and as visible from the hourly chart patterns. We can derive conclusions that lower volumes have made it difficult for DOT price to cross the resistance levels. The first near term resistance is placed around $29, while the second is placed 30% above the first one at $40.50.

This is good news considering decent momentum can push a 30% rise on this crypto counter. Supports, on the other hand, are still on the lower end of the consolidation zones visible in the shaded blue zones. If higher volume comes into play the support can rise to the top part of the consolidation zones. A zoomed in chart clearly shows a significant increase in volume. 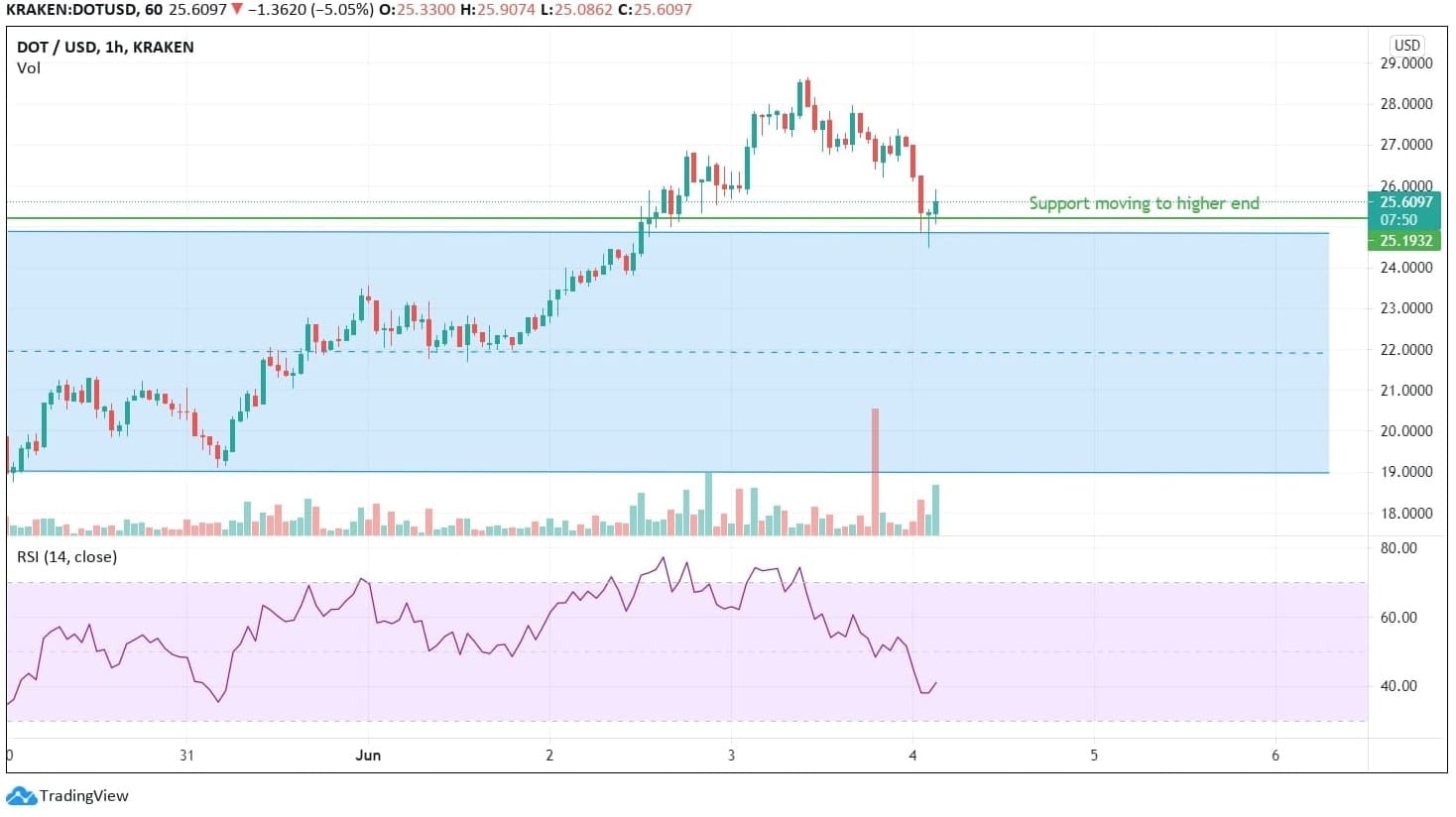 According to our Polkadot price prediction, we can assume that higher volume at the top end of the consolidation zone is pushing DOT towards the one-day high of $28.50. A consistent rise in volumes is a good sign for traders searching for an opportunity to make a quick buck. RSI is also supporting this theory with the histogram changing directions to the north. $30 will be a testing point of this rally if it manages to reach there. 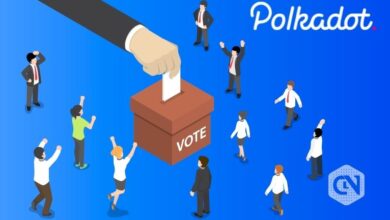 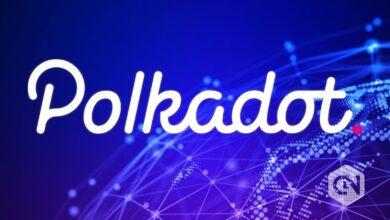 Polkadot (DOT) Hits a Fresh Three-Month High! $50 Is the Next Target! 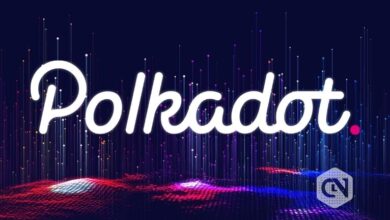 Polkadot on the Verge of Breaking Out of $40 Range 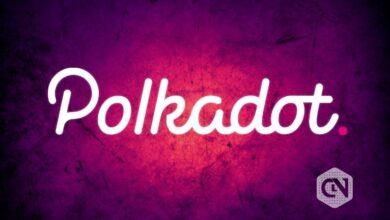 Polkadot Takes Support From Its Moving Average of 200 Days