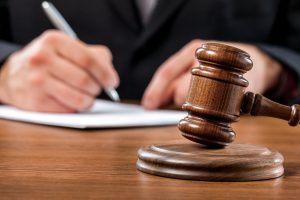 The first way emphasizes the need to control the exchange from fiat to cryptocurrency, considering the entity conducting the exchange as a money-service business. This step is supposed to put under the laws of PCMLTFA.

The second way recommends creating a national license for cryptocurrency exchanges operating in Canada. The license will be provided only to those exchanges that pass through the screening and background checks. And the third one elaborates on the Regulation of cryptocurrency wallet companies. Although these aren’t official laws, the suggestions indicate where the regulators will take the crypto economy.

By implementing these ways, the committee intends to track or monitor any suspicious or unlawful transactions. In this talk, 70 expert witnesses from finance expressed their views.

Additionally, in this meeting, financial adviser IJW & Co. and law firm Durand Morisseau LLP, submitted a 56-page joint brief, noting the role of cryptocurrencies, which states, “In the absence of some degree of regulatory oversight, cryptocurrency transactions may be used by parties to swiftly move large amounts of wealth across borders, and that regulating (exchanges of fiat currencies for cryptocurrencies) would address the (anti-money-laundering) concerns of the cryptocurrency space.”

Because of some obvious reasons, cryptocurrency has been in focus when the issues are regarding money laundering or Terrorist Finance. Mainly, the anonymity attached with the crypto, and the difficulty in tracing it makes it vulnerable to the risks.