When Cardano (ADA) was launched in 2017, the market had high hopes about its potential to unlock the mass-market adoption of cryptocurrencies through a scientific philosophy and a research-first driven approach that might attract institutional investors.

Cardano is yet to break away from the challenges of the general crypto market but it has retained a top tier position as the 11th biggest coin by market capitalization. Its ADA coin trades around $0.081 and a massive market cap of more than $2.1B.

In the year-to-date period, the trading price of Cardano has gained a decent 87%. However, it has mostly underperformed the 194% gain of Bitcoin and the 113% gain that Ethereum recorded in the same period. 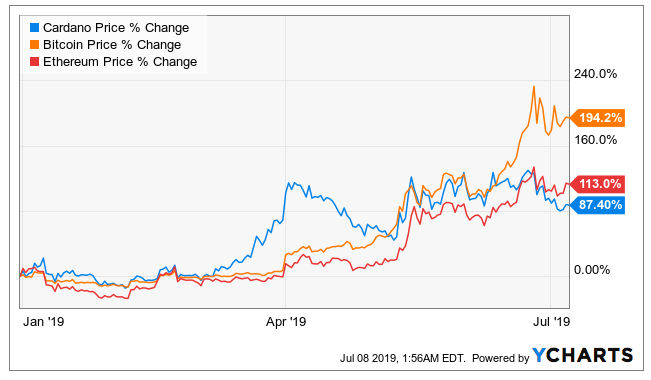 Last month, news broke that Cardano has signed up with AlgoZ to leverage the latter’s proprietary automated liquidity solutions to unlock increased liquidity in the ADA token for cryptocurrency traders and investors.

AlgoZ is a market maker solution service created by Fingenon Group for unlocking liquidity for crypto assets. By leveraging Fingenom’s existing world-class infrastructure, trading strategies, algorithms, and combined knowledgebase, AlgoZ has developed into a solution that bridges the gap between the established algorithmic trading of traditional assets and the emerging class of crypto assets. AlgoZ is currently being used by exchanges, crypto projects, and other stakeholders in five continents.

In the year-to-date period, Cardano’s trading volume has skyrocketed from $17.25M to $116.79M USD to mark a 594% increase in trading volumes in just six months. The deal with AlgoZ suggests that Cardano could potentially be moving into the big league if the increased liquidity helps it attract the attention of institutional players. By leveraging AlgoZ to improve its liquidity, Cardona will become more attractive in the cryptocurrency market because its trades will have smaller spreads and it will be in a stronger position to resist manipulations by whales.

In addition, traders would experience fewer errors caused by market inefficiencies such as when traders are forced to buy/sell a coin at market price because there’s no liquidity in the order book to facilitate limit orders. Part of a statement by AlgoZ reads,

“Our collaboration with Cardano, one of the most inspiring projects in the crypto-asset scene, is expected to increase the liquidity of the token and its accessibility.”

Earlier in March, Electroneum (ETN) revealed that it was partnering with AlgoZ for market making services for its coin that was listed on Houbi Global. Electroneum is one of the few crypto projects making huge inroads into developing economies where financial inclusion is low. Electroneum is betting that it can activate growth in these economies if it succeeds in facilitating the day-to-day use of cryptocurrencies for financial transactions.  In the words of Richard Ells for Electroneum,

“Partnering with AlgoZ was the obvious choice for us after our successful cooperation in Liquid and Kucoin. We are sure that the Huobi ETN holders will appreciate this partnership, which will provide them with 24/7 of steady and continuous liquidity.”

Cardano might be getting ready to reach the moon:

Interestingly, the inflow of funds from institutional players into Cardano will repress some of its inherent volatility – perhaps Cardano could become more attractive than Bitcoin; at least, to institutional investors. One of the main reasons the cryptocurrency market is yet to see traditional market assets such as ETFs is that due to the fact that BTC is still very volatile.