Cardano (ADA) is an open source, decentralized blockchain based platform based on scientific philosophy and emphasizes on research-first ideology. It is flexible, scalable and secure. The project aims to fund itself over the course of time through democratic governance system. If crypto enthusiasts are to be believed, the project will show a significant surge in 2019. Ouroboros, the underlying proof-of-stake algorithm empowers the whole platform by keeping tracks of individual nodes in the network. The crypto was introduced in 2015 by Hoskinson and has shown immense progress in a very short span of time. 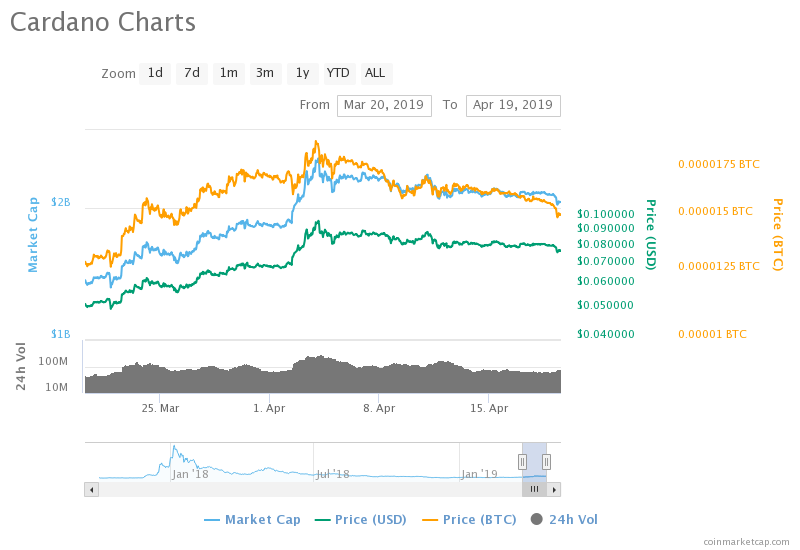 With the recent upgrade to Shelley to achieve complete decentralization & announcement of the 2020 roadmap by the founder at IOHK summit, the coin will perform better in the coming days. The hopes are high, and the sentiment is positive among the crypto enthusiasts. Shelly functionalities include releasing monetary incentives to stakeholders, facilitating delegation of rights to users and providing networking opportunities among the communities. By the next 2 quarters, the price can rise as high as USD 0.1 and has the potential to reach over USD 0.5 by the end of the year. From a 2-year perspective, the price can be estimated at USD 5 and can surge to USD 10 in the next five years. For those looking for long term investment in the crypto market, Cardano is the best choice and will start yielding good returns in the next two years. Now that the coin is priced low buy it in bulk and see it upswing over the years.

IOTA (MIOTA) Price Analysis: IOTA’s Tangle Is Your Best Bet For This Month