Cardano (ADA) is a contract-based blockchain system and can be used to develop decentralized apps (dapps). Aimed at overtaking the scalability issue that is present in most of the blockchains, Cardano (ADA) is one of the most promising blockchain projects in the cryptocurrency market at present. The fast and easy transaction is another factor for the continuous growth in the popularity of Cardano. Moreover, Cardano (ADA) resembles Ethereum in many ways. Both are smart contract-based systems. However, Cardano has a layered system and the first cryptocurrency which runs on a scientific peer review to ensure safety. Cardano, recently, entered into its second phase with the launch of an updated roadmap, i.e., Shelley. It is the second phase of Cardano roadmap that will make its blockchain decentralized. Till now Cardano (ADA) has been following the Byron roadmap i.e., the bootstrap phase. In Byron phase were making improvements and debugging the code. However, from now onwards ADA is focused on improvement proposals. 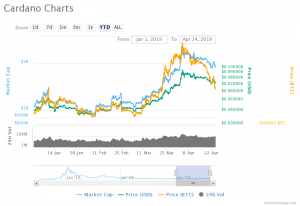 Few important statistics related to Cardano (ADA), which might help you in trading:

Although in 2018 Cardano (ADA) saw almost flat trading and wrapped up the year without having too optimistic prospects, it entered 2019 with a slight bounce back. If one looks at the daily and weekly charts of Cardano, there seems to be good trading in volume. It has a strong and dedicated community of developers having a very solid roadmap with a long list of developments that are all set to be launched this year. It is also regarded as being one of the most stable currencies of the crypto market, which is why most are inclined to assume that Cardano (ADA) will perform positively this year. According to analysts, there seems to be a bullish trend for ADA in the long run, and by the end of 2019, it might hit a $ 2 mark.

Nextrope is coming to Australia at last! Melbourne is the next stop in Nextrope’s journey across the globe!

Another Breakthrough for Magnum Wallets; Now Adds TRC 20 based Tether (USDT) on Its Platform 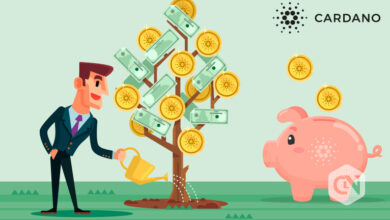