Cardano (ADA) is a blockchain platform which allows complex programmable value transfers with 100 % security and all the transfers done on this platform are scalable. The platform has been built on Haskell programming language. It was built by a global collective of expert engineers and researchers. The current mission is to make a smart contract platform which would deliver more advanced features which are not available yet in the market. Cardano (ADA) is much discussed due to its uniqueness as it promises a democratic governance system and funding by a visionary treasury system. 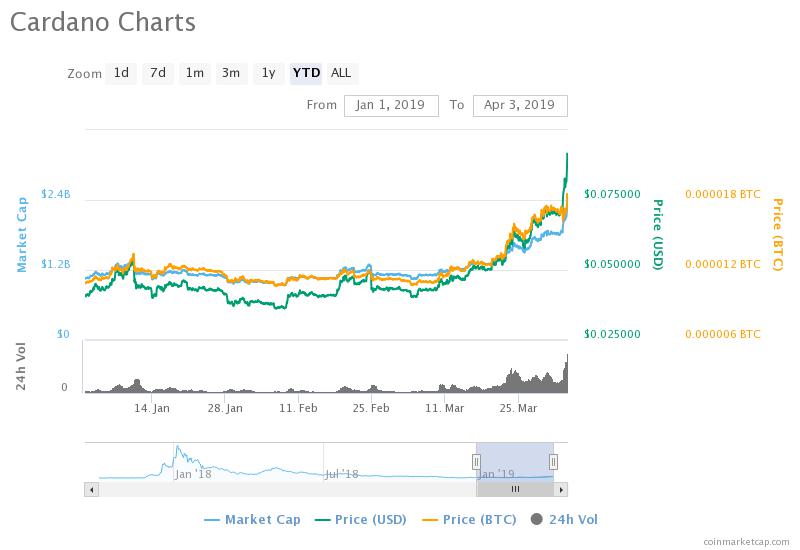 As the price of each coin is now roaming around 0.08 USD to 0.09 USD, the target should be more than 0.1 USD. This target is definitely achievable in recent future. After the first week of March, the value of this crypto is on the rise, and the bull has not been giving any space for the bear to stand a chance. Though in the last week the price fell to 0.06 USD, it soon bounced back, and now it is giving much profit margin. Experts have also predicted that the price of the individual coin has the potential to reach as high as 1 USD by the end of 2019. The market trend is affecting positively to this coin. So, short term investors are advised to hold their positions until the price reached 0.1 USD. Long term holders are going to get their money multiplied by ten if they hold till the end of 2019.