Cardano is a decentralized, blockchain based system which runs on the Cardano platform. Similar to Ethereum, Cardano is smart contracts-based system and can be used to execute DApps. Cardano has an improved efficiency due to its 2-layered system. It has a separate layer which runs ADA exchanges and another layer that executes the smart contracts. Cardano is considered third generation technology due to its advancements. Its primary focus is to provide fast and secure exchange platform and to permit users to operate various applications simultaneously and seamlessly. It is more advantageous for large organizations and corporations that deal with heavy usage of smart contracts. 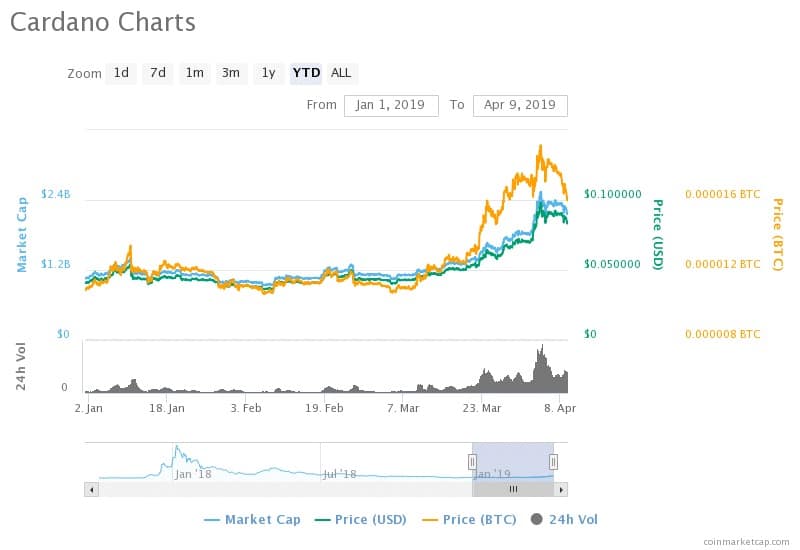 Cardano’s overall market has been on the rise in comparison to its past trading prices. Hence, both investors and traders could utilize the current market trend to obtain profitable outcomes. The current trend is in support of future price predictions.