Cardano has been among the popular blockchains with a Proof of Stake consensus mechanism, which is capable of bringing a positive change in the dominant ecosystem of the Ethereum blockchain. With fork after fork and progress on its annual roadmap, ADA is projected to continue on a growth trajectory.

Experts have predicted the realization of above $200 billion market capitalization by 2025. Before the 2022 crash, ADA at its peak touched a market value of $90 billion based on the net circulating supply of its tokens.

With technicals indicating a green movement, buyers have already started to hoard at ADA doorsteps. Surpassing the 50 EMA resistance would indicate a larger positive sentiment to target the next leg of 100 EMA resistance. Cardano price action should take off after surpassing resistances one after another. Current rankings put ADA at the 8th spot, just above Solana.

A sudden double-digit jump has elevated projections to turn positive. Technical indicators show intense positivity that projects a green path for ADA enthusiasts. Should you buy ADA now? Read our Cardano prediction to know the answer! 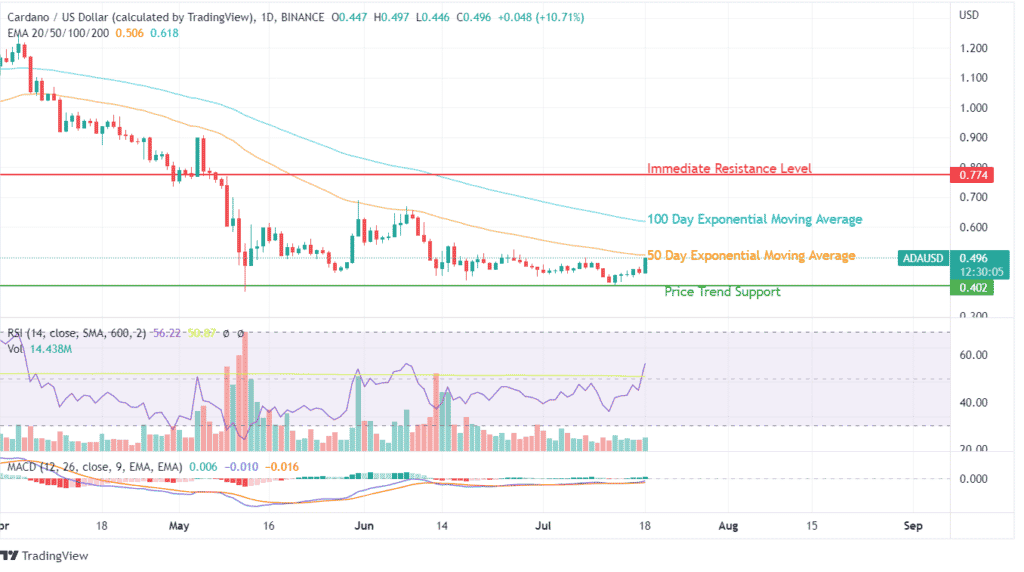 The fact that ADA has turned positive because of its double-digit bull run on July 18TH would be an overstatement of the positive response buyers have displayed every time prices touched $0.4. The sudden jump of Cardano last week is not a standalone moment but rather a repetitive price trend to overcome the $0.50 resistance level that sits in tandem with the 50 EMA curve.

RSI indicator in this brief time has taken a jump from near oversold levels of 35 to the peaks of above neutral zones of 56. MACD is holding closer to the positive axis and projects a crossover pattern after ADA surpasses $0.65 on the price charts. 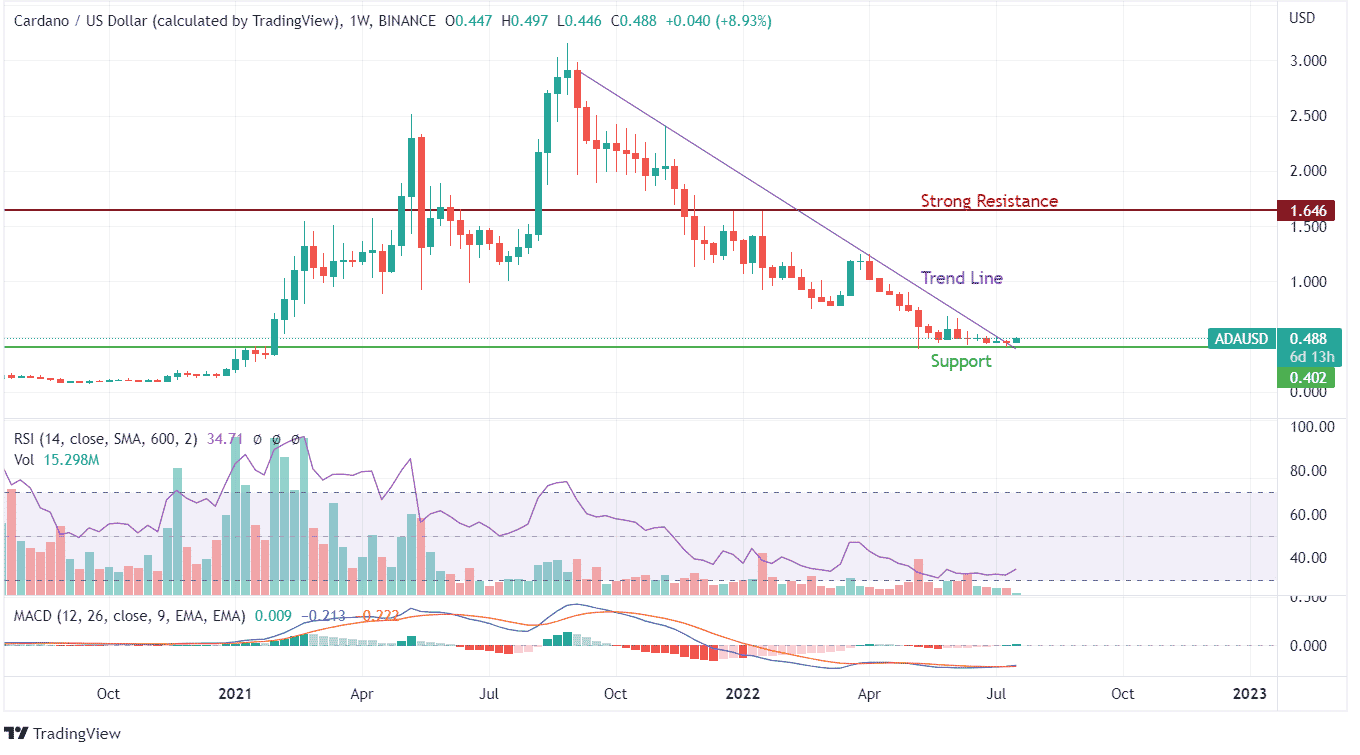 With several breakout attempts, Cardano has tanked from $3 to $0.50 on long-term price action. Failure to continue with the March end sudden buying rally resulted in a significant decline. At present, the ADA token has been looking at a consolidative price action since the dip of May 2022.

ADA would require intense buying volumes and positive indications to break out of this zone. Surprisingly, despite touching its all-time high in September 2021, ADA wasn’t even close to the buying sentiment or RSI indicator value compared to January 2021, when it was trading near $1.25.

Price action thus confirms that buyers are now selling to book profits, and there could be a repetition of a similar trend since current prices are barely 50% of 2021 breakout levels. Buyers should watch out for the potential of Cardano to breach $0.70 as uptrends could continue only after consolidating at $0.70.