Cardano blockchain remains under consolidation despite outperforming its competitors. Buyers losing strength near $0.55 creates a scenario for dumping ADA tokens and making a quick buck. Even the moving averages have failed to incite buyers into testing the resistance. Since launching the smart contract functionality to this blockchain, we have witnessed a major boom in the ADA ecosystem, with dApps running smoothly without any significant downtime.

The market capitalization of ADA has remained above USD 16 billion despite its consolidation and sudden profit bookings. The core application of the ADA token is to control counterfeit products from entering the main supply chain. Counterfeit and duplicate products have become a major headache for luxury brands, organic food products, accessories, designers, and exclusive products. Customers end up getting cheated despite paying a premium and have to trust the sellers without any proof of authenticity. Developers can use the Cardano blockchain to create decentralized applications incorporating smart contracts and other smart features.

Cardano prices have failed to make any positive impact that could incite buyers into participating or considering investing in ADA. Technicals are now hovering over crazy volatility, with resistances pushing prices down and buyers showing strength for a short time. What’s in the future for Cardano investors? Read our ADA prediction to know! 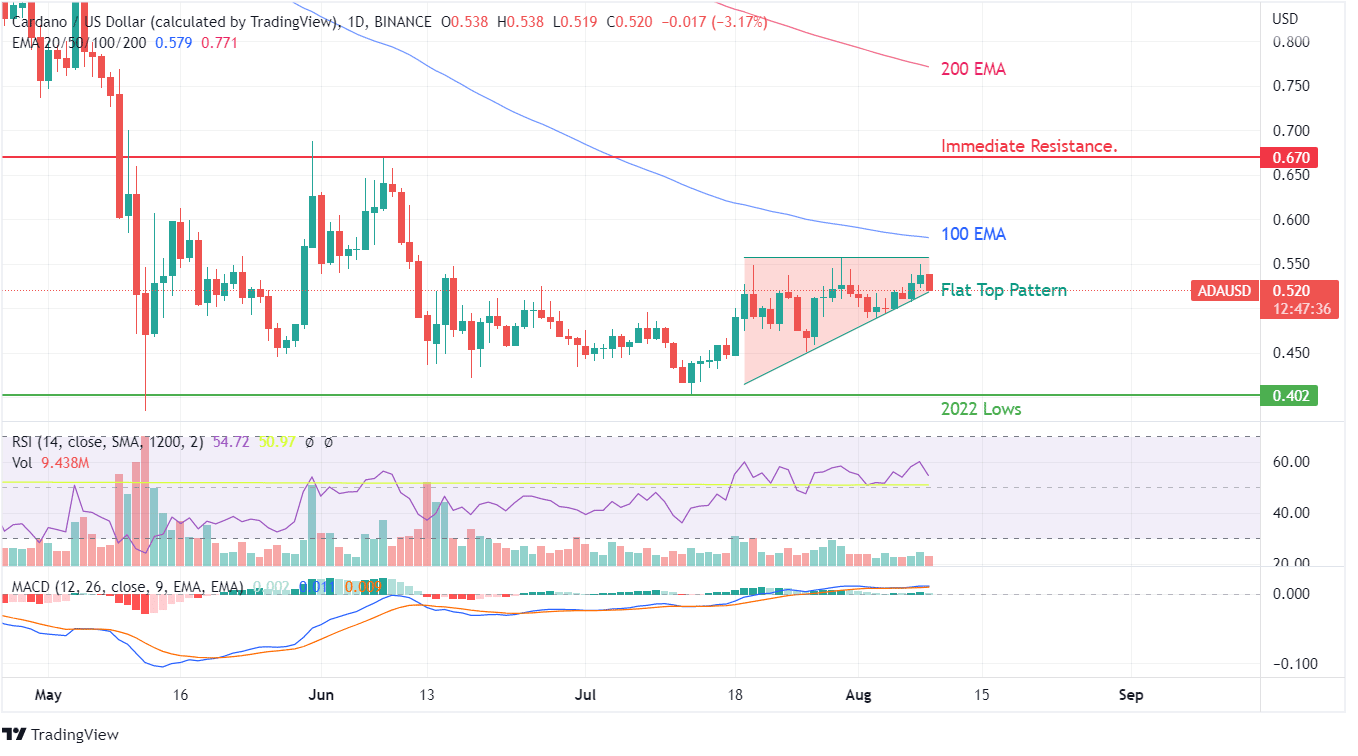 ADA token has been a major concern for investors as prices have failed to enter into a positive fray despite a significant price rise in 30 days. Cardano may even touch a fresh low in August as per the technicals. A slight decline from current levels would push ADA to a new record low for 2022, confirming the lack of positive elements that could help increase the value of this token.

Cardano has failed to surpass the $0.55 mark for the third time in less than 20 days, indicating a much higher selling sentiment active on the higher levels. Buyers are showing interest and strength but fail to continue near this level. RSI has declined to 54, indicating a possible consolidation even on longer charts. The latest pattern formatting is of a flat top, where sellers have settled in a zone while buyers are consistently increasing their efforts to topple the negative sentiment. 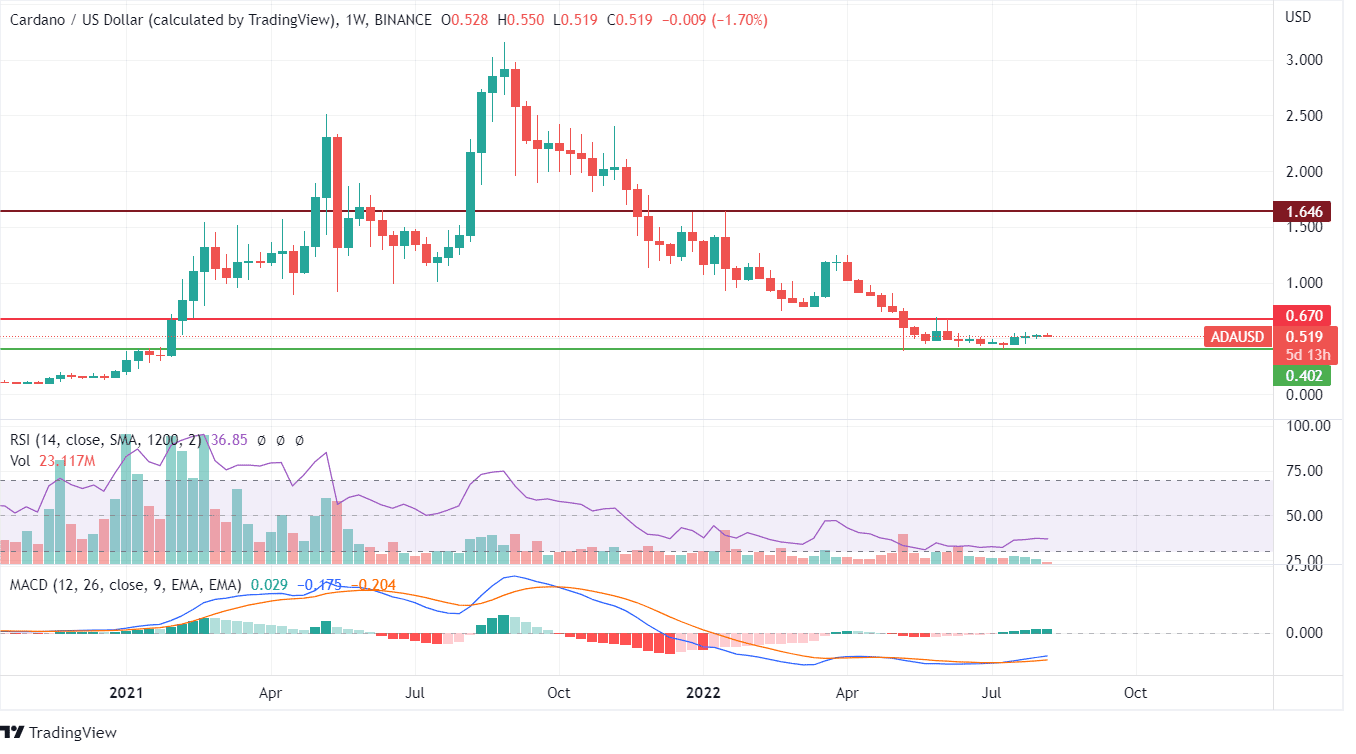 ADA price action has declined since hitting its all-time high as if sellers were waiting for a peak to dump their holdings. A tremendous decline in a consistent fashion creates a long negative action. Weekly charts signify a small trending zone, with June and July being highly negative consolidation phases. RSI and MACD further confirm the consolidation pattern even for a longer duration.

In 2021, the current value of Cardano was a pivot to breakout that helped gain huge value in just a month. Repetition of similar feats would require prompt action by buyers, which can only be driven by an important factor from the ADA price actions.

Go on an Adventure With 1xBit and Win Crypto