Cardano has turned heads ever since it climbed to the third rank in terms of current market capitalization. Despite having a circulating supply of 45 billion coins, ADA has jumped more than 10% in the last 24 hours. It currently weighs at $83 billion in valuation, closing towards a 100 billion cryptocurrency.

Using the more efficient protocol of proof of stake has helped ADA make a huge mark, because of which it is now being compared with the leading cryptocurrency Ethereum. Rumors are ETH is also shifting from proof of work to proof of stake protocol very soon. The key to its success was its Shelly upgrade launched back in 2020. This upgrade helped improve its overall strength offering access to a large number of digital assets. ADA has the most promising potential when compared to its rivals.

The rise of Cardano has been phenomenal after the 70% fall from the highs of May 2021. The stellar gains we witnessed were prompted by the discounted value of ADA compared to its future potential. After hitting a lifetime high of $3, Cardano stumbled under an unexpected scenario. There is no fundamental weakness in the price action. It’s still trading at a premium value of 80% with respect to its 200 DMA. 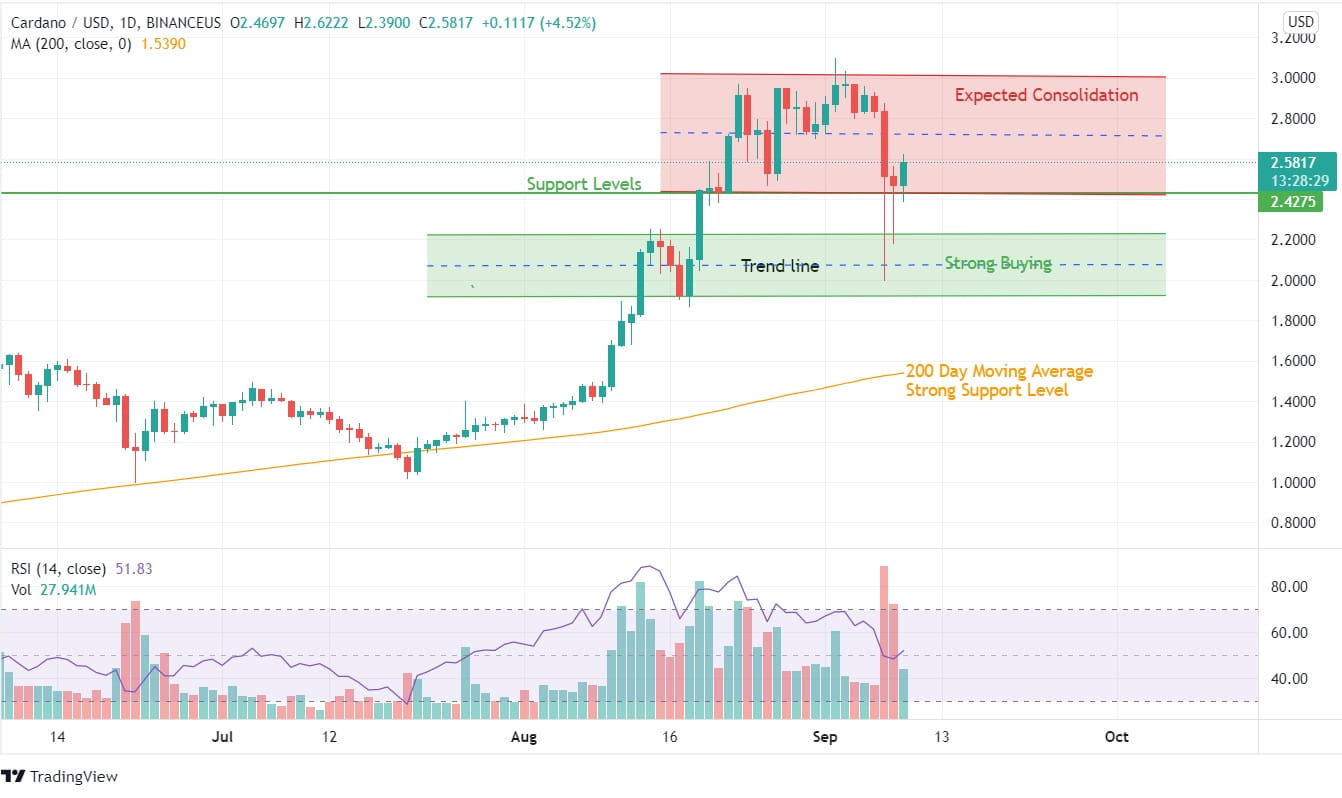 A lower value of ADA has been seen as a discount buying opportunity pushing a strong buying action. There is a rise in buying volumes compared to the selling volumes of the last two days taking ADA to an intraday movement of 4%. The current consolidation range’s lower limit or support level is $2.40, while the resistance is alleviated at $3.00, with a strong indication towards a breakout in the coming days.

The price action on ADA is quite strong when compared with market leaders, and hence one should remain invested in it. Profit booking should be ignored entirely, as there is a premium trading value to its 200 DMA difference. RSI has slowly moved up towards 51 from a minor dip in real value, while on charts, the strength index is close to the closing levels of September 07. It has both a positive side indicating a turnaround and a negative side showing the same strength while a rise of 30% on charts. 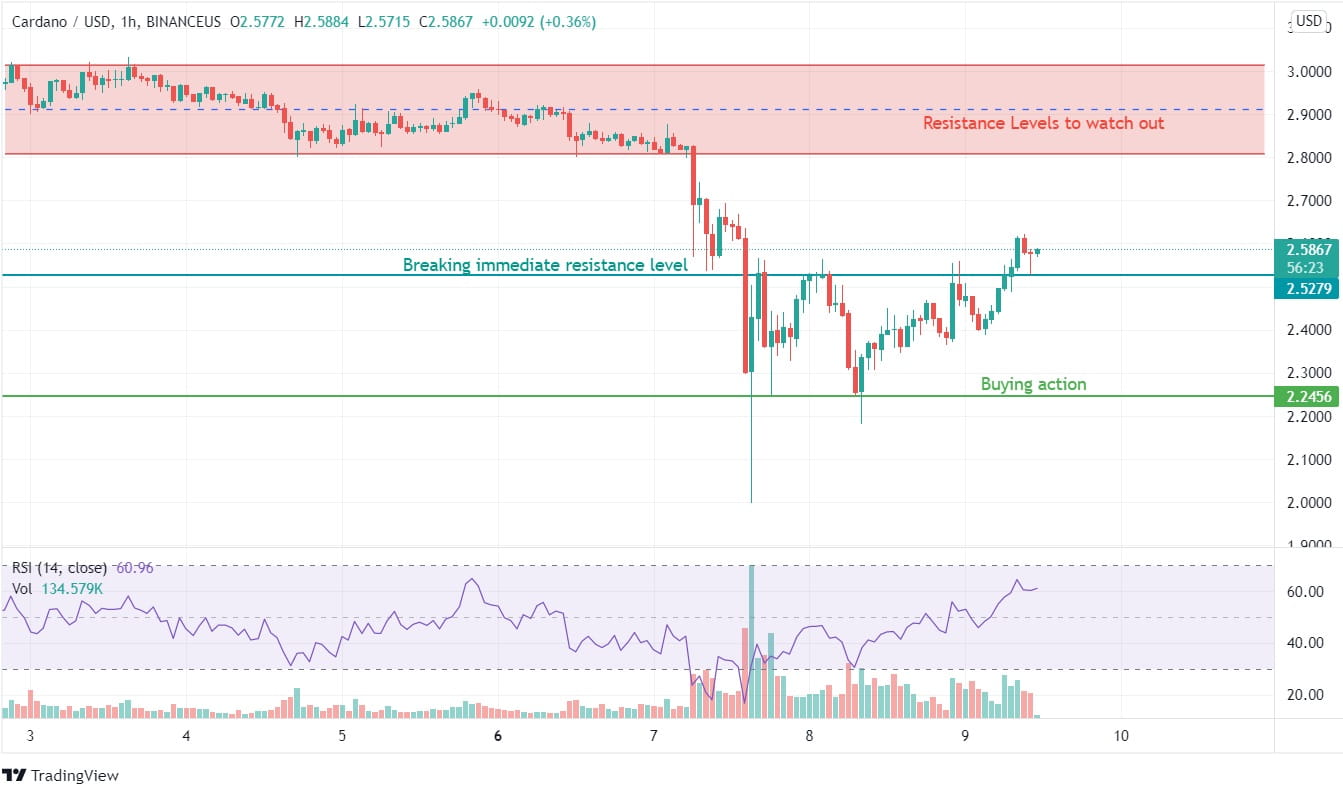 Cardano has a much clearer picture on hourly charts. It has a consolidation range for breaking the resistance of $3.00, followed by a breakout at the immediate resistance level of $2.53. RSI has made a sudden spike back towards the overbought range of 60 plus. This strength on hourly charts has been missing for the last week. Considering the rise in buying action with respect to lower prices, it is obvious that buyers were waiting for a fall in prices to make entry. The volumes in terms of hourly trades have also doubled in the last three days.

Based on our Cardano forecast, ADA price will be facing some resistance at 8% gains from current levels at $2.80. The breach of $3.00 value will be swift and instant, enforcing a fresh buying action with targets of $5 on the table. With this, Cardano has already entered into the top three cryptocurrencies.