When it comes to market leaders in the cryptocurrency space, Cardano is one of the names that made its presence known to the entire world in 2021. Since moving up above $1 levels, ADA has been periodically breaching its previous highs and presenting itself as a replacement for the decade-old protocol-based cryptocurrencies such as BTC and ETH.

Only the latest trending coin, LUNA, has surpassed ADA’s dominance in the crypto space. Cardano at present is ranked 8th in terms of market capitalization with an in circulation supply of nearly 34 Billion tokens with a 75% liquidity rate. Complete liquidation of Cardano would be worth more than XRP, a little over USD 42 billion.

It has been down by close to 30% since 2022 started but has remained on a positive trajectory since breaching its year low value of $1. This level is not only a price but also a psychological level; hence, showing strength at this level would result in an uptrend rally in the immediate time frame.

ADA has been struggling to hold on to its prices since incorporating the smart contract feature into its blockchain in September 2021. It has been used mainly by the agricultural sector to ensure a tamper-proof method of clamping down on counterfeit goods. 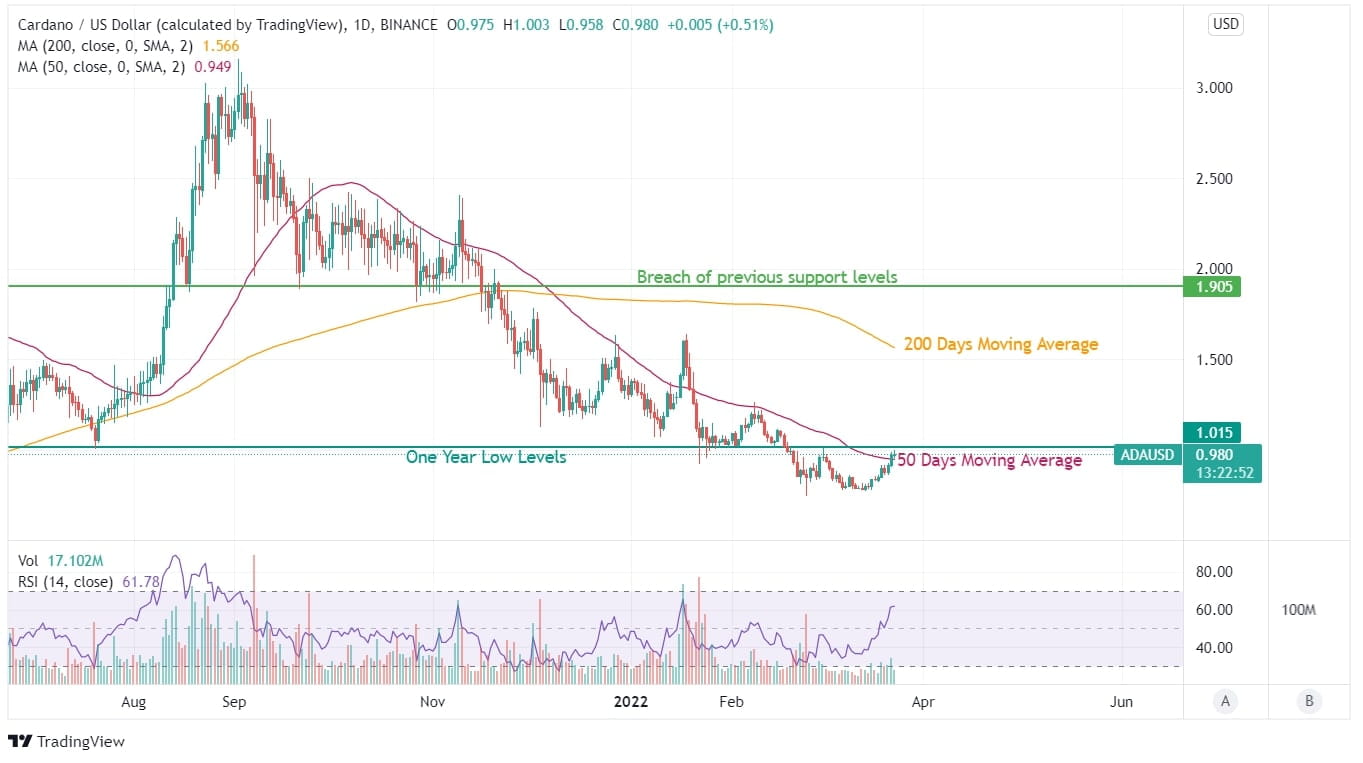 The rise and fall of prices on ADA counters seem unjustified because of its fundamental development and incorporation of new technologies. Whether or not it will be able to make a dent in the existing counterfeit industry is questionable, but its survival is almost inevitable.

The 200 DMA curve remained straight-lined for over three months, but buyers failed to take ADA over this level. The 50 DMA curve, however, showcases a much stronger potential for growth in the short term. ADA has jumped more than 28% since falling to under $1 at $0.80 levels in March 2022.

A retracement from this level can be imminent, considering a sudden spike in the RSI indicator. It can also move ahead to rival the January 2022 attempt for breaching its 50 DMA curve. $2 would be a strong indication for buyers about the potential of ADA to move ahead.

According to the ADA prediction, 200 DMA has fallen to $1.5 levels; it might further fall to $1.2/$1.3 levels in the coming months. Hence, the falling 200 DMA curve would simultaneously aid in the rising price trend creating a better scope for ADA to continue scaling. 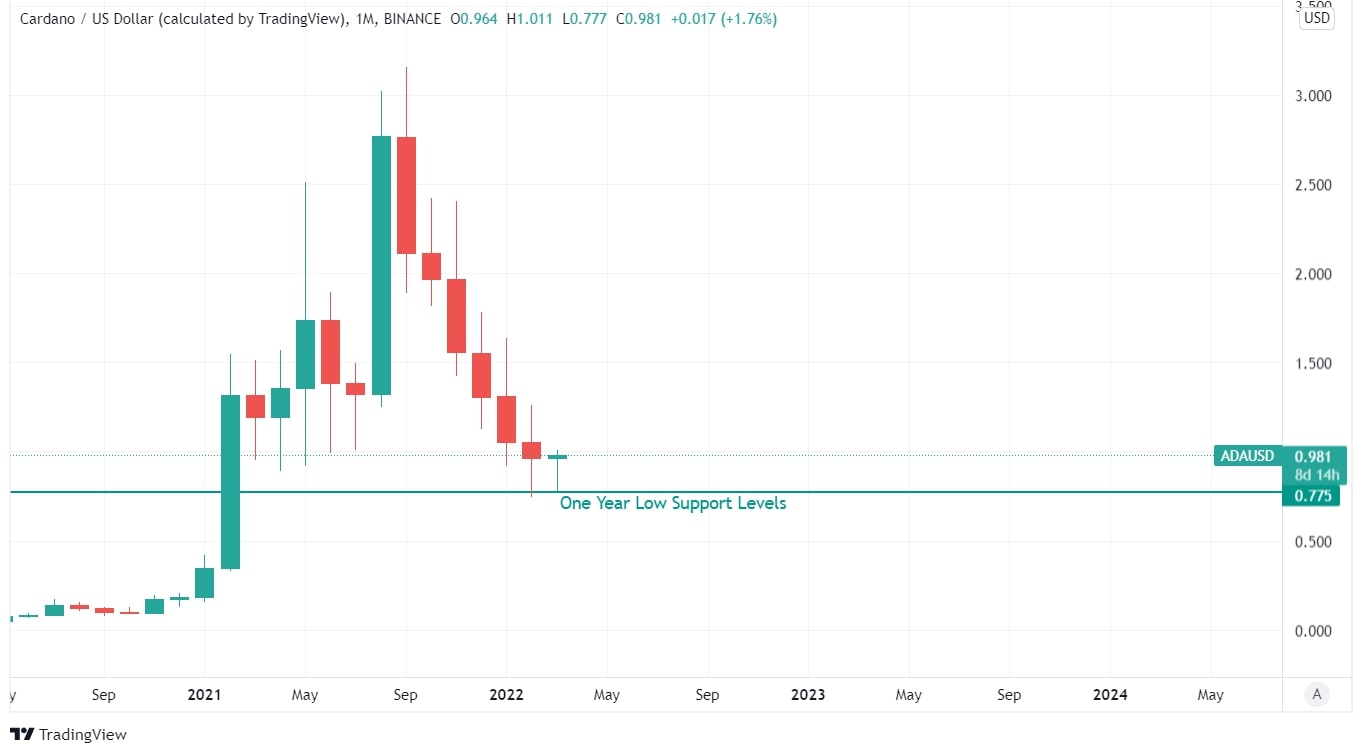 Cardano has been one of the most talked-about cryptos and blockchain stories in 2021. But witnessing the falling price pattern of ADA, one should be wary of their time to invest in the ADA ecosystem. On monthly charts, since September 2021, ADA has finally registered greener on the candlesticks despite losing its value from $3 to under $1.

The present rally should aid ADA to take over the $1 psychological level, but the lower wick could pull back this gain any time. Hence, one should be very thorough with the time frame they intend to invest in ADA. Considering the worst, ADA can further fall to $0.25 levels, a 75% decline from current levels.