Becoming a highly decentralized cryptocurrency will enable ADA to become a platform for other assets, much like the way ETH developed its potential for smart contracts. On September 12, ADA also supports smart contracts and hence should be considered a market toppling crypto asset, one directly threatening the monopoly of Ethereum.

September 2021 was earmarked as the month for releasing the Alonzo hard fork entering the Goguen phase as per the Cardano roadmap mentioned on its website. Outgrowing the BTC and ETH networks in 2021, ADA has marked the beginning of a new era. As the global market is heading towards renewable sources of energy, mining BTC and ETH are becoming increasingly expensive in terms of energy wastage.

On the contrary, Cardano is much more efficient with its energy consumption and holds huge practical potential and value, making it much more different than other cryptocurrencies. The all-time high of ADA is $3.1, which was touched on 2nd September, and current trades 30% below that value. The fall in prices has been gradual throughout the cryptocurrencies.

Cardano prices are juggling between buying and selling levels that have been established in the last few days of trading. For example, $2 to $2.10 becomes a strong buying level, while $2.3 to $2.45 becomes a strong profit booking level. Breaching either level will create a new price action for Cardano. 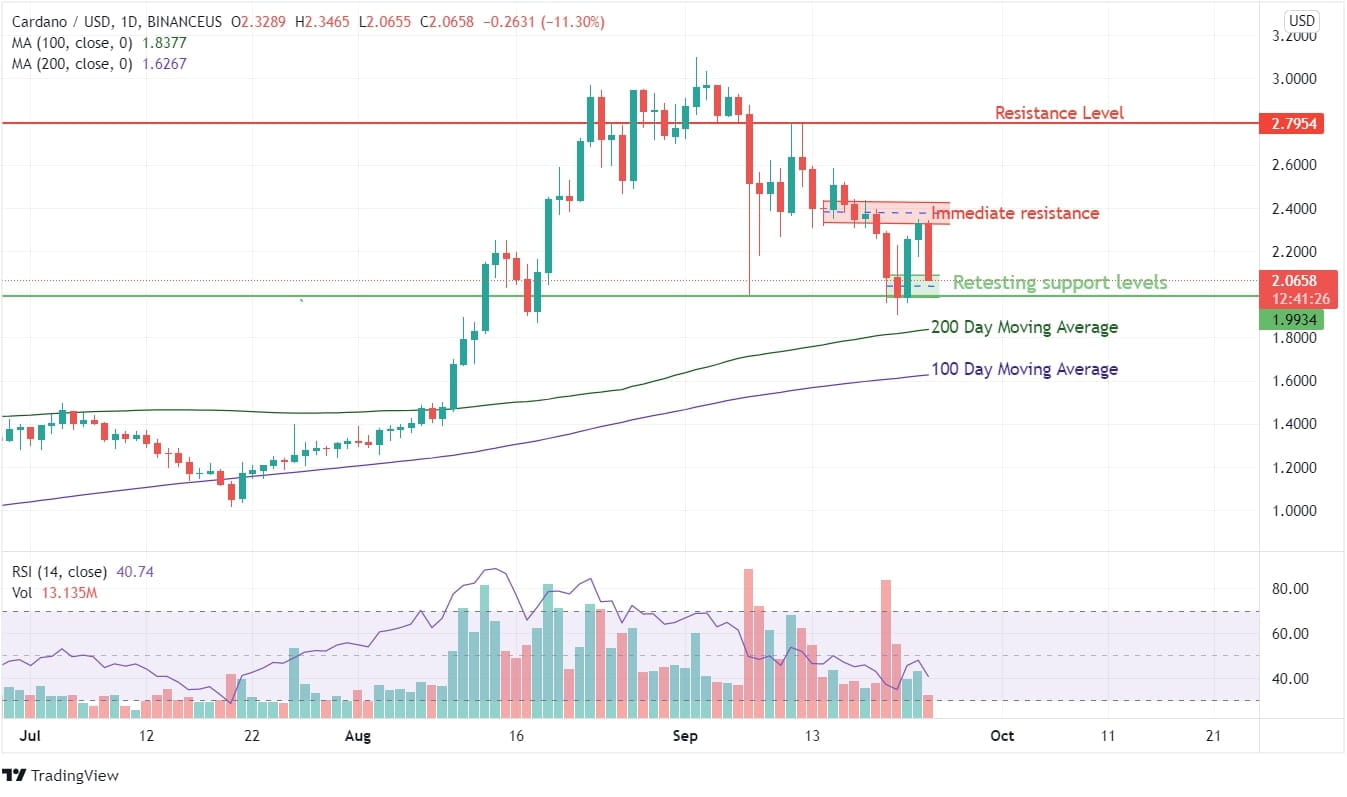 ADA coin is under strong selling pressure since hitting a lifetime high of $3.1 and has paved the way for investors to book profits for now with the hope of Cardano again retesting the three-month low values of $1. ADA, as of now, has the strong support of the psychological level of $2.0, followed by the 200 DMA level of $1.85 and 100 DMA level of $1.65. Now, since multiple supports are blocking any scope of a major sell-off, buying opportunities will help ADA retest new highs.

Once the immediate resistance level of $2.45 is breached in the upper direction, the resistance would shift towards $2.80, and sustaining this level on the closing level will enable ADA to break out of its small trading levels in an attempt to threaten the ETH network. RSI is extremely neutral, and there can be a direction change in the coming days, but as long as ADA holds the $2 level, one should remain positive. On a lower level, look for buying opportunities as ADA will rebound to new highs in the coming time as per our Cardano prediction. 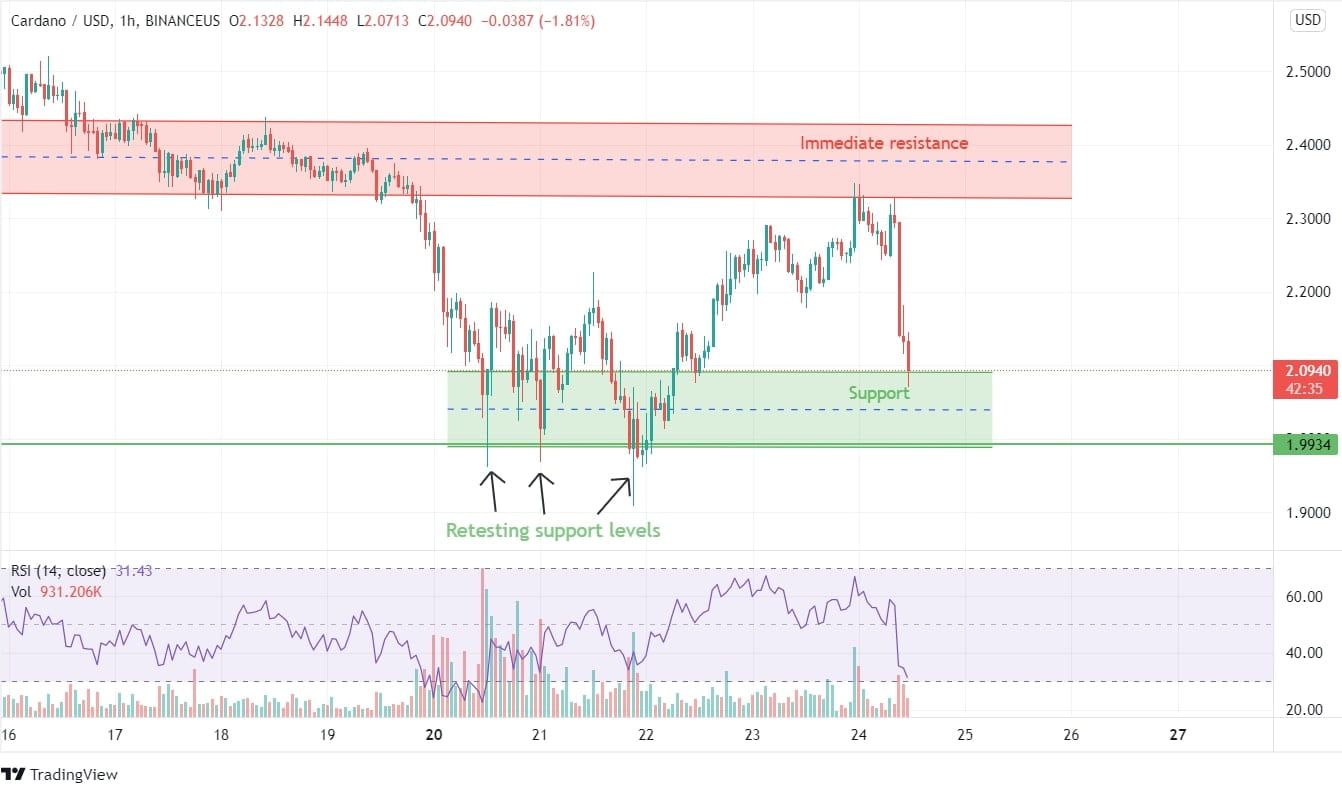 The break towards the resistance levels has failed as ADA fell back to the support level under $2.10. Breaching the support of $2.00 in a substantial candle can further add selling pressure on this cryptocurrency, with major buyers of the last two days exiting their holdings, adding further sell-off. RSI on hourly charts has closed into the bearish zones of 30.