Cardano outperformed the major market leaders by a huge gap in the recent gains it posted in August 2021. While September started on a positive note, it soon succumbed to sudden selling pressure across all cryptocurrencies. The fall in the last week shook the valuations and fundamental supports, but the market took some time to recuperate at the same levels.

Cardano is ranking at the third position with a 25% decline in market capitalization. Still, its $74 billion valuations are 15% stronger than Binance Coin, its immediate competitor in terms of market position. Cardano has a 71.17% circulating supply with a little over 32 billion coins liquidity.

On fundamental levels, this cryptocurrency looks strong, but there is a selling pressure reeled by those sitting on huge profits. Unrealized profits being realized should be considered the biggest reason for any upcoming sell-off on this counter.

Profit booking on Cardano has pushed it back towards support zones. But as ADA price fails to trade above its immediate resistance levels, it will be essential to see how long this support can continue to work before failing to the selling pressure. Alternatively, there can be a renewed buying sentiment for ADA after consolidating in a smaller range for a longer duration. The price action picture is extremely unclear at this point. 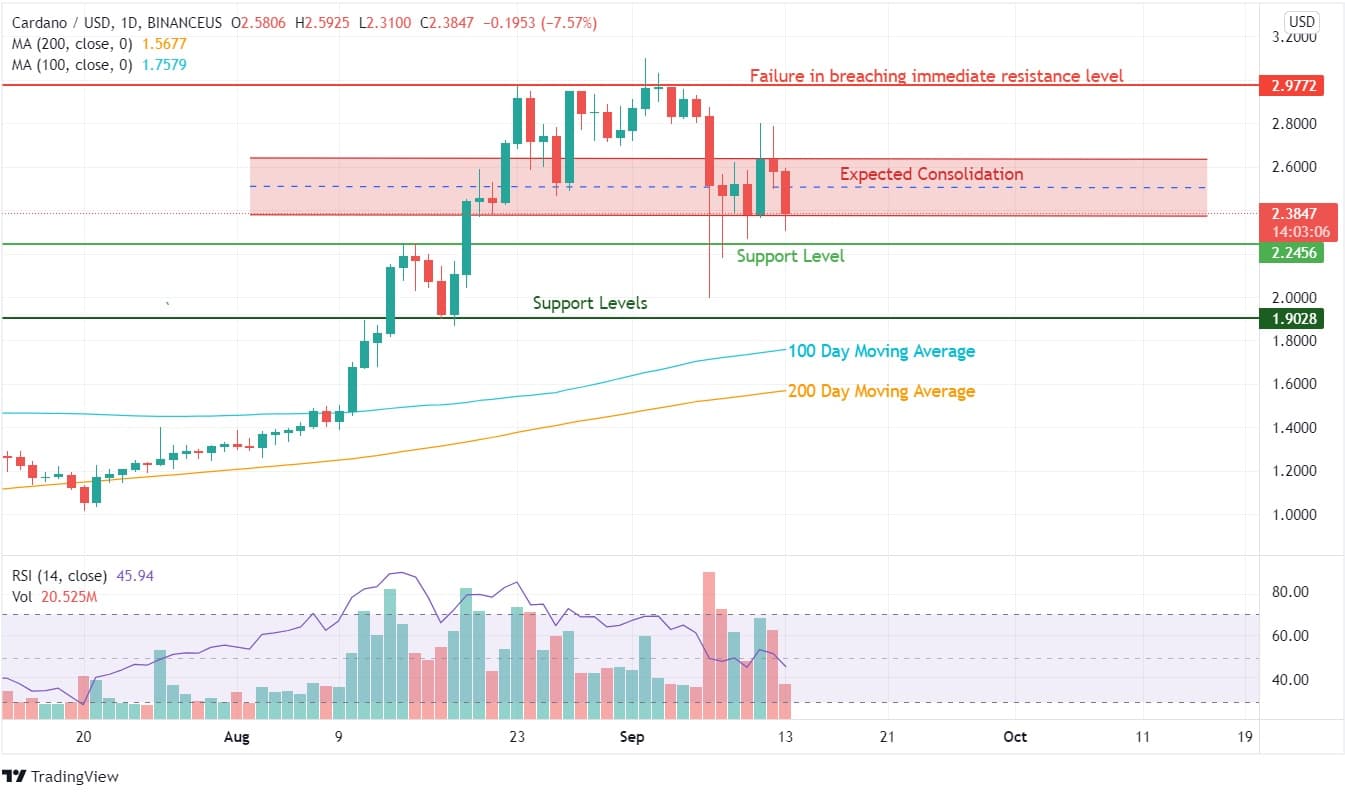 Cardano has still not turned negative despite a 24% fall in valuation over the last few days. The price action itself is trading above the important swing ranges. A consolidation range is being developed over the last couple of days, precisely after the September 07 dip. This range has an upper resistance at $2.65 and supports at $2.40. The further upside there is evidence of a very strong resistance level being created after ADA failed to zoom past the $3 zones on a closing basis.

But there are multiple supports in case of any downside movement. From its 100 and 200 days moving average of 1.75 and 1.57 to psychological support at $2.00, Cardano even has swing support at $1.90 levels. Any price movement between $1.90 to $2.25 should be considered as a buying opportunity, and one should neglect unusual candle length to predict the future price action on ADA.

While volumes have risen to an all-time high, we are witnessing a declining RSI curve that has taken a hit from 70 towards 50. That’s because we have had only two positive days in the last seven trading days. At the time of writing this technical analysis, Cardano was trading at $2.3961. 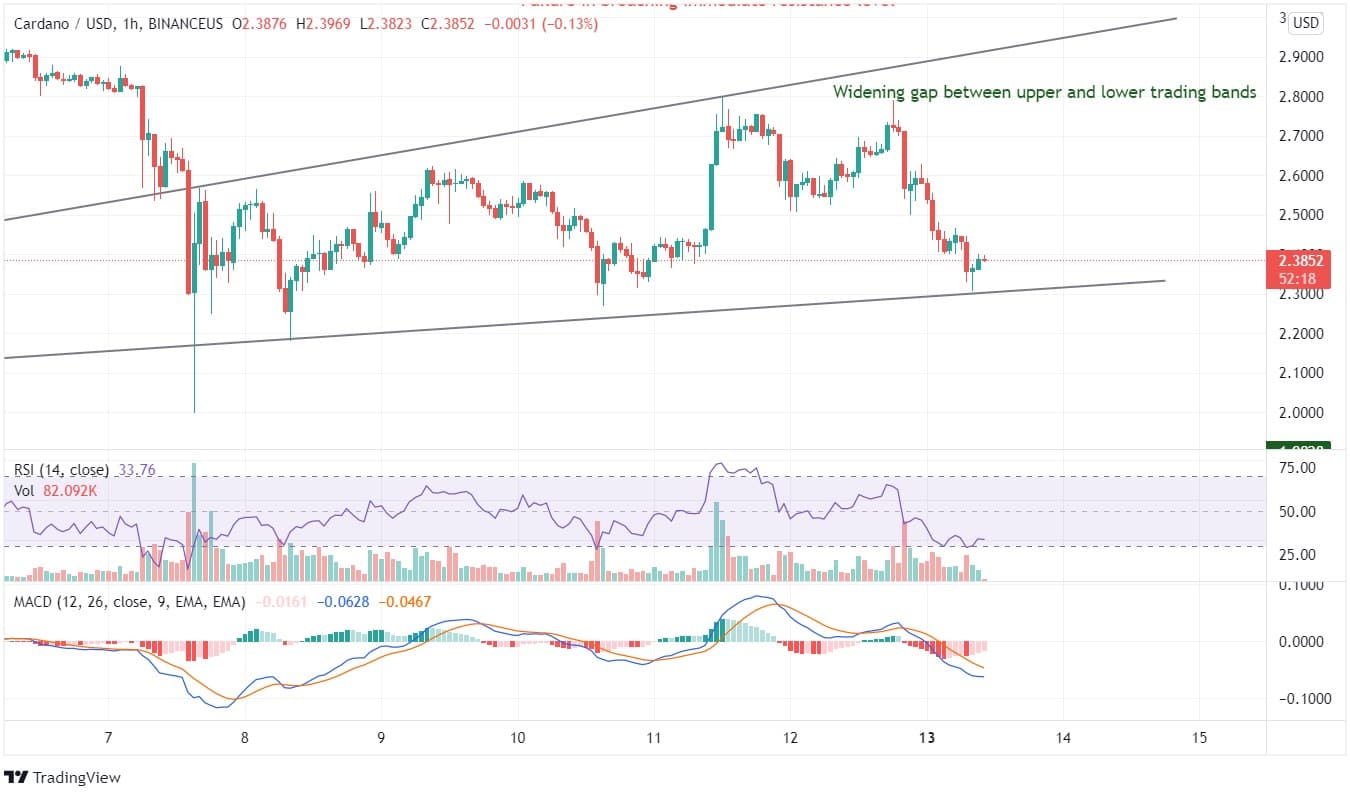 Cardano is reeling under a lack of persistent buying sentiment we witnessed earlier on its chart. Current price action is a consolidative movement with a widening gap between lower and upper trading levels. RSI is close to oversold zones in lower levels of 25, with the MACD indicator proceeding towards a bullish crossover, which will sit in tandem with the support movement seen on charts. Based on our Cardano forecast, buying at the lower trend line and selling at the upper seems like a good move for smaller trades.

WePiggy and QuickSwap Collaborate to Amplify the Usability of $dQUICK

Find Out the Best Trading Hours on Forex From Traders Union 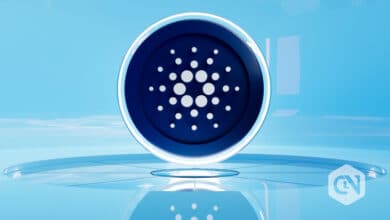