Cardano has defied all others and created a fresh high, making the price action of April 2021 smaller in front of the August 2021 rally. Defying the expectations of stalling around $2.5, ADA hit a home run with a simple consideration and breakout pattern, which has been repeated more than three times since it became trending in July 2021.

Leaving aside the fundamental terminologies, let’s jump straight to the price analysis and predict the further growth prospect of ADA. When someone asks about the leading cryptocurrencies, ADA has secured its position in the trio group with close to $90 billion market capitalization.

In the shorter time frame, it rebounded from $1.05 to close to $3, the position of Ethereum seems to be in trouble. Cardano just needs to elevate by 4.3 times to $12.34 to come shoulder to shoulder with Ethereum. From technical and sentiment perspectives, Cardano can dethrone ETH, but it wouldn’t be done in a day or week. But instead, it will take it a few years to become the number 2 cryptocurrency.

Cardano is unique because of its use case, beyond something comprehended by the leading proof of stake-based cryptocurrencies. It combines security, scalability within a sustainable environment that consumes much less energy to validate a transaction. Moreover, the much-awaited Alonzo Fork in ADA can work wonders for its valuations as it would enable ADA to execute smart contracts without changing its algorithms. 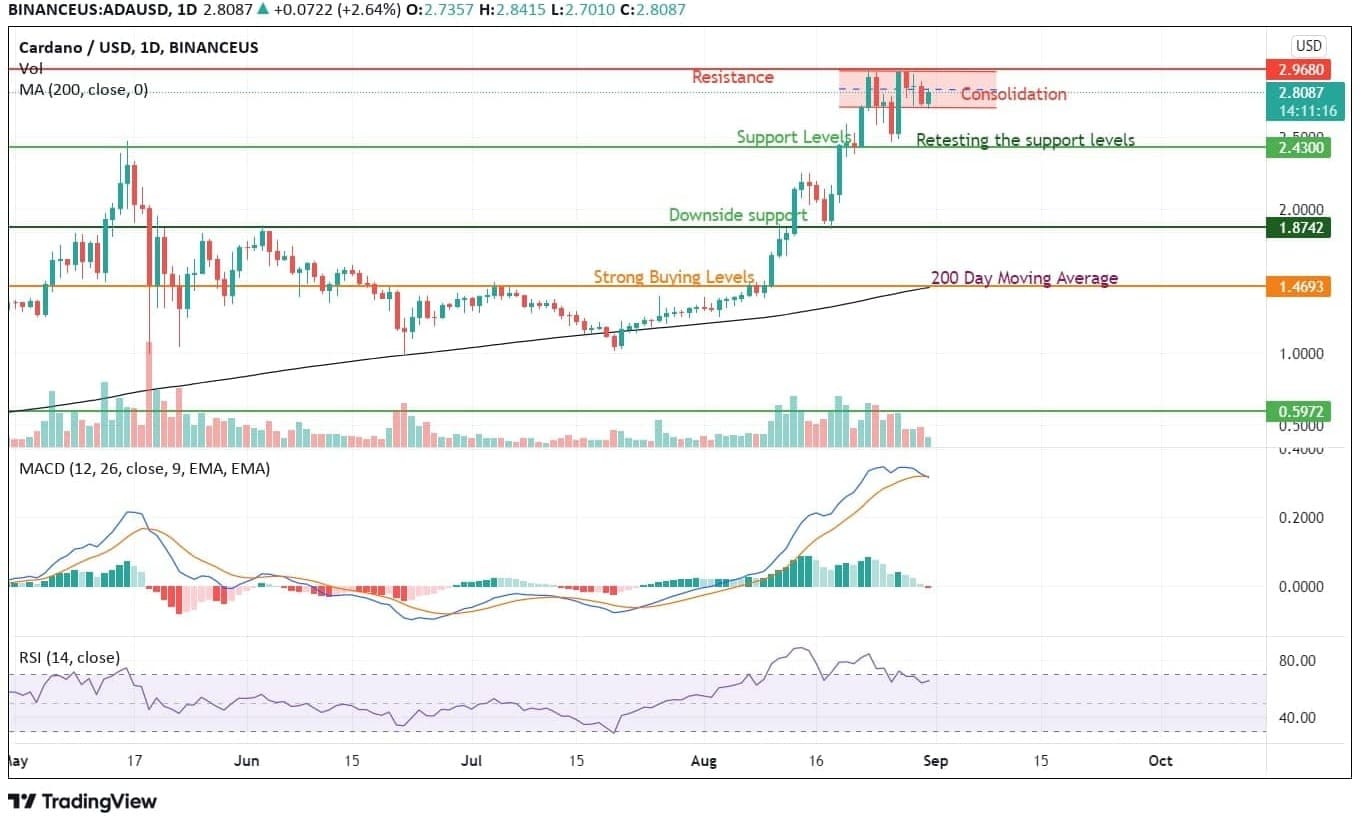 After its breakout on August 19, 2021, Cardano price has reached a level beyond our perception. The expectation was for ADA to get around $2.50. Still, the tables were turned under the hopes of the upcoming Alonzo Fork, which will enable it to contribute towards smart contracts development. As it consolidates at the peak high close to $3, there is much doubt, fear, and uncertainty. Some expect ADA to retrace, while others see this as an opportunity to buy more before it becomes a double-digit cryptocurrency.

Technical indicators signify an upcoming profit booking as MACD creates a bearish crossover on daily charts followed by decreasing volumes on the charts in the last week. There is some strength in RSI as it shows a level of 67 on charts. However, there is a strong emerging possibility of retracement as per our Cardano price prediction. Taking entry at such levels should be done carefully with backup to average out in case of a fall. 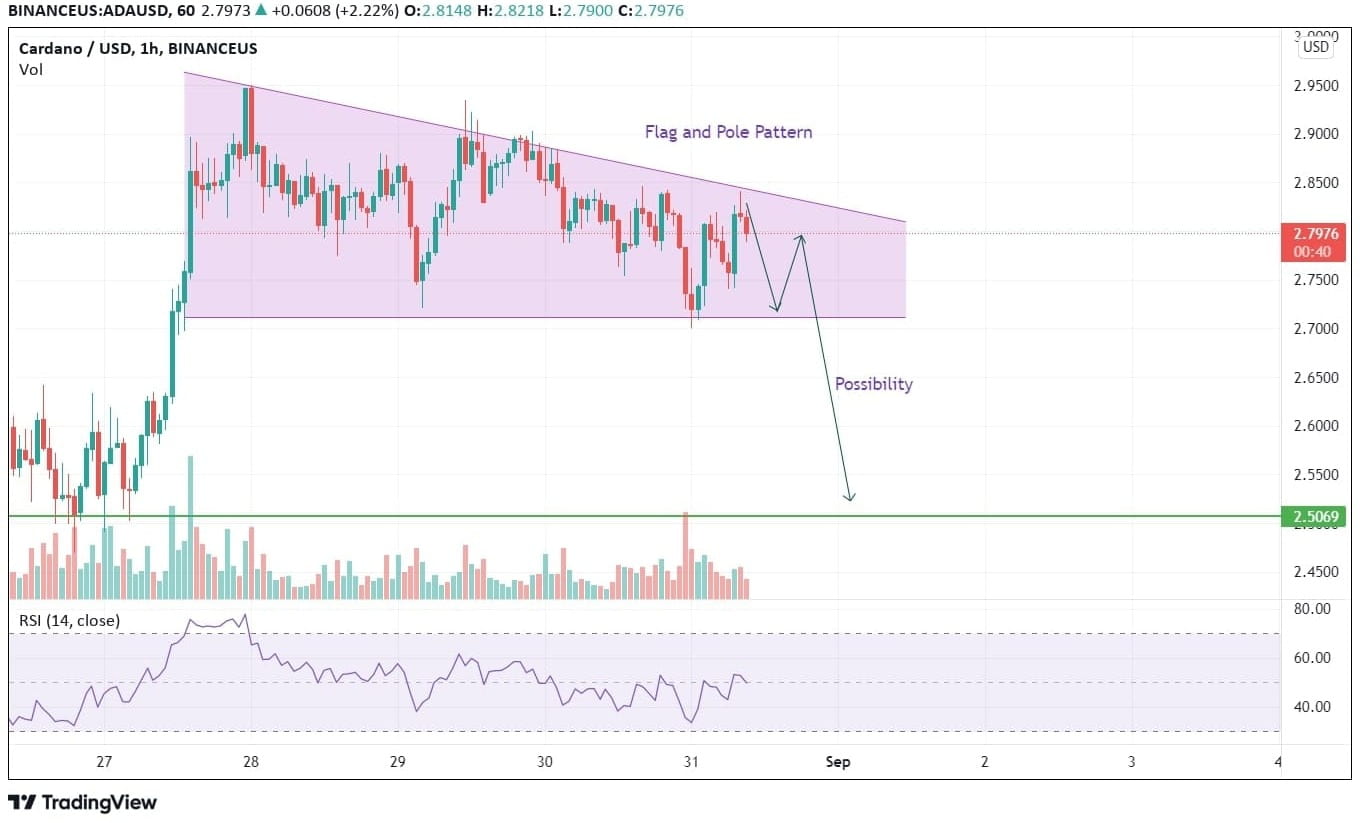 Hourly charts on ADA highlights the same concern of a certain profit booking. Here we are witnessing a flag and pole pattern formation, and ADA faces difficulty in making higher highs while taking support from the same level. Breaching the $2.70 level on hourly charts can induce a panic profit booking pushing it down towards $2.50 levels. For a broader breakout, ADA should consolidate in the zone for a longer duration to root out any scope of weakness.

Volumes on hourly charts have been the same over the last five days, which is in stark contrast to the volumes on daily charts. RSI here is trading at a little above the neutral zones. There has been no overbought level or strong buying sentiment in the last four days. Such price momentum demands calculated moves.

Online Conference to Discuss the Use of Blockchain in Real Estate