Cardano is a public blockchain that is decentralized in nature. This cryptocurrency venture is an open-source platform. Now the venture is building upgraded features through developing a smart contract. Cardano is the first blockchain platform which is originated from the scientific approach.

Cardano has the ultimate objective to grab the position of the third generation cryptocurrency. And this goal is achievable once the blockchain finds a solution for scalability and sustainability, it will be easier to grab the status of the third generation crypto; taking care of interoperability would be of great help too. The blockchain venture has a strong existing community of crypto holders and backers who believe that the Cardano would perform significantly during 2019.

Though this all-well picture gate a bit blurred when recently the company had to witness a rough time; even its head expressed his displeasure. However, a couple of days ago, news came in the market claiming that Cardano is getting backed by Coinbase Pro somewhere in the mid- 2019. This news has helped Cardano in its come back. People are speculating an increase in its price as much as $0.4.

At present, what Cardano interested the most is in the Shelley stage. This venture is all dedicated to the foundational technology to grow into a fully decentralized system. This system will be introduced this year in the first quarter. One can expect the rise in the value of the company post the introduction of the Shelley stage. 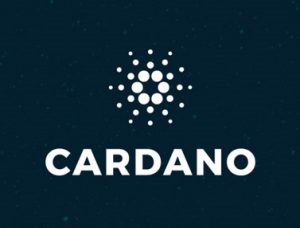 The cryptocurrency market at present is in the bearish trend, but there are a few ventures present, which are performing well and Cardano is one of them. Cardano is also an accommodating place for the ADA crypto coins. These are used to send and accept the digital form of funds, doing direct transfers by using cryptography.

It is, at its core, is a platform build to help the operations of the financial applications used by people and institutions.

As the crypto market is volatile and there are lots of uncertainties, speculations are inevitable. But predicting the accurate or close to the accurate price of the currency is hard.

Here are the statements regarding the Cardano price prediction:

jiomobilephone1500 released a crypto news article last year in December, where it anticipated that ADA tokens might be worth between $65-$77 by November 2019. It also predicted that by December this year, ADA cryptocurrency might go as high as $89.35.

The creator of Smartereum thinks that ADA cryptocurrency has a brilliant future; he also claims that the one-year value for an ADA token is around $2.50, and it most possibly can reach $10 in 5 years.

Us Lifted is a dedicated crypto website where one blogger claims that the prediction of the ADA’s worth could be as much as $72.30 when 2019 reaches the ending.

The co-founder of Ethereum, Hoskinson established Cardano which is also known as the Ethereum of Japan. As per the report, 95% of ADA cryptocurrency coin is owned by the Japanese people. As per the average estimation, ADA is going to flood upward in 2019.

Cardano (ADA) value expectation by the experts in the industry says that Cardano will understand its most astounding worth and would rise all through 2019 with no sign of fall. Many individual investors and consultants are expecting it to go beyond $0.320 (at the beginning of the year itself).

Experts are saying that from July, it will begin flooding upwards steeply. As of now, Shelley is in the pipeline, and is about to get released in the first quarter; and this straightforwardness may fill in as a colossal pointer to expand the client appropriation rate.

2020 will demonstrate one of the most successful years for Cardano, where it floods upward and beyond the $1 mark. Cardano costs had crossed 1 USD in Dec 2017.

As stated by Cardano, this will be the third-gen crypto money. It was formed with the objective of defeating the issues experienced by the different monetary forms. It was structured with the aim of offering quick transactions and trades. The blockchain technology will gain more trust among its clients, and if we are talking about Cardano, it can reach $2 this year. One can change over ADA to BTC from CoinSwitch, best case scenario rates.

Ethereum Preparing for the Second Trial of Its Hard Fork ‘Constantinople’

Cardano (ADA) Is a Buy on 2022 Network Growth Plans