CasperLabs, the recently launched startup that aims at scaling the Ethereum blockchain without has compromised on decentralization, announced on Tuesday that the project had raised over $14.5 million in Series A funding. The round was primarily led by Terren Scott Peizer, the chairperson of Los Angeles-based Acuitas Group Holdings, who is also more commonly dubbed the “Zelig of Wall Street.” Among other participants were Arrington XRP Capital, Consensus Capital, Axiom Holdings Group, Digital Strategies, MW Partners, Blockchange Ventures, Hashkey Capital, and Distributed Global.

Peizer, who has been advocating and keenly studying the blockchain and crypto space since its nascent phases, admitted that he had been on the lookout for a company that is capable of strengthening and further decentralizing the aspects of a public chain without sacrificing speed, security, and/or scalability of the next-generation platform.

“Scalability of a product and company is the leading driver of value creation. Consistently, the most proficiently scalable company becomes the industry leader,” he added.

CEO of Casperlabs, Medha Parlikar, stated that the funding would be steered, over the next half-year, toward product development and to strengthen the team of core technical workers including engineers, academics, and architects. Mrinal Manohar, CEO of CasperLab’s parent company, Adaptive holdings Ltd, announced the company’s gratitude for the acquired financial support from the Series A funding round. According to his statement, the startup will issue updates in the coming months that would be more interesting to follow.

At present, CasperLabs is striving to solve challenges like the trilemma of scale, security, as well as decentralization, by creating a platform that would be developer-friendly to build and deploy apps on top of it. Ethereum Foundation researcher, Vlad Zamfir, who also serves as the company’s lead consensus protocol architect, is driving efforts to research on PoS (proof-of-stake) that can be leveraged to deploy a fully decentralized, shared, and scalable version of blockchain. However, in March 2017, he made the comments on Ethereum calling the project “immature, unsafe, and unscalable” at its contemporary conditions. He went further to urge communities not to rely on the blockchain to create critical applications. Joining CasperLabs was Zamfir’s way of focusing on developing his own creation that would address Ethereum’s problems, and seeing his innovation come to fruition.

Ethereum, on the other hand, is already preparing to migrate from its existing consensus mechanism of Proof of Work toward a staking mechanism, known as Proof of Stake, the very mechanism that CasperLabs is built upon. It is likely that if CasperLabs succeeds in building a state-of-the-art product, Ethereum engineers might even adapt to its solution.

Stellar Price is Down by 3.4% Since Yesterday 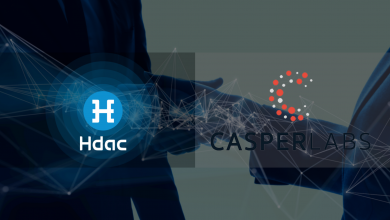