BZX Equity Exchange, helmed by the Chicago Board Options Exchange, gave a jolt to the crypto arena when it withdrew its VanEck/SolidX Bitcoin Exchange Traded Fund proposal laid before the U.S Securities and Exchange Commission (SEC).

On September 17, 2019, SEC issued a notice stating the news of CBOE withdrawing its VanEck/SolidX Bitcoin ETF application on September 13, 2019. The decision concerning the establishment of the country’s first Bitcoin ETF has been delayed several times in the past. However, October 18, 2019, was the deadline given to the Securities and Exchange Commission to give its verdict on the approval or rejection of the highly anticipated proposal.

There is no substantial reason given for the shocking step, though this news has garnered attention from the financial sphere as it has come just weeks after VanEck and SolidX have started offering shares of the Trust to institutional buyers under Rule 144A exemption. The entities involved in the distribution of shares should have assets owned or invested worth an amount of at least $100 million.

Last week’s data showed that VanEck issued just 4 Bitcoins through its new trust. The statistics from the company showed that since the time of its inception in September, VanEck SolidX Bitcoin Trust 144A Shares total net assets stood as a meager value of $41,400 only.

We are committed to support Bitcoin and Bitcoin-focused financial innovation. Bringing to market a physical, liquid, and insured ETF remains a top priority. We continue to work closely with regulators & market participants to get one step closer every day.

With VanEck/SolidX Bitcoin ETF proposal withdrawal, SEC is now left with two Bitcoin ETF proposals. The first one is filed by Wilshire Phoenix that will include Bitcoin as well as U.S Treasury bonds in the Trust, while the other filed by Bitwise Asset Management with NYSE Arca. The deadline for Wilshire Phoenix is the September end while the deadline for Bitwise Asset Management proposal is October 13, 2019.

Bitwise Asset Management platform recently clarified that BNY Mellon network would serve as the transfer agent for its ETF solution.

DASH Surges as the Market Gets the Boost; Short-term Seems Profitable 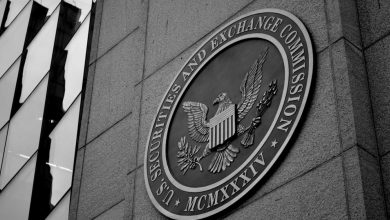