Chainlink has been one of the massive gainers of the year until it entered a bleak movement lately after marking an All-Time High around $19.9 in the mid of the previous month. With a constant gain after having traded sideways, LINK is now one of the most lucrative investments in the market and is notably ranked amongst the top 10 cryptos, leaving behind the significant altcoins like Litecoin, Bitcoin SV, Cardano, etc.

Alongside, Chainlink has also marked many collaborations this year to make the platform worth the hype and become one of the graded DeFi tokens of the market. The most recent integration of Chainlink with that of Elastos, wherein the latter gave out their DeFi roadmap followed by this strategic partnership.

Moreover, since the listing of the LINK token in the global crypto market, it was seen trading sideways until the altcoins gained impetus, earlier this year when Bitcoin was waiving off the gains.

However, the current market scenario is not favoring the price, and we see LINK losing a subsequent amount from an ATH of $19.9 to currently trading below $10 at $8.65.

Chainlink, until the first half of the previous month, was seen trading with a flattish momentum below the $5 price area. However, since the 1st week of July, LINK/USD gained big and recorded a straight rise of over 330% in nearly 5-6 weeks from trading around $4.6 to hitting an ATH at $19.9.

However, unable to maintain the marked height, Chainlink’s price dropped with a continuous pullback and is currently below $10, trading at $8.65. With a complete negative sentiment in the market, LINK/USD lost support from MA50, and if it drops any further, it is likely to test MA200 support as well.

Moreover, with a complete negative bias, Chainlink breaches the lower band, while the bands are seen approaching and coming closer with comparatively lesser possibility of a volatile breakout. The MACD indicator of LINK also draws a bearish divergence, and the RSI is already hitting bottom at 35.89 due to price slash and demand slash. As per the LINK predictions, the coin might continue to trade downwards and might breach 200-day MA at $6.6 soon. To know more about the future price of Chainlink, you can visit our forecast category. 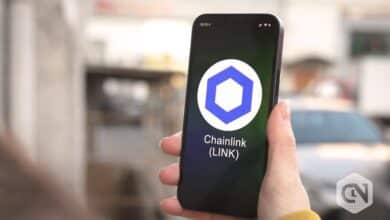 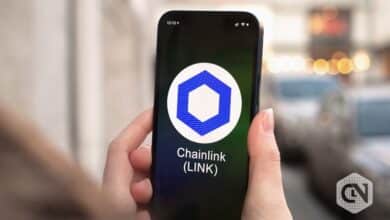 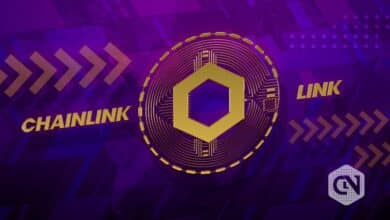 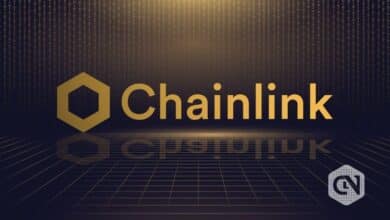