The world has been in the middle of an economic downturn for most of 2019 due to a range of factors. The uncertainty with regards to interest rates and the continued United States–China trade war has brought on a lot of chaos on to the markets. Due to such chaos many investors have decided to move on to gold in order to protect their cash and the price of the metal has rallied at a breakneck pace in 2019 so far. However, one of the major reasons behind the rise in gold prices is heavy buying from some of the bigger central banks in the world and the People’s Bank of China has proved to be one of the most aggressive buyers so far.

According to the latest reports, the Chinese central bank added as much as 5.91 tons of gold in the month of August alone. However, heavy buying has continued throughout the year. In the eight months prior to August, the People’s Bank of China (PBoC) had added as much as 94 tons of gold. The bank started buying gold once against back in December 2018 and since then it has been aggressive in its buying. Most central banks across the world have been quite aggressive in their efforts to buy bullion over the past months and it is believed, it is part of a concerted effort to diversify investments. At a time when the capital markets are highly volatile, it is only prudent to spread investments across asset classes and investment in gold is possibly the best option.

Moreover, considering the fact that the US-China trade war is showing no signs of being resolved, many analysts believe that heavy buying is going to continue. An economist at the National Australia Bank stated,

Trade war restrictions, in the case of China, or sanctions, as with Russia, give an incentive for these central banks to diversify.

He went on to add,

Also, with increasing political and economic uncertainty prevailing, gold provides an ideal hedge, and will, therefore, be sought after by central banks globally.

It is a significant development since in the past China had gone through long periods without revealing their gold reserve status. The fact that they have revealed such a huge round of buying probably signifies that the country is readying itself for a long drawn out trade war if it comes to it.

Watch Out Binance’s Countdown for the Third Bitcoin Halving Event 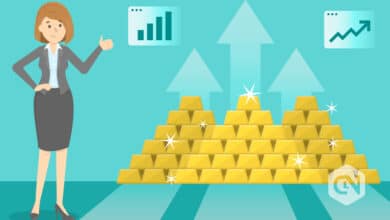 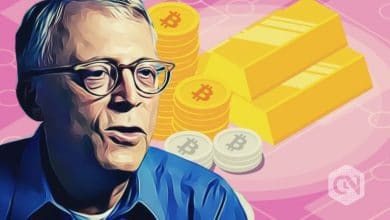 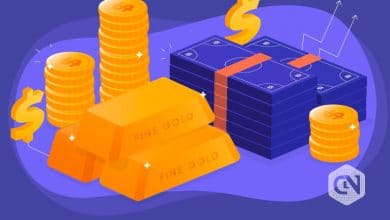