Chinese President, Xi Jinping, recently endorsed the country’s efforts in blockchain technology, reinstating the fact that China sees the technology as an integral part of the country’s plan to race ahead of the U.S. in tech supremacy. Only last week, the President has dubbed blockchain and its many use cases as “key breakthroughs crucial to facilitating China’s progress in core technologies.”

As part of his speech to the communist party committee, Xi stunned the world by throwing the insurmountable force of China to embrace bitcoin’s underlying technology. He emphasized ways in which blockchain can bring in massive changes not only in China’s business sector but also in the broader economy. These words from the President indeed marks his first in-depth remark on the blockchain. He was also noted stating that regulation should be modified and adjusted or, if needed, created to embrace these technological innovations.

Starting from issuing their very own digital money to streamlining government services, the possibilities of blockchain in solving some of China’s major setbacks have stirred discussions between scientists, cypherpunks, and financial investors alike. One of them is GoWithMi Co-founder Simon Ren, who believes that with the continuing wave of national policy support,

China’s blockchain technology will surely cover the world with this spring breeze, and China will inevitably become a world blockchain powerhouse.

According to Ren, blockchain is sternly poised to become the determining factor that would shape almost all sectors in the future, from digital finance to the internet of things to AI and 5G. Also, the technology could be effective in making China’s vast bureaucratic system even more efficient. Blockchain-based systems could be used to generate and file enforcement cases in Chinese court automatically. Because of involving lesser manual intervention, systems like this could make judicial enforcement in China intelligent and more transparent than ever.

Quick research into some of China’s blockchain initiatives reveals that the government is proactive in encouraging the advancement and mass adoption of the technology. It’s quite evident that the difference between blockchain and cryptocurrencies is clear within the nation, and the Chinese government is proactive in promoting the technology. With the exponential rise of blockchain firms all over China, backed by a tremendous amount of support from the local government, it is most likely that this era will experience the rise of the “Made-In-China” blockchain. However, there remains a huge need to educate people about blockchain and its potential to disrupt industries.

The greatest transformation that blockchain has ushered in the world of technology is to relegate trust from humans to 1s and 0s, which marks an imperative step at a time when breaches and frauds are weaved into our everyday lives. Recognized by many as the biggest shift since the internet, the technology is increasingly gaining traction owing to its potential to change the way we work and interact. Currently, every nation on the planet has its eyes on a blockchain. It is, however, to be seen who becomes the first to win the race and attain blockchain supremacy.

VeChain (VET) Shocks the Market with a 4.71% Recovery Overnight 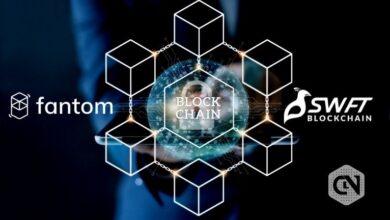 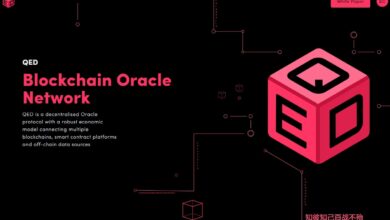 NEAR Protocol and RiskSwap Join Hands for DEX Project