China is taking new steps to progress the country’s developmental association with blockchain technology. As a result, the latest reports suggest that the country has decided to release three blockchain standards related to privacy, smart contracts and deposits and in a way offer upgrade for blockchain projects in China.

The new statement released by the China Electronics Standardization Institute (CESI), which is a government organization currently working for China’s Ministry of Industry and Information Technology (MIIT). According to a Chinese media outlet, it seems that the new standards concerning blockchain will base on the association.

The announcement of standards was by Li Ming, director of CESI at a recent presentation of Deep Tech. He discusses more about the new standards to launch and what their preview of future outcome entails. The standards would include basic standards, process and method standards, information security standards, credible standards, and business and application standards.

All these standards will help them to provide a strong base for standards pertaining to the national and global spectrum, says Li. According to his statements at the presentation, they are planning on launching the set of standards by the end of 2018. Li says that these standards will be in the form of recommendation and won’t be mandatory, but act more as a reference guide for upcoming projects concerning blockchain association. 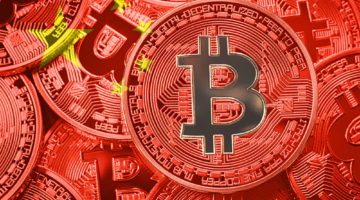 Moreover, the governing reason behind such need of standards is the growing industry of blockchain technologies even though some people might not be in the support with it. Today’s digital economy genuinely needs a tool for managing efficiency and security and blockchain can provide the same, even when it comes to cryptocurrency. The increasing need and adaptation of blockchain and its services can’t be ignored, and it is clear that this will only amplify in the future.

According to Craig Dunn, international standards needed when it comes to blockchain investment. Even though there are a lot of skeptical people, the acceptance of blockchain technology is still increasing and surprising giant enterprises with its efficiency. In fact, the matter might as well as be “urgent.”

It was China’s IT ministry that suggested the urgent need of developing new standards for the positive progressing blockchain industry. Recently, the efforts resulted in creating seven new standards which were regarding the core blockchain facets, especially smart contracts. However, the ministry stressed that the country needs to develop a full system of blockchain standards domestically.

Binance Announces Coin Listing Fees and Donate it All to Charity