China has been one of the staunch critics of cryptocurrencies and has always adopted a reserved approach. The country has strict and stringent laws imposed on the crypto industry, which forced several companies to either end operations or move their bases out of the country.

Ironically, some of the most powerful names in the crypto space come from China, like Binance Chief Changpeng Zhao, and TRON CEO Justin Sun. However, the strict policies of the government against crypto compelled them to move out of the country, like CZ shifted to Japan.

Interestingly, China has been quite optimistic about blockchain technology and has been openly supportive of it. China’s supreme leader Xi Jinping had made a statement that blockchain is acceptable and the country will keep focusing on the ways to adopt the tech. Contrastingly, he has always opposed the use of Bitcoins and other cryptocurrencies, terming them as fraudulent.

The country’s negative approach towards crypto doesn’t come as a surprise, as the core ethos of decentralized currencies goes against the policy of the Chinese government. Cryptocurrencies give people freedom from the government-controlled systems, and that’s what China’s leader cannot afford.

In fact, the communist regime has thrived on the state-concentrated economy and tight controlled systems. There have been several incidents, which indicate that the current government is threatened by free access to information and money for the people, which is why cryptocurrencies are a big no in the country, alongside global platforms like the Google Search Engine, Facebook, Twitter, Instagram, Snapchat, Gmail, YouTube, etc.

So then, is it that the Chinese will never adopt crypto? Quite contrarily, the Dragon is planning on crypto adoption, but the one which they can easily control, and not something as decentralized as Bitcoin or Ripple. There have been reports of the Chinese government working on a digital currency, which will be managed by the state and there are quite a few reasons for them to do so.

Why is China Taking a U-Turn on its Crypto Stand?

First of all, they might have realized that crypto has the power to subside, if not end, the global dominance of the US Dollar. This was clearly evident in the case of Venezuela, where the people were able to bypass the sanctions imposed by the United States using Bitcoin. The Russians, one of the US arch-rivals of Washington, and a recent aide of China, has openly stated that they are developing a government-backed cryptocurrency, which is already in the final stages of development.

China bitterly realizes that no matter how big it becomes, it can never attain global dominance unless and until the reign of the USD comes to an end, which has been quite evident in the ongoing Sino-US trade war. However, if more and more countries start accepting crypto payments, the US Sanctions won’t be a big problem, as they are now. Especially, the ill-effects of the trade war felt in Europe and other regions can be significantly reduced, once China doesn’t need to spend or accept US Dollars in these areas.

On the other hand, China is equally aware that relying on truly decentralized currencies can cause it to lose the socio-economic control and authority it currently enjoys over its people, which has been a major reason for the growth of the Dragon. In this case, the best option left is to introduce a digital currency, under complete control of the government, like Russia is doing, and like many other countries are doing.

What’s in Store for the Rivals?

Well, the US and India, two of the major rivals of the Chinese, have had quite a neutral view on crypto. India, sadly, has strict impositions on the industry, which is preventing a robust crypto system in the country. Likewise, America, too, has been quite passive of late, with President Donald Trump stating that crypto is used for terror funding, tax evasion, money laundering, etc.

Whatever the reasons may be, the two countries will have to find a solution and take the crypto warheads on, so that when the Dragon spits fire, they have enough water to fight it!

Cons of Cryptocurrency: the Other Side of Digital Coins

Bitcoin Price Subsides the Loss of the Previous Week 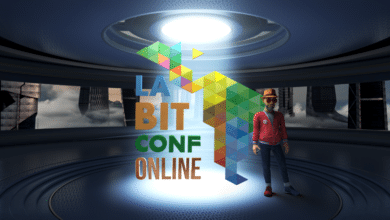