The Chinese economy witnessed a consistent downfall in the later half of 2018. The country witnessed its lowest quarterly growth rate in 28 years in the December quarter.

However, according to a report published on Wednesday, the world’s second-largest economy is on a recovery path, orchestrated by the rising credit flow in the country. The report by China Beige Book stated that the first quarter of 2019 has shown evident recovery, and the reason behind that is an increase of credit in the market. The trend favouring credit, however, is in contrast to the efforts taken by the government to decrease debt.

China has been at an economic tussle with the United States over the issue of tariffs on imports of American goods in the country. The Trump administration raised tariffs on Chinese goods, and in retaliation, Beijing replicated it. This saw the exports of Chinese products to the US decline significantly, hurting the economy severely. Beijing’s policy to cut down on debt further slowed the growth rate.

The growth of China is extremely important from the global perspective, as suggested by the IMF. Speaking at the World Economic Forum at Davos earlier in January this year, IMF Chief Christine Lagarde stated that the US-China trade war has had an adverse effect on the global GDP, which is currently predicted to grow at 3.5%. As the Chinese economy slowed down, consumptions dipped considerably in the world’s largest consumer market. 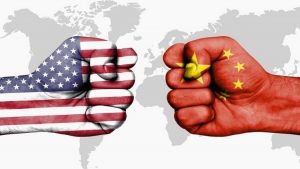 The new report states that there is an improvement in investments and hiring across the country, in comparison to the previous two quarters. Commenting on the report, China Beige Book Chief Leland Miller said that the people completely misunderstood the level of deleveraging by the administration, which resulted in a reverse pattern of credit flowing in, instead of being reduced. This has lead to the progress in the first quarter of 2019, she added. The reports were based on a survey China Beige Book conducted on over 3,300 Chinese businesses.

Small and Medium businesses have contributed a big chunk to the growth in the quarter, and also created a high number of employment opportunities. Previously, these firms faced difficulties in getting loans as the banks were hostile towards them. However, the trend has changed in the last few months, after the government directed banks to lend smaller private entities. Following this direction, credit to small businesses grew, and the People’s Bank of China also formulated a special division for this purpose, named Targeted Medium Term Lending Facility.

This resulted in private firms getting more finance than even state-owned corporations. The report also indicates that corporate borrowing per quarter has been the highest since 2013, which is a matter of concern for the administration. The survey further states that loans sanctioned through shadow banking continued to increase for the second consecutive quarter, which is extremely worrying too.

What also looks worrying is the rising costs of borrowings. Borrowing costs in China are on the high as compared to the preceding quarter, the report stated. The average cost of a bank loan now stands at 6.9% whereas that of a non-bank loan is at 11.42%. Miller recommends that these rates must go down if the country wants to sustain the recovery path. However, she also cautioned that growth in the first quarter doesn’t guarantee bulls for the entire year, especially in a country as big as China.

The growth of China is extremely essential, as it is one of the biggest consumers of US goods and services. The trade war between the two biggest economies means that exports of all other countries will get hurt, as evident since the second half of 2018.

Crypto Developers are Seen to be Abandoning Litecoin and Dogecoin, Says Report