The financial technology sector is one of the most important industries to have emerged over the past few years and during that time the United Kingdom has gone on to become one of the most influential countries in terms of Fintech innovation. One of the more interesting Fintech companies to have emerged in the UK in recent year is the startup True Layer. In a new development, the five-year-old firm has managed to snag a $40 million investment round, led by one of the world’s biggest internet companies, China’s Tencent.

In addition to Tencent, Singapore’s sovereign wealth fund Temasek is also going to be a part of this funding round. These are big-ticket investors, and it is a clear indication that True Layer must be doing something right to have drawn the attention of such institutions. Despite the current turmoil in many industries in the UK due to Brexit, the Fintech industry has grown impressively over the past few years and is expected to do so in the years to come. True Layer was founded by two Italians named Francesco Simoneschi and Luca Martinetti and ever since its establishment; it has raised $10 million in investment.

The actual function performed by True Layer can be extremely lucrative in the long run since it helps to connect third parties with the treasure trove of the information held by banks. In addition to that, the possibility of the onset of open banking reforms could prove to be a huge development for True Layer and make the company one of the biggest players in the industry. It is quite clear that Tencent, one of the world’s most well-known investors in tech startups, has seen the potential of True Layer and are hence leading the funding round. It is also important to note that the company is located in London, which remains one of the world’s most important centers for the financial industry and that gives True Layer an edge over many of the Fintech startups located in other European cities.

Stablecoin Are Dominating The Market Share Of The Crypto Volumes 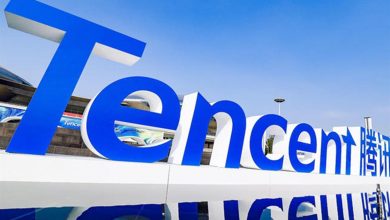 Tencent to Overhaul Overseas Strategy after ‘Honour of Kings’ Failure