Over the course of the past decade or so, African countries have grown their economies at a remarkable rate, and consequently, the biggest banks in the world have set up shop in a range of the countries. One of the most common ways in which governments in developing economies raise money is by selling certain state-owned assets to the private sector, and that is where the banking giants come in. In a new development, it has emerged that asset sales are going to go into overdrive in Africa and the opening up of the Ethiopian economy is another factor that has generated interest among banking giants. According to reports, Citigroup and Credit Suisse are gearing up to broke a flurry of deals as the asset sales begin. Vikas Seth, one of the top executives at Credit Suisse, who is in charge of mergers and acquisitions in Africa, Middle East, and Europe stated that privatization of state assets is now dominant in African countries.

A range of countries are now looking to bring in reforms in their countries, and privatization of these assets is proving to be a popular measure. He went on to state that Angola is looking to privatize as many as 175 companies in the country, while Ethiopia is all set to have a mega telecom auction. On the other hand, Miguel Azevedo, who is Citigroup’s head of investment in Africa and the Middle East, stated that Kenya is fast emerging as one of the key players in this whole enterprise. The country is looking to make investments in the East African region, according to Azevedo. He stated,

Kenyan-based companies are looking into Ethiopia as a big opportunity. That area I would say, as an area, rather than a single country, is of particular interest.

Vikas Seth of Credit Suisse delivered an interview with a leading financial media company and stated that the privatization process would continue to thrive as the demand for excellent infrastructure growing in several African countries. He said,

As the continent industrializes and as the African Continental Free Trade Area becomes effective, the need for world-class infrastructure to facilitate intra-Africa and global trade will only increase.

Considering the fact that Africa remains one of the most mineral-rich continents in the world, it would not take a lot of effort for mining giants to start investing heavily.

Tether Price Comes Under The Selling Pressure and Deals with Loss 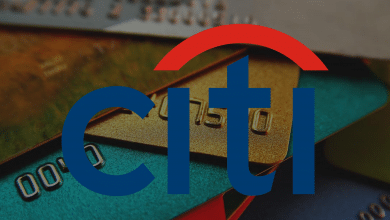