A little over two weeks into its launch, ClaimSwap has received an impressive boost in terms of acquiring new users and investors on its platform. According to the latest statistics, the growth registered by the swopping platform is around 150% when compared to the previous week. This exponential growth has placed ClaimSwap on the top of the list of the decentralized applications that the Klaytn ecosystem offers to the customers.

Given the fact that the Klaytn is still growing and in its fledgling state, experts are bullish on the further growth prospects of ClaimSwap. As ClaimSwap draws inspiration from SushiSwap, many people are not surprised by its success. In the last week, the total number of active users on the wallet reach an impressive number of 4200, thereby translating into a growth of more than 150 %.

The number of active users has transacted $63 million in terms of volume, with the total number of transactions hovering around 53,000. ClaimSwap operates on the model of the automated market maker (AMM), and this decentralized exchange is proving instrumental in expanding the ecosystem created by Klaytn. The ultimate aim of the ClaimSwap team is to come up with other protocols too that are more user-friendly, just like the platform provided by Uniswap-Sushiswap.

The code on which the entire working philosophy of ClaimSwap is based will be made public once the audit process is complete. This code then can be then utilized by any application developer to build any DeFi app, which, in turn, will help the ecosystem to grow and provide more competitive services to users. The organization believes that the path of progress lies in expanding the ecosystem offered by Klaytn as it will attract more users and transaction volume to the decentralized exchange.

In terms of total value locked, the platform has $298 million in its kitty, with farming rewards ranging between 4% to 1900%. It is also important to note that investors who use the native token of the Klaytn network, i.e., KLAY are eligible for higher rewards in terms of the CLA tokens. Also, CLA tokens provide an opportunity for investors to have a say in the governance by providing them with the opportunity to vote in the important decision-making related to the platform.

Interestingly many other decentralized applications on the Klaytn platform have got a boost in this recent week, including the Bluewhale Protocol, which enhanced the total number of users by more than 48%. This decentralized finance service is making waves and has been able to increase its user base substantially. Pala is also not far behind in terms of overall growth and made considerable progress in the existing ranking by attracting almost 1000 active users in the last week. 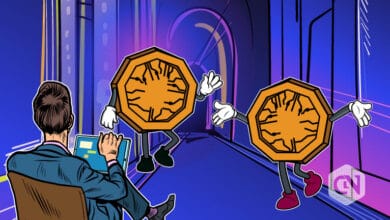